Below Are Today's Google Web Alerts for: "Damaris Rau"

A Google Web alert is an email that lets the user know if new web or updated pages appear in the top twenty results for his/her Google Web search.

08/20/09 Jessop said he came up with the idea after watching a segment on "Dr. Phil" that detailed the sugar daddy dating site SeekingArrangement.com 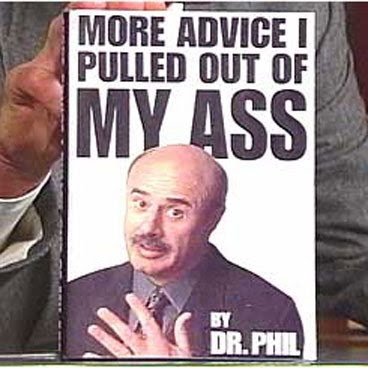 Remember Stephen Dent, the DuPont heir who got worked over by a tag team prostitute/pimp married couple after he met the wife on a straight and narrow website called SeekingArrangements.com? He probably would've gotten fucked sooner or later even without the assistance of a bald TV psychologist (Dent was a regular on SA.com, and also kind of an idiot who regularly sent money to women he met online) but apparently it was Dr. P who sped things up a bit, after tipping off Dawn (left) and Christopher Jessop as to where they could find a treasure trove of suckers.

In an interview with police, Christopher Jessop, 30, of Mansfield, Ohio, called himself the mastermind of the scheme that successfully bilked 54-year-old Dent out of more than $200,000. Jessop said he came up with the idea after watching a segment on "Dr. Phil" that detailed the sugar daddy dating site SeekingArrangement.com.

"I was like, baby, you know, get on the computer and see what this is about," said Mr. Jessop, detailing a conversation he had with his wife, Dawn Jessop, to Greenwich detectives in a March 19 jailhouse interview. "The next thing I know, I mean, these rich guys are just sending us money for nothing...just conversations over e-mail."

Although the Jessops obtained money from other wealthy men on the Website, the Jessops told police they only blackmailed Dent.

Thanks for all your help in advertising these last few concerts of the
summer season.

BOB BUTTON ORCHESTRA TO PLAY IN THE
DEPT. OF PARKS AND RECREATION
WEDNESDAY NIGHT CONCERT SERIES

The Department of Parks and Recreation announces that the Bob Button Orchestra will perform in the Wednesday Night Concert Series at Roger Sherman Baldwin Park on August 26, 2009 at the special time of 7 pm to 8:30 pm.

This popular 16-piece orchestra will present a program of big band classics as originally recorded by the famous bands of the Swing Era. Gail Clear is the featured vocalist.

Button and Bows, the talented group of female singers will also appear with the band for this performance.

A portable dance floor will be installed in front of the bandstand for those who would like to dance while listening.

This is the last Parks & Recreation Wednesday Night Concert of the summer season. So don’t miss your last chance to relax, bring the family, a picnic dinner and listen to some wonderful music under the stars.

If it rains the performance will be held the next day on Thursday at the park. For rain information call 618-7650 after 4 pm.

For more information please call the Recreation Office at 622-7830.

THE SOUND BEACH COMMUNITY BAND
TO PERFORM AT BINNEY PARK

The Department of Parks and Recreation announces that the Sound Beach Community Band will be performing on the Showmobile at Binney Park on Sunday, August 30, 2009, from 7:00 pm to 8:30 pm.

Bring a picnic dinner and a blanket, and join us for a wonderful night of music under the stars.

For more information please call the Department of Parks and Recreation at 622-7830, or visit our website at www.greenwichct.org.

08/20/09 YOU WONT READ THIS IN THE GREENWICH TIME: Hamilton Avenue School Is Leaking Again 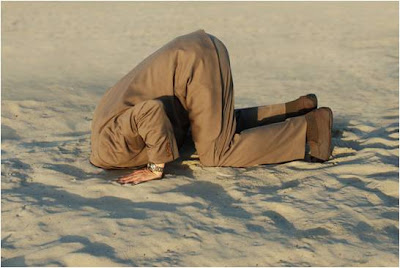 Greenwich Public Schools Facility Director Anthony Byrne would not allow this to happen on the East end of Town, because he would soon be out of a job.

To our parents at Hamilton Avenue School

We would like to give you an update on the school building;

*During last week's storm, one section of the flashing (by the parent pick up entrance)

became loose and was hanging creating a safety hazard. Worth

Construction was contacted for repairs and further inspections. Since then the flashing

has been remove and the areas have been inspected. A work order for the repairs is in place.

*As early as yesterday, a leak was found on the junction of the old and new building (by the music room). Once again the District contacted Worth constructions and were awaiting a response.

We understand that this area is being inspected today.

*We have also been informed that work has began in the field,(baseball field).

As of this time all items have been addressed and their repair will not affect the start of the school year.

The school will continue to follow protocol in any other finding.

The protocol continues to be: Facilities Dept. contacts Building Committee which in turn contacts

Worth Construction for remediation.

Updates will follow as soon as we are informed.

Artificial turf debate is scorching hot
GREENWICH -- On one of the hottest days of the year, two aspiring high school players took off their sneakers and tossed a football back and forth on an artificial turf covered field at Greenwich High School. Read More »

About 29 municipal employees are expected to call it a career at the end of this month, the vast majority taking advantage of a retirement incentive program offered by the town to help reduce the Read More »

Byram chaffing with public pool situation
It's 90 degrees outside. You're the 41st person in line to use the Byram Park swimming pool, the only public facility of its kind in town. Tough luck. The pool only holds 40 people at a time. Read More »

Once Again Commented About The Poor Quality Of

In an astonishing bit of investigative journalism, our local paper has discovered that hurricanes have hit Greenwich in the past. “Who knew?”, said amateur blogger and publisher Lincoln Millstein. “I mean, I look out the window and see sunshine, then that’s as far as my memory goes – I’m always surprised if it rains the next day, but my crack editors have prevented me from reporting that departure from normal – they think it’s happened before, though they can’t remember when. But our guy really went to town on this one – dug up records, spoke with our custodian, the whole shebang – no fear or favor around here, by golly.”

The Time article discusses storms that started in the south as hurricanes but arrived here as rainstorms in the 1990s and those were certainly colorful. And its reporter did stir himself to discover that right around the time of the doddering Millsteins’ birth, a “really, really big one” surged over Long Island in 1934. No mention is made, however, of Hurricane Carol (1954) or even her weaker sister, Donna (1960). Pressed on that omission, Millstein scratched his head. “1954, you say? 1960? We don’t do those years.

But say, did you see our Scusie’s latest piece on the Gifford’s dog Touchback getting a shampoo?