Mr. Tisdale, Executive Director of Action for Bridgeport Community Development (ABCD) was honored for his work in the Bridgeport community. As Director, he oversees programs in economic development, job training, day care, legal services and housing development in an attempt to promote institutional change and enable the region's poor to become self- sufficient.

Please see other posts from the Greenwich Diva: 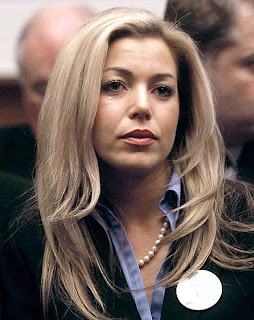 GREENWICH, Conn. - A Greenwich probate judge has upheld a settlement of more than $1 million between a cruise ship line and the widow of a missing passenger ...

... has any right to go on your property than they have to go on every other Vermont farm's property.'" Guite, 62, of Greenwich, Conn., signed to buy the land in December -- provided he could move the graves. The hilltop graveyard, surrounded by a white ...

A Greenwich probate judge has upheld a settlement of more than $1 million between a cruise ship line and the widow of a missing passenger.

Diane Blanchard of Greenwich, Conn. poses for a photograph Friday, May 2, 2008 in Stamford, Conn.

... enhancing shareholder value, taking account of the environment, our cash flow, capital structure and covenants." Greenwich, Conn.-based United Rentals is No. 1 on the new RER 100.


Rell: State Agencies Must Cut Back

... The Honor Network -- to pay tribute to our nation's fallen heroes," Heisler says. On April 1, John Michelotti of Greenwich, Conn., filed a lawsuit in U.S. District Court in New Haven, Conn., against Heisler and The Honor Network. The lawsuit claims ...

Wait Till You see the water drainage and crawl space pictures of the contaminated modular classrooms.

The Cover Up Continues

Betty "You Can Trust Me" Sternberg's And Her Failed Administrators Have...

Greenwich Is Going To Hell In A
Hand Basket
This has been a horrible week.
First I was reading the Greenwich Time Real Estate Column that is written by that guy I like to call "The Chris Fountain Wanna Be"
Because everyone knows that there is only one true real estate columnist in Greenwich and he is the almost amazing and semi-incredible Chris Fountain....

hedge fund managers living in Greenwich, Conn., can pay a tax of only 15 percent on hundreds of millions of dollars of income - and even then, only when they deign to bring it into the United States from offshore accounts - something is wrong. ...