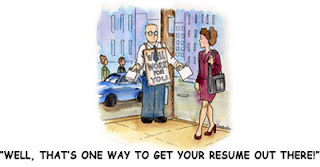 Where: Greenwich Library at Meeting Room Need to re-write or update your resume?

This workshop will cover the basics of resume writing, with tips and advice, including what NOT to do. Ellen Mehling will review via email an existing ... 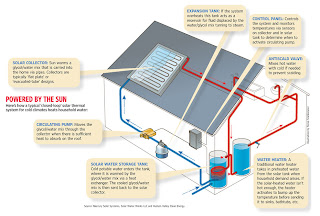 Let the Sunshine In

This month, I've spent hours tramping across my roof with energy experts. We've measured its pitch, calculated how closely it faces true south and used high-tech tools to determine what times of day and which months the rooftop will be shaded.

The goal: to figure out how much the sun's free power can offset my home's hot-water and other energy needs....... 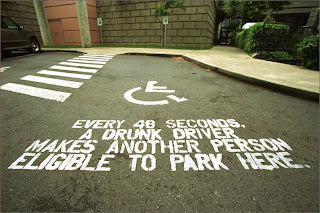 A driver allegedly fled an accident in Greenwich, Conn., before striking three parked cars in Port Chester, but told police she didn't realize it when they later found her sitting in her car, bleeding from the head.

Yvonne Leon of Cos Cob, Conn., 57, was charged with driving while intoxicated and fleeing the scene of an accident, misdemeanors, said police Lt. James Ladeairous.

Police in Greenwich alerted their Port Chester counterparts Thursday afternoon that a white Acura Integra had fled an accident. Moments later, village police got another call that the same car was seen smashing into cars on North Main Street in the village. A village officer spotted the Acura, with a flat tire, in the parking lot of Cafe Mirage.

An ambulance was called and paramedics bandaged her head. She refused to take a breathalyzer test, but police noticed the smell of alcohol.

She was released without bail because she was still bleeding and had to be taken to Greenwich Hospital. She is due in court Monday.

Jackie Calagna, 15, she mourns the loss of the Riverside Wiffle ball field that she and her friends helped to build.
(Bob Luckey Jr./Greenwich Time photo)
In less than an hour, a field disappears

It's gone. At 9:03 a.m. yesterday, the alarm clock finally sounded for the group of teens who built an unauthorized Wiffle ball field of dreams on a public lot in Riverside.

A century of filling up and helping out

Bill Strain and his family have owned the Round Hill Service Station, Round Hill Store and Mader Petroleum Distributors Inc.

Up on Sherwood Avenue, hidden amid the sprawling trails and trees lurks a growing threat to plant wildlife.

STAMFORD - Three California men arrested after state troopers allegedly found more than 50 pounds of marijuana on their tractor-trailer were arraigned at Superior Court in Stamford yesterday.

When Megan Jarchow moved to Greenwich from Houston, she knew she wanted to continue playing competitive volleyball.

Is there any force more powerful in our often misguided world than the potential for a lawsuit?

The latest victim of our litigious ways is the now-famous Wiffle ball field that met its demise this week, a short-lived testament to youthful ingenuity turned to scrap and kindling with the thump of plywood hitting the ground.

Greenwich First Selectman Peter Tesei this week ordered that the field be taken down because of liability concerns. That wasn't the ending many in town, and in the country, were rooting for. Tops on that list were the teenagers who'd spent weeks clearing the lot of overgrowth and debris before building the field, including a backstop and home-run fence. What ensued was a Wiffle war waged between the kids and neighbors who wanted them out. ....

Decision on ball field was correct, but ...

The first selectman's decision to deny the kids of Riverside use of the Wiffle ball field was, in the end, understandable given the issues at hand: storm-water management and flood protection to the abutting homes ("Tesei shuts Wiffle ball field over liability issues," Greenwich Time, July 17).

Although this was an unpopular decision, it was correct, as the selectman had to weigh what was appropriate use for that land, both from a legal and a community standpoint.

Having said that, the joys of childhood and teen years should always include being able to enjoy times with friends and, as in the case with Wiffle ball, spending time playing an offshoot of what is unique to this country: America's pastime - baseball.

As a coach in the Senior Babe Ruth league in town, and as a former player, the best times of one's young life is being able to quickly assemble a pick-up game on a hot summer afternoon. There is a unique quality to the unstructured nature of doing so.

What the town might consider here is to potentially identify some space, which does not encumber residents or violate land use, so as to develop a similar field that these kids can use, or better, allow them to develop it themselves with the proper sign-off in the end. After all they have endured, I think this community owes that to them.

A Stamford man was arrested yesterday in Riverside and charged with driving under the influence.

Edward A. Brady, 56, of 1450 Washington Blvd., was pulled over shortly after midnight on Friday morning after police observed him exceeding the 35 mph speed limit on East Putnam Avenue, according to a police report.

During the traffic stop, police smelled alcohol on Brady's breath and noted his speech was slurred, the report said. He also said that he'd had "too much to drink" and subsequently failed a sobriety test, according to the report.

Brady is scheduled to appear in state Superior Court in Stamford on Friday, July 1.

Police arrested JoAnn Bruno, 53, of 16 Mariners Lane, Stamford, Wednesday afternoon and charged her with driving under the influence during a motor vehicle stop on Holly Hill Lane, according to a police report.

A patrol officer saw a white Buick Park Avenue traveling east on Holly Hill Lane swerve across the double yellow line and nearly strike his car head on, according to the report.

The officer pulled over the car on Glenn Street and ordered Bruno out of the car, according to the report.

Police detected the odor of alcohol on Bruno, the report said, and she had slurred speech and glassy eyes.

Police administered field sobriety tests, which Bruno failed, according to the report.

She was released on $250 bond, and is scheduled to appear in state Superior Court in Stamford on Wednesday, July 30, according to the report.

Alexander H. Mascioli, 32, of 24 Hemlock Drive, was arrested by warrant Wednesday afternoon and charged with second-degree failure to appear in connection with a driving under the influence arrest, according to a police report.

Police arrested Mascioli at his residence without incident, according to the report.

He was released on $1,500 bond and is scheduled to appear in state Superior Court in Stamford on Wednesday, July 23, according to the report.

Four of the boys are 17 years old and the fifth 16 years old, according to the report.

On July 6 police responded to Bible Street on a report that a group of youths had driven by in a car and thrown eggs at automobiles at the residence, according to the report.

The homeowner saw the license plate of the car, leading police to the teenagers, according to the report.