05/22/09 READER SUBMITTED COMMENTS: Sam Robins Says "Where is your coverage?"

05/22/09 WE FOUND A NEW GREENWICH BLOG: The Latest From Greenwich Represenitive Lile Gibbons

GREENWICH DELEGATION CALLS FOR BAN ON ZONE PRICING OF GAS ...
By jdooley

Hello Greenwich Round Up~ I just told all my twitter followers to check out your site. My name is greenwichhomes on twitter. I give updates on the markets.

There seems to be some confusion regarding today's meetings. The 2:45 pm and the 6:00pm meeting are intended for parents of 8th graders attending the Washington DC trip next week in order to discuss the fact that the District is considering cancelling/postponing the DC trip.

***In addition, tonight's Inauguaral Ball dance at Western Middle School has been cancelled.


Please Send your comments to GreenwichRoundup@gmail.com
Posted by Greenwich Roundup at 5/22/2009 03:17:00 PM No comments: Links to this post

We have been informed by the Greenwich Department of Health that in the 6th grade at Western Middle School – to date – there have been 19 negative rapid flu tests and 15 rapid flu tests are positive for some type of flu. The flu virus rapid tests cannot determine whether it is the H1N1 virus. The positive rapid tests have been sent to the State Department of Health for further testing. As we will not have the results from the State until mid to late next week, and with guidance from medical experts, the District is seriously considering postponing and/or canceling the Western Middle School 8th grade trip to Washington, D.C. next week. The school is in the process of contacting 8th grade parents now to discuss the situation.
There will be two meetings held at WMS today to discuss this situation. The first will be held at 2:45 pm and the second will be held at 6:00 pm. Thank you.
(Greenwich Public Schools)

Please send your comments to GreenwichRoundup@gmail.com
Posted by Greenwich Roundup at 5/22/2009 03:16:00 PM No comments: Links to this post

Greenwich, Conn. – May 22, 2009 – In today's challenging economic environment, now, more than ever, is the time for businesses to promote their products and services and for individuals to make valuable connections through networking. An opportunity waits at the upcoming Greenwich Chamber of Commerce Business & Culinary Showcase at the Hyatt Regency-Greenwich, Thursday May 28, 2009, from 5:30 to 8:00 pm. Two new events – a fashion show of summer apparel and a "Throwdown Chowder Challenge" - will highlight this year's program. The showcase is expected to draw more than 65 exhibitors and 400 attendees.

Eight Greenwich retailers will feature the latest summer fashion looks and styles for both men and women, showcasing the most up-to-date outfits and accessories for both work and play. This special fashion show will be presented by Anne Fontaine, Brooks Brothers, COURAGE b., J. McLaughlin, Marietta C., Michael Kors, Out of the Box and Pamela Ferrari. Phyllis Ayman of How to Say it With STYLE will be the moderator.

Greenwich Deputy Chief/Fire Marshall Joseph H. Benoit, Jr. will create his specialty, Manhattan clam chowder, in the first annual "Throwdown Chowder Challenge," while Mary Ann Morrison, President and CEO of the Greenwich Chamber of Commerce, will whip up her family's famous cheese chowder. Investment Counselor Charles Mansfield will prepare his special corn and lobster chowder after weeks of perfecting his recipe. Chef Jean-Louis Gerin of Restaurant Jean-Louis,Bill Rosenberg, Executive Chef at F.I.S.H., and Chef Rafael Palomino of Greenwich Tavern, formerly Palomino, will choose the winning chowder. Folks attending the Business & Culinary Showcase will also have the opportunity to taste the chowders to make their own decision.

Along with these two new events, the showcase will also feature the area's top restaurants and caterers who will present their signature hors d'oeuvres and specialties. In addition to a variety of innovative exhibits, a number of exhibitors will feature the latest in "green" products and services. Banks, hotels, beauty salons, lawyers, doctors, transportation firms and utility companies are among the many categories of participating local businesses.

"This event offers a great opportunity for individuals to make connections and develop new business relationships, which are critical in today's economy," said Morrison. "The showcase is a very cost-effective way to reach a large audience and our new special events this year add another dimension to the program, creating a more interesting format and featuring a variety of different types of businesses."

Exhibit space is still available with prices for Greenwich Chamber of Commerce members ranging from $350 to $500. The prices for non-members range from $750 to $900. After May 7, the price increases by $50. The deadline for exhibitors is May 12.

For attendees, the event promises to be upbeat and stimulating. Complimentary beverages, exciting door prizes, plus free parking are included. The cost to attend is $15 for Greenwich Chamber of Commerce members and $25 for non-members before May 14. After May 14, add $10 for both members and non-members.

Continental Fine Wines is generously donating all the wine for the evening. "We will be serving both red and white wines, boutique in style, that are pleasing to the palate and also priced at a great value," said Frank Lugossy of Continental Fine Wines. Continental Fine Wines will also have a booth showcasing a wide selection of boutique wines that offer values at every price point. Nestle Waters North America is generously donating the water and also sponsoring a table for the Greenwich High School Energy Conservation Club. ShopRite Grade A Supermarkets is generously donating the soda. Seaside Design is providing all graphic design. Jeff Weber, Executive Vice President, Business TalkRadio, will serve as MC. TMK Sports & Entertainment is producing the event in coordination with the Greenwich Chamber of Commerce.

The Greenwich Chamber of Commerce, a non-profit business organization, has served Greenwich since 1917. The Chamber's mission is to encompass and promote the well-being of the entire business community within Greenwich while maintaining the town's residential integrity and enhancing the quality of life.

Please send your comments, news tips and press releases to GreenwichRoundup@gmail.com
Posted by Greenwich Roundup at 5/22/2009 11:21:00 AM No comments: Links to this post

05/22/09 READER SUBMITTED COMMENTS: About your Blog

I came across your blog at Blogger.com. It is very interesting. If you are interested, I would like to extend an invitation to join Allvoices. It is a citizen journalist site. We discuss, debate and write about everything under the sun here.The site has a lot of people who are passionate about writing and use this as a tool to make a difference.

Allvoices also has an incentive programme for writers who can earn up to $10,000 cash. You can visit http://pea.to/p2 for more details and register. 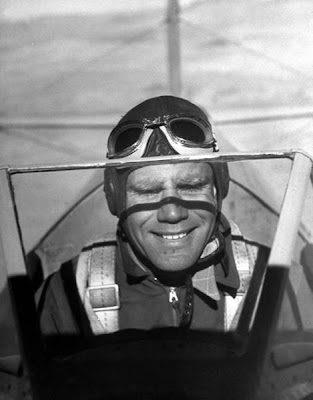 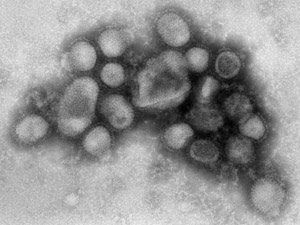 Please Also See:
05/21/09 The Greenwich Board Of Education And The Local Lamestream Media Won't Tell You The Truth, But The Wwstern Middle School Mothers Will
05/21/09 Greenwich Post Is Next To Last With This Breaking News: Where's The Greenwich Citizen?
05/21/09 Better Late Than Never: The Greenwich Time Reports On The Confirmed Swine Flu Case At Western Middle School
05/21/09 Parents say Greenwich Swine Flu outbreak was handled all wrong by the BOE and the town Health Department
05/21/09 This Is What The Western Middle School Parents Were Given Today When They Picked Up There Sick Children
05/21/09 Greenwich Public School's Issues A Western Middle School Swine Flu Update
05/21/09 Breaking News: Greenwich Roundup Exclusive>>>>> One more Greenwich child has been confirmed with Swine Flu
05/21/09 A Mother Reports From Western Middle School
05/20/09 In A story Reported First In Greenwich Roundup - Swine Flu Fears Hit Greenwich After 19 Middle-School Students Became Ill With Fevers
05/20/09 Greenwich Public Schools Press Release: 19 Western Middle School Students Come Down With Fevers On Class Trip
The Raw Greenwich News Feed Continues .......
Survey claims CVS sells out-of-date goods
Connecticut Post
The survey found outdated products in three CVS pharmacies in Norwalk, two in Bridgeport, and one each in Stratford, Monroe, Brookfield and Greenwich. ...
Hedge fund recovery confirmed with April figures
Hedge Funds Review Magazine
Hedge funds moved solidly in April into positive territory for 2009 as measured by the Greenwich Global Hedge Fund Index (GGHFI). The index returned 3.49% ...
OpenTable shares soar nearly 60 pct in IPO feast
IdahoStatesman.com
"The door is starting to open, but it's not wide open yet," said Kathleen Smith, a principal with Greenwich, Conn.-based Renaissance Capital. ...
Past Catches Up With Ex-UConn Football Player Facing Murder Charge ...
Hartford Courant
Eric Naposki was backing his car out the driveway of his Greenwich home Wednesday ...
Andromeda Acquisition Corp. Extends Galaxy Nutritional Foods ...
Earthtimes (press release)
GREENWICH -- Andromeda Acquisition Corp. ("Purchaser") today announced that it has extended the subsequent offering period of its cash ...
Schedule of Veterans Day observances in the area
Norwalk Advocate
GREENWICH -- The Byram Veterans Association will hold its annual Memorial Day parade at 2 pm The route begins in front of the Byram Veterans Club at 300 ...

Marisa Noel Brown Gives In
Cityfile
... and the wife of Matt Brown (who worked for her father at Fairfield Greenwich), Marisa's been contemplating a sale for quite some time now. ...

Police Reports
Westport-News
According to the report, Shepard surrendered himself at Westport Police headquarters after he learned there was an arrest warrant issued by the Greenwich ...

Boating group changes name
Greenwich Post
Armed with a new name, new members and a future goal of having the “go-to Web site for Greenwich boaters,” the Greenwich Sail and Power Squadron is looking ...

Senate heads for close death penalty vote
Connecticut Post
L. Scott Frantz, R-Greenwich, a supporter of capital punishment, said he was inspired by the debate, which he thinks should be revisited annually, ...

Going up: New water-side home in Greenwich reflects Arts and ...
Danbury News Times
The pantry has a wet bar and wine cooler, and the island kitchen, with cabinetry by Christopher Peacock of Greenwich and Norwalk, has double Wolf wall ovens ...

State board sidesteps toll debate
Connecticut Post
The agency coordinates transportation planning for the eight Fairfield County towns from Greenwich to Weston. An already skeptical public needs to be shown ...

Growing friendships along with the arugula
Greenwich Time
For example, a small but vocal group of pre-teen youngsters, all members of the Greenwich Boys & Girls Club, showed an interest in gardening recently and ...

Connecticut fans on deck for Yankee Stadium trains this weekend
Connecticut Post
Two will originate in Stamford, and make all local stops between Greenwich and Mount Vernon East. After 1:05 pm and 4:10 pm weekend games, there will be ...

Bernie Madoff: Sandra Manzke's Link To $6.7 Billion In Losses
TPMCafé
Given that Manzke probably knew Fairfield Greenwich Group had several billion dollars invested with Bernie, one is left to wonder what threshold would ...

Adult Adoptions Generate Legal Disputes over Trust Rights
ABA Journal
A probate judge in Greenwich, Conn., ruled the trusts were designed for grandchildren who had a “typical parent/child relationship” with Watson and her ...

05/20/09 A Real Greenwich Blogger And Citizen Journalist In Action: Is There Another Greenwich Murder?