A year ago the Rev. Michael Moynihan was left a priest in "good standing" and moved to another post amidst allegations that he stole money from St. Michael's Church.

But he was immediately defrocked last week when the New York Post reported that Rev. Moynihan shared a ten year relationship and a New York City apartment with St, Michael's ex-choir director.
Posted by Greenwich Roundup at 2/17/2008 04:04:00 PM No comments: Links to this post 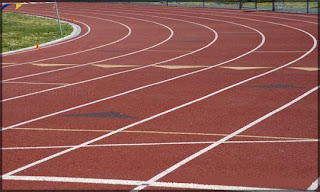 Greenwich girls relay squad shatters school record at State Open ...
Greenwich Time - Greenwich,CT
By Bob Greeney It was literally that for the four girls on Greenwich High School's 4x400-meter relay team as they each came through with sizzling splits to ...


Advocate opens in its new location
Stamford Advocate - Stamford,CT
In November, Hearst Corp. bought The Advocate and Greenwich Time newspapers from Tribune for $62.4 million. The buildings were not part of the deal. ...


Special Ed Inequalities Leaving Many Kids Behind
Hartford Courant Hartford, CT
In wealthier towns such as Greenwich or Westport , parents are fighting for horseback riding and dance lessons for sensory integration disorders and ...


Speech on the Mideast Brings Opinions to a Boil
New York Times - New York City, NY
It was, without doubt, a moment in Greenwich, a place with its own complicated fault lines. But by the end of the evening, it was hard not to think it was a ...