Robert O. Morgan, a former FedEx driver convicted of a rape and attempted rape on the UConn campus in Storrs, was sentenced to 41 years in prison Friday in Superior Court in Rockville.
Posted by Greenwich Roundup at 12/03/2010 01:03:00 PM No comments: Links to this post

WHAT: 1939 Time Capsule to be Unveiled at The Boys & Girls Club of Greenwich

GREENWICH, CT--December 3, 2010- The Boys & Girls Club of Greenwich will officially unseal the clubhouse cornerstone and open a time capsule from 1939 as part of its year-long centennial celebrations on December 8th at 4 pm.

The clubhouse cornerstone is located in the southwest corner of the building facing where a time capsule has been housed, untouched since December 9, 1939. As part of event, the Club welcomes the public as well as former BGCG members including from the 1930s and 1940s, to take part in the ceremony. Along with the removal of 71-year-old capsule, this momentous occasion will be highlighted with the dedication of a new time capsule containing items, photos and notes created by Club members in 2010. The new time capsule will be opened by a new generation of BGCG members in 2039.

The Boys & Girls Club of Greenwich cornerstone was initially laid by Mrs. Albert H. Wiggin during a ceremony at the newly constructed building in 1939. Mrs. Wiggin and her husband donated $250,000 for the construction of the building. According to newspaper accounts, the time capsule contains newspaper clippings from 1939, photos of BGCG members, names of the first Boys & Girls Club committee, constitution and bylaws. Julian W. Curtiss and William S. Wilson, president of the club, were present at the dedication ceremony in 1939.

“We are extremely excited to open a time capsule that is not only nostalgic, but will be a once in a life time event for our club members to witness,” said Bob DeAngelo, Executive Director of the Boys & Girls Club of Greenwich. “This momentous occasion caps off our centennial festivities throughout 2010 in celebration of a great Greenwich institution that has enhanced the lives of countless children in a hundred years,” added DeAngelo. 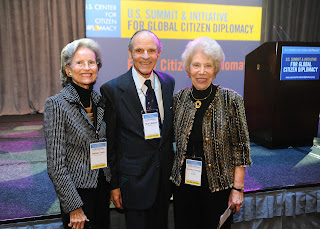