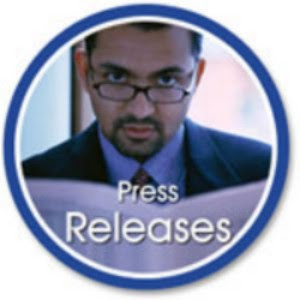 If You Send A School Press Release To The Greenwich Time. All They Do Is Run It Through The Spell Checker Before Publishing It.

If You Don't Believe Us, Then Try And Make Heads Or Tails Out Of This Greenwich Time Posting.

EXTENDED CAPTION -- "CSH"
Thirteen seniors at Convent of the Sacred Heart were named "Commended Students" in the National Merit Scholarship Program this year.
Sacred Heart Headmistress Joan Magnetti, far right, honored those students at an Oct. 3 assembly in the upper school by presenting them with letters of commendation from Sacred Heart's administration and the National Merit Scholarship Corporation.
The student honorees were, from left, Lauren Alexander, Elizabeth Carr, Kerri Whelan, Marisa Fezza, Alexandra Rizk, Kyla Harrington, Emily Schloss, Joan Ziminsky, Olivia Ruggiero, Maura James, Gillian Redman, Emma Ward and Emily Oehlsen.= = =
BLURB
Patrick Garner , a theater and television actor, recently visited Stanwich School's Primary House to lead students in an interactive theater production of "Corps of Discovery," which illustrates the adventures of Meriwether Lewis and William Clark as they explored the Louisiana Purchase territory.
The production gave students the chance to learn about these historic figures by portraying them on stage. It was part of the school's weekly arts and enrichment program, which is supported by Stanwich's Parent Association.
CAPTION -- "PLAY"
From left, actor Patrick Garner directs Stanwich School primary students Jackson Boolbol, Christopher Wack and Mary Grace Thomas in a theatrical production about the Louisiana Purchase.
= = =
CAPTION -- "FEST"
The Renaissance Festival at International School at Dundee, 55 Florence Road, will feature acrobats and other high-flying acts on Oct. 25.
Now, Please Take A Look At This Regurgitated Press Release:

Principals head to classrooms for evaluations
Staff Reports
Article Launched: 10/13/2008 02:29:30 AM EDT
Colin Gustafson
Staff Writer
Administrative assistant Cindy Lindemeyer is running a much tighter ship these days in the Riverside School principal's office.
Under her watch, meetings with Principal John Grasso are now granted by appointment only, and walk-in visits are no longer allowed. With the help of a timer, she is also ensuring that none of principal's appointments span longer than 15 minutes.
The reason: Lindemeyer wants to ensure that her boss spends less time at his desk and more time in the classroom observing faculty.
She and Grasso are one of 40 "teams" participating in the Greenwich Public Schools' new schedule-structuring system, "Breakthrough Coach," designed to free up principals so they can spend at least two days per week in classrooms.
The program, used at town schools for the first time this year, is part of a new teacher evaluation system that pushes principals to boost student performance by being more hands-on with teachers. Principals and secretaries received training last spring.
Under the new system, principals must dedicate two coaching days per week to observing faculty in the classroom. The other three days are considered office days dedicated to catching up on appointments and paperwork, said Superintendent of Schools Betty Sternberg.
Principals often fail to prioritize their work and get overly focused on "staying afloat instead of paddling the boat," she said. "They lose focus on the main priority" of directly helping .... blah .... Blah .... Blah ..... Blah ......
Comment:
Once Again Colin Gustafson failed to talk to any parents before publishing a Greenwich Public School Press Release word for word.

By Meredith Blake
Staff Writer
Article Launched: 10/13/2008 02:29:10 AM EDT
Every year Maureen Butler, Whitney Keyes and Diane Sedlock come out for the annual 5k Run/Walk held in honor of Susannah Chase, who was killed in Colorado in 1997.

"We try never to miss it. Maureen runs every year. I walked this year, with a stroller. It's just so nice to have a day each year to celebrate Susannah - to remember what an amazing person she was," Keyes said.
Hundreds of people gathered at Greenwich Point for the 11th annual Susannah Chase Run Sunday.
"It was fabulous," said Julie Chase, Susannah's mother, " It was a better turnout than I had expected."
Every year the Chase family looks forward to the event as both a chance to reconnect with family and friends, as well as a time to celebrate Susannah's life, her mother said.
Susannah Chase, 23, was found beaten on Dec. 22, 1997, in an alley by her home in Boulder, where she was attending the University of Colorado. Diego Olmos Alcalde, a Chilean native with Denver-area ties, has been arrested and charged in the slaying..... 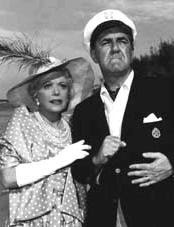 Choose a Side - I Mean Two Sides
TommyMac71

So I went out in Greenwich with two friends last night to have a few adult beverages. For those of you who aren't from Connecticut, Greenwich is a wealthy place where everyone acts like Thurston Howell III, including the women. ...

...And the rest of us are just happy we can have a piece of cheesecake with a candle in it on our special day without being judged by romantic snobs. I mean really -- would Thurston and Lovey sit on the same side of the table? Not on an island, not in a restaurant.

City Confidential: Greenwich: Who Killed Martha Moxley?
Murder, wealth, power, a famous family--all are part of the Martha Moxley homicide in Greenwich, Connecticut. Martha's 1975 murder was linked to Tommy and Michael Skakel, nephews to Ethel Kennedy, which some think led police and the media to back away from an aggressive investigation. But the case was reopened and Michael Skakel was indicted. In June 2002, he was found guilty of murder. Narrated by Paul Winfield

10/13/08 Bloomberg said Shays will be an asset to either presidential candidate as they deal with the economic crisis. 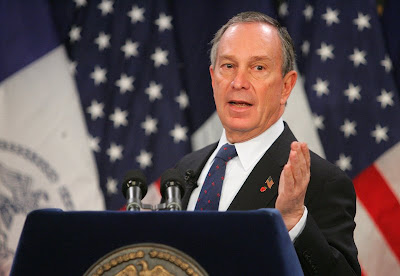 "His judgment is really rock solid. He looks at the facts and is willing to vote for things that he thinks are good whether or not partisan politics dictate or ask him to do so."

Christopher Shays, R-4, helping to raise more than $100,000 in Shays' race against Democratic challenger Jim Himes, of Greenwich. Shays studies issues and ...
....Several state Republicans attended the event, including state Sen. William Nickerson of Greenwich, state Rep. Toni Boucher of Wilton, and Scott Frantz, who is running for Nickerson's seat.
Nickerson said Shays has been a leader on issues affecting global markets.
Even though members of Congress -- Shays among them -- passed the controversial $700 billon bailout bill for Wall Street, stock markets worldwide tanked last week. But Nickerson said criticism of the bill is premature.
"The bailout bill has not even been implemented," Nickerson said. "One-day stock market fluctuation is not a judgment on whether Congress or the White House is handling this properly."
Shays thanked supporters for his 21 years in Congress.
"I made a Freudian slip one time," Shays said before his wife, Betsi, introduced Bloomberg. "I said being a member of Congress is very humiliating. And I meant humbling, because every one of my constituents knows more about a particular issue than I do."
ALSO:
Himes traveled long road to 4th District race
Connecticut Post
Although the 42-year-old's public-service experience is limited to being chairman of the Housing Authority in his hometown of Greenwich and two years on the ...
Shays a true survivor, but will he win again?
Connecticut Post
Shays has been hearing a similar refrain from Greenwich Democrat Jim Himes, who is challenging him this election. A Himes campaign analysis found that Shays ...


I Know What You Are Thinking

This Appears To Be The Largest Oriental Church In Greenwich.

However, I must say that it is just a coincidence that I go to this church and my wife is from South Korea.

Please Look At Some Videos From My Church?

You Will Be Surprised

By The Way, You May Notice That They Did Not Ask Me To Be In Any Of These Videos?

Even Though They Filmed A Good Part Of The Videos Right In Front Of Me At Church The Coffee Bar Where I Volunteer!!!!!!!

I Guess They Thought I Was Too Busy Running The Coffee Bar To Be Bothered With Being In One Of These Church Videos!!!!!

Or they probably thought I had a lot of spiritual growing to do before I represented the church in a video as important as this.

XLR8 52 (Accelerate Fifty Two) is a call to bring more help and healing to Greenwich.

Week After Week More And More Families Are Coming To Harvest Time Church.

It Is A Wonderful Place.

Please pray and ask the Lord to help add to this much needed center of hope in Greenwich.

Harvest Time is a Spirit-filled church serving the communities of Lower Fairfield and Westchester Counties. Passion for the presence of God and genuine love for one another describe this congregation. You can see more videos here. 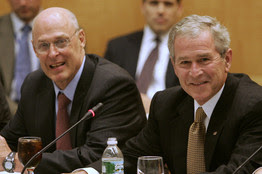 It's Wait and See for Bond Traders

The bond market will have plenty to digest when it reopens for business Tuesday, as global leaders focus their efforts on injecting fresh capital into the world's ailing banks in a latest action to jump-start frozen credit markets.
The U.S. bond market is closed Monday in observance of the Columbus Day holiday. That means the stock markets will get the first crack at determining whether the latest pledges to shore up troubled financial institutions will be sufficient to stop the crash that shook the world last week....