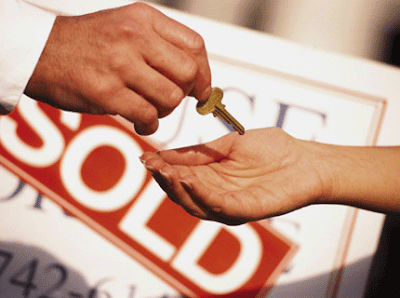 If you Want To Know What's Really Going On In Greenwich You Have To Read The Out Of Town Newspapers.....

Southport home sells quickly for this market
Stamford Advocate‎
But the seller recognized the property was competing with Greenwich, which falling prices and heftier inventory has made more accessible, at least for those ...

Many homeowners discover organic landscaping
Norwalk Advocate
A lecture by Chip Osborne, a horticulturist and proponent of organic and pesticide-free turf at the Greenwich Audubon center, was a light bulb moment for ...

Rising vacancy rates continue in Fairfield County office market
Stamford Plus Magazine
Of particular note are the increases in vacancies in both Stamford and Greenwich: The Class-A Stamford (combined Central Business District [CBD] and ...

Youth Soccer -- U-10 girls are gold in win over Darien
Stamford Times
Victor Reis, Tyler Lasicki and Conor Nicholson kept the pressure on Greenwich. Sam Phrommer ended the first half with a beautiful goal from far out. ...

Wives Of Wealthy Execs ‘Sacrifice' By Recycling And Talking To ...
Wonkette (satire)
Greenwich and environs have not yet managed to scrub the stink off the lawns after the last rabble uprising. Maybe this whole article is a parody? ...

Plan will improve safety on highways
Connecticut Post
Under both policies, the Greenwich weigh station on Interstate 95 -- the most important for southwestern Connecticut -- would be run by the two agencies in ...

USA Bank posts lower 2008 losses
Business in the Burbs
It moved its staff to the bank's main office in Port Chester and an office site in Greenwich, Conn. The bank increased its loan loss reserve in the face of ...

The Distinguished Teacher Awards Committee, established in 1984, has worked on the selection process for this year’s recipients for the last eight months.

The committee selects the Distinguished Teachers from nominations made by colleagues, parents, students, administrators and/or community members
based on criteria outlined in the nomination packet.

The Recipients will be recognized at the Board of Education meeting,
Thursday, April 23 rd
at Riverside School, 7:00pm.

The DISTINGUISHED TEACHER AWARDS CEREMONY
will take place at Western Middle School on Tuesday, May 5 th
at 4:00pm.

Please send your comments, news tips and press releases to GreenwichRoundup@gmail.com or click on the comments link at the end of this post.

The GHS Math Team has been named State Champion - see attached for release.

Connecticut counties conduct competitions, sending the top winners to the State CSAML competition each year in late March. There are three divisions for small, medium and large high schools. Greenwich High School competes in the ‘large’ division at the State level. The GHS Math Team has been competing in the Fairfield County Math League (FCML) matches every month since October 2008. Their successful efforts at the county level earned them a place in the State Competition. As State Champions the team will now move on to compete in the regional competition: New England Association of Math Leagues’ (NEAML) competition in Canton, MA on May 1, 2009.

Please send your comments, news tipsand press releases to GreenwichRoundup@gmail.com or click on the comments links at the end of this post. 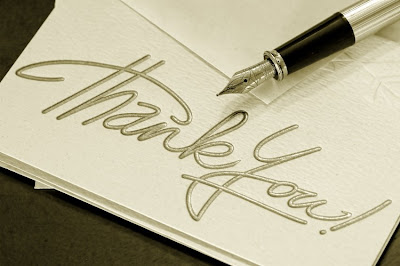 Please send your comments to GreenwichRoundup@gmail.com or click on the comments link at the end of this post.
Posted by Greenwich Roundup at 4/22/2009 06:46:00 AM No comments: Links to this post

Please send your comments, news tips and press releases to GreenwichRoundup@gmail.com or click on the comments link at the end of this post.
Posted by Greenwich Roundup at 4/22/2009 05:35:00 AM No comments: Links to this post

Greenwich Time: Food - RSS Feed
Rise and shine: Make ahead recipes for a lazy weekend breakfast - There are people in this world who enjoy getting up early and jumping right into the kitchen for the sake of fresh muffins or other such breakfast delights.
6 hours ago

Greenwich Student, Blogger And Receptionist krystle's Collection of things *not to forget*
Matthew Margolies - Poor little Matthew. This always struck close to home, because it's one of two crazy unsolved murders from my hometown- Greenwich, Connecticut. Although...
12 hours ago

Greenwich Geek David S. Isenberg's musings at isen.blog
Portraits by Gwenn Seemel - I was in Portland, Oregon some months ago for a NATOA meeting. I wandered the streets, marvelling at how Portland had changed so much faster than I did in ...
19 hours ago

EDDIE "Greenwich Native" ROSS
Let's Go Shopping! - It's flea marketing season and to kick it off, last weekend Jaithan and I spent a glorious spring morning at Elephant's Trunk in New Milford, Connecticut, on...
21 hours ago

Frank Trotta's Page At Our Greenwich
A Tale of Two Worlds: Rightwing Extremists, Leftwing Extremists, the FBI and DHS. - Weren’t the FBI and the Department of Homeland Security (DHS) talking? An FBI press release this morning proclaimed “NEW MOST WANTED TERRORIST: First Dom...
22 hours ago

Former Greenwich Resident Rosie O'Donnell"s RBlog
HOT ROCKS - a fun simple craft 4 u and ur kids find some flat rocks put them on a cookie sheet cook them at 375 for 15 mins while they cook peel the paper off some cra...
1 day ago

Greenwich Gossip By "The Scribe Of Greenwich" Bill Clark
Can David McCumber Save the Local Rag? - In the revolving door of local newspaper management by the Hearst media chain, the Local Rag, aka *Yellowwich Time*, so known for the color of the journali...
1 day ago

Ask the Doctor: Medical Health Articles
The Overall Health Benefits of Natural Herbs and Spices - Aside from the fact that Herbs add more flavor to food, there are recognized health benefits that herbs could give the body. Since ancient times, it's been...
1 day ago

Greenwich Time: Life And Family - RSS Feed
For some women, mastectomies are worth the peace of mind - Karen Aulner, 36, has never been diagnosed with cancer. She has, however, watched her older sister fight the disease since 2000.
1 day ago

Greenwich Time: Health And Fitness - RSS Feed
For some women, mastectomies are worth the peace of mind - Karen Aulner, 36, has never been diagnosed with cancer. She has, however, watched her older sister fight the disease since 2000.

Exit 55 By Rob "WGCH" Adams - The Sports Voice Of Greenwich
The Greatest Pitchers - Facebook has this application that lets users pick their top five things in any one of a number of categories, from favorite movies to albums to sports ven...

The Daily Spurgeon
We may now draw near - The dispensation of the old covenant was that of distance. When God appeared even to his servant Moses, it was, “Draw not nigh hither: put off thy shoes ...


Tribune Company's Greenwich News RSS Feed
Judge denies request for Kissel's psychiatric file - A Connecticut judge has denied a request for the psychiatric records of slain Greenwich developer Andrew Kissel by a man charged in connection with his kil...

UPDATE:
More Bloggers Are Checking In
Jane Genova: Speechwriter - Ghostwriter
Manhattan Men Lunch Like Women - Yeah, there is that same supreme value put on the luncheon engagement. The day's calender revolves around that. But it's men doing this, not those typical......

The Latest From Claudette Rothman, AKA,Greenwich Diva
Kaylee Vitelli’s father faces charges after robbery - From the Toronto Star The father of baby Kaylee Vitelli faces charges of aggravated assault and robbery in connection with an October 2006 incident at a ...

Greenwich Time: Local Sports - RSS Feed
Damon hits only homer, Pettitte beats Oakland - NEW YORK—All of a sudden, home runs were hard to come by at Yankee Stadium. Andy Pettitte and Mariano Rivera had a lot to do with that.

For What It's Worth By Riverside Blogger Chris Fountain
A contract, and it’s not even noon - 8 Baliwick has a contract and it will be interesting to see where it sells. In 2002 someone paid $1.9 for the house, and resold it for just about the same ...

The Fox Trot By Nick "The Sly" Fox
ECW Results from 4/21! Swagger Makes a Point! - ECW On Sci-Fi: (Airing Tonight) * The opening pyro hits. * Hornswoggle & Finlay are on there way out to the ring. Hornswoggle Promo as its his last night o...

Ex-Greenwich Time Managing Editor Bernie Yudain
Making the best of all the 'Best of' listings - For today's menu, your humble servant posts a few observations that have loitered on the note pad for quite a while, giving way to pontification on urgent ...

Today's Greenwich Time Most Viewed Web Article - RSS Feed
Chain of abuse: Kids in Crisis remember neglected children - A colorful construction paper chain that hung around the lobby of Town Hall Tuesday looked festive, but stood for something not worth celebrating.