08/14/08 Late Wednesday, the Sheriff's Department placed the Sohus homicide case on a security hold, barring the Coroner from discussing it. 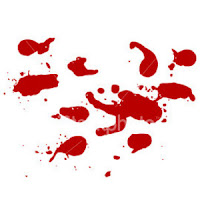 Blood may be key evidence in '85 missing-persons case

It may be a key piece of evidence in the 23-year-old missing persons case of John and Linda Sohus and a homicide investigation, officials said.

Los Angeles County Sheriff' Department spokesman Steve Whitmore said "a bloodstain somewhere in the guesthouse" is being looked at in the probe of Rockefeller and his possible connection to the disappearance of the Sohuses from their San Marino home in February 1985.

At the time of the bloodstain's discovery in 1994, officials simply said there had been evidence of foul play at the home...

....Clark Rockefeller, who remains in custody in Boston on suspicion of parental abduction, lived in the guesthouse behind John and Linda Sohus' residence at the time of their disappearance in February 1985. In the 1980s Rockefeller used the alias Chris Chichester, according to his attorney, Stephen Hrones.

Sheriff's Department officials said Monday that Rockefeller/Chichester is actually Christian Karl Gerhartsreiter, who was born in Germany in 1961.

Rockefeller, using the Chichester alias, disappeared from San Marino a few months after the Sohuses vanished. In 1988, he turned up in Greenwich, Conn., using the identity of Hollywood producer Christopher Crowe.

As Crowe, Rockefeller was pulled over while driving the 1985 Nissan pickup truck belonging to John Sohus. He had previously tried to sell it to the son of a minister, officials said.

Hrones said in an interview Wednesday that the truck was sold to his client in the late 1980s by Ruth "Didi" Sohus, John's mother.

"He gave it to someone," Hrones said, because he didn't have the title....

Here's the HOTTEST STORY of the Summer - now attracting global attention, with hordes of German, Austrian & Swiss press (among other European media) arriving in Boston to cover the Crockafellah Case - and local Greenwich Time reporters are busy reading the Lands' End Fall catalog. WAKE UP!

It's That They Just Don't Give A Damn

1) ''JOHN DOE" (aka Christopher Chichester, Christopher Crowe, Christopher Montbatten, Clark Rockefeller, etc.) arrived in the Tri-State area sometime around May 1985. Using numerous aliases, "JOHN DOE" reportedly lived & frequented & worked in the vicinity of Greenwich CT in the late 1980s. Investigators said at the time that "JOHN DOE" was a con man who often "surfaces in affluent neighborhoods and mingles in social circles by making friends with wealthy influential people. He often volunteers for good causes like raising money for charity," a sheriff's press release said at the time. For example, he was seen at the Indian Harbor Yacht Club, and probably attended a highly-regarded Protestant church.

2) Among numerous residences occupied under a variety of pretexts & aliases, "CROWE" may have lived near/on LOCH LANE at some point in the late 80s. In this period, he reportedly drove a '65 Chevy and perhaps garaged another vehicle - a WHITE PICKUP TRUCK (1984? model) - somewhere in the Tri-State area. LA Police are especially interested to know anything about this vehicle, where it was parked or garaged, etc.

3) Please examine the WANTED! poster and if you have any detailed information about this individual, his whereabouts or activities in Connecticut between 1985-89, please contact LASD police immediately, at (323)890-5500 to speak with Sgts Bobby Taylor or Timothy Miley regarding Case# 094-00061-3199-011.

... didn't have the title. Rockefeller, using the identity of Hollywood producer Christopher Crowe, was pulled over in Greenwich, Conn., in 1988 driving the truck after he attempted to sell it to the son of a minister, officials said.