09/03/11 Michelle Jones Has A Message About Childhood Cancer

The thief or thieves broke into four cars and discarded what they don't keep around the neighborhood.

One Greenwich resident, of Orchard Drive, reported to police that he noticed Saturday morning that the front passenger window of his vehicle was smashed and his Magellan GPS was gone. 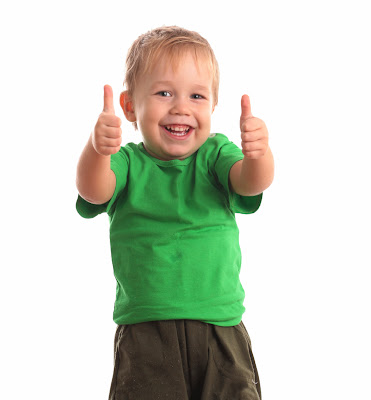 The Greenwich synagogue opened its doors to residents following the storm so they could have a place to charge cell phones and access the Internet via Wi-Fi. It also offered food and other amenities.

If outages drag on for residents, we hope other institutions follow the lead of Barry Montgomery and Temple Sholom and provide people with access to communications.

Also a shout out to the Greenwich Library.


Please send your comments, news tips and press releases to GreenwichRoundup@gmail.com
Posted by Greenwich Roundup at 9/03/2011 07:56:00 AM No comments: Links to this post

When his face crinkled in an inviting smile, female admirers queued beside... more »

Don't we all almost always use our vote to support our political affiliation? And as advocates of its interests, why not? Such partisan practice is expected and done in corroboration with our convictions. Right on!

Just ask people who know me -- I'm a steadfast Republican.

But I said "almost always." Come this November, I'm breaking from that mode in one particular instance and with good reason. I know Bill Grad, who is running for the office of tax collector. Forget that I'm a friend; his credentials are so strong I'd be irresponsible in not supporting his ambition. He's a Princeton grad with an MBA from Stamford, a proven entrepreneur who developed a successful specialized phone company and has held senior executive positions in select roles since then.

I'm supporting Bill Grad's ambition. Yes, ambition. He wants the job, and to do the work that recently has proved to require a businesslike approach.

I'm really hopeful other staunch Republicans see their vote similarly. Many residents found from bad experience that this is an important post.

We will hear much this weekend about the new memorial honoring Martin Luther King Jr. on the National Mall -- even though the dedication ceremony, timed to coincide with the 48th anniversary of King's famous speech at the Lincoln Memorial, has been postponed due to Hurricane Irene.

As an 18-year-old student entering my freshman year at American University, I was privileged to be in Washington at the time scoping out the campus.
I vividly recall driving around the Memorial late the night before, navigating around thousands of buses parked cheek to jowl.

You knew something special was about to take place. What I have never told before was a truly memorable experience that happened earlier that day, on August 27, the day before Dr. King's speech, (and Lyndon Baines Johnson's birthday) when I was walking through the Capitol with Steven Edelstein, my future roommate.

As we walked through the rotunda, approaching us came Senator Barry Goldwater, the presumptive (and eventual) nominee for the Republican Party in the 1964 presidential race. He actually stopped us, asked our names, where we were from, and what our intended course of study would be. I was quite frankly amazed at how inquisitive he was.

This was no perfunctory inquiry by a very busy senator of two wet-behind-the-ears college freshmen. He was genuinely interested and spent well over 10 minutes with us, during which, Senator Kenneth Keating of New York came by. (Senator Keating would lose re-election to Robert F. Kennedy in 1964). Senator Goldwater urged him to stop and introduced us. But Keating, more true to form of the harried politician, soon departed.

Senator Goldwater, however, lingered, further asking us about various and sundry issues. I still have trouble recounting this unemotionally, especially when you consider that less than three months later I would stand in that same space alone and contemplate the untimely passing of our country's youngest president on Friday, Nov. 22, 1963 at 6 p.m.

In some small yet meaningful way, I feel as if I'm paying tribute to the memory of a man who inspired me to believe that leaders can have an impact on young people's lives, and that there still is some nobility in public service.

Renewal applications, originally due Aug. 31, will be accepted through Sept. 9.
Commuters who miss the deadline risk being relegated to the waiting list for permits, which are in high demand.

Parking rates are being kept flat for the upcoming permit year, which runs from Oct. 1 to Sept. 30, 2012.

The wait list for Greenwich Plaza, coveted for its central location and parking garage, is estimated to be six years.

There are 720 permits were issued for Greenwich Plaza as of October 2010, with another 900 people on the wait list.

An annual permit for the garage costs $488, the same amount as the Soundview Drive commuter lot in the downtown. All other lots cost $279 for the year, including Island Beach, Horseneck, Cos Cob, Riverside, Old Greenwich and the Town Hall parking garage. The exception is West End Avenue lot in Old Greenwich, which is $100.

The total number of commuter parking spaces in town is 2,690.

Renewal forms went out earlier this summer to all permit holders, who can mail them to the town or do the transaction online at www.buymypermit.com/greenwich. A 3.5 percent processing fee will be tacked on to online renewals.

West End Avenue is the only lot that does not currently have a wait list.

WASHINGTON, DC – In the wake of Hurricane Irene and its extensive damage to the Fourth District, Congressman Jim Himes (CT-4) is offering his constituents assistance to help keep them safe, ensure they are able to collect the most for lost or damaged property, and let them know about helpful resources going forward.

“Over the past few days, I have visited several towns throughout the Fourth District and have seen first-hand the damage caused by this hurricane. We have a long way to go in dealing with the effects of this natural disaster, and it will be days – if not weeks – before things return to normal,” said Himes. “I and my office are here to assist my constituents in any way that we can. I have created an Irene recovery page on my website that provides useful resources to assist my constituents in their recovery efforts.”

· Connecticut Light & Power: Customer Service Number: 1-800-286-2000
· United Illuminating: Customer Service Number: 1-800-7-CALL-UI (1-800-722-5584)
In addition to the widespread outages that continue to affect residents of Southwestern Connecticut, many have also experienced damages to their homes or property. Himes is reminding his constituents to file claims with their insurance companies to recover the costs of the damage caused by Irene, and is suggesting that residents take photos of the damage, save receipts for transactions involving fixing damaged property, and call their insurance companies to file claims immediately. Residents can find more information at the Connecticut Insurance Department’s website, here.

Residents whose property is not fully covered by insurance may be eligible for federal disaster assistance. The Federal Emergency Management Agency (FEMA) will begin setting up disaster recovery centers (DRCs) and accepting applications for assistance shortly. Residents can learn more about applying for relief here. Himes is also urging his constituents to contact their local emergency operations centers (EOCs) to report their damages here.

Finally, the American Red Cross has been mobilizing throughout Connecticut. Himes urges all residents who need shelter, food or water or who would like to help to contact them at 877-787-3327.

Himes has visited Bridgeport, Fairfield, Greenwich, Norwalk, Stamford, Weston and Westport to capture a glimpse at the damages caused by Hurricane Irene and to speak with local officials on the ongoing recovery. He plans to visit other communities in the Fourth District later this week.
Posted by Greenwich Roundup at 9/03/2011 02:31:00 AM No comments: Links to this post

(HARTFORD, CT) – Governor Dannel P. Malloy today urged all state residents and business owners who experienced property damage from Hurricane Irene to report those damages to the state’s free Infoline, 2-1-1, or online at www.211ct.org. The collection of this data will be used to help prepare the state’s request for a disaster declaration from the Federal Emergency Management Agency (FEMA).

“Over the past few days I have seen firsthand the devastating impact Hurricane Irene has had on our state,” said Governor Malloy. “As people take stock in the damage inflicted upon their homes and businesses, I am asking residents to help expedite the data collection process of these damages and call or email them in to the 2-1-1 Infoline. The reporting of this damage is a critical step in our attempt to secure federal aid in the wake of Hurricane Irene.”

“If granted, this declaration would bring much needed help to Connecticut residents and businesses,” added Governor Malloy.

Data will be collected starting immediately. The 2-1-1 Infoline will be fielding calls seven days a week, 24 hours a day.

09/03/11 GOVERNOR DAN MALLOY: PEOPLE WISHING TO DONATE TO HURRICANE RELIEF MAY DO SO THROUGH SAFE, SECURE WEBSITE

(HARTFORD, CT) – Governor Dannel P. Malloy today announced that people wishing to make donations to help people and businesses impacted by Hurricane Irene may do so online here. The website is also accessible through CT.gov and agency websites.

“In the few days since Hurricane Irene swept through Connecticut, we’ve begun to see just how much damage was inflicted upon our state,” said Gov. Malloy. “While there are still roads to be cleared and electricity to be restored, people who are looking for ways in which they can help can donate money and goods through a safe, secure website. In turn, the state will coordinate these supplies and get them out to residents and businesses that need them the most.”

The website is FEMA-approved and coordinated through a national non-profit. It is designed to centralize donations, which are then managed by a task force leader at the state Department of Emergency Services and Public Protection. In order to reduce logistical costs and allow officials to better meet demand, financial donations are preferred.

http://aidmatrixnetwork.org/FEMA/States.aspx?ST=Connecticut
Posted by Greenwich Roundup at 9/03/2011 12:22:00 AM No comments: Links to this post