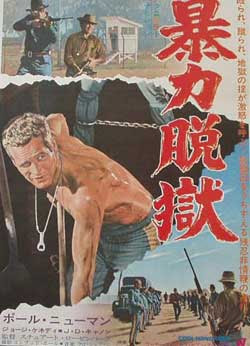 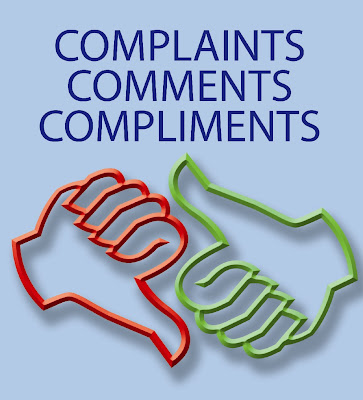 Greenwich Roundup's Citizen Journalists Are Watching Every Move And Every Breath Pisani Makes.

The Puppet Master Of The Greenwich Gossip Hound Is Now The Subject Of Idle Gossip.

Pisani's a "pouter" I'm planning on plagiarizing the "Where's Waldo" picture book and calling it "Let's Hunt for Joe's Pout" Waldo even looks a little like Pisani....what a small world made even smaller.

I have read Sarah Littman and I think she is smart to stay away from the rest of the wannabe writers and whiners.

She has talent and isn't afraid to step out on her own. I almost wish John McClain chose her as his running mate, based strictly on her writing. How will I vote republican after Thurs evenings debate? I'm almost afraid to watch.....maybe Sarah Palin could switch places w/ Sarah Littman. Then Pisani would "encourage" Palin on-board b/c the story would be sensational and he could admit HE REALLY SAID THAT. And we could read how Joe saved Palin from mass destruction in the nationally focused election.

Oh Joe, you are our HERO. Let's rename Greenwich Ave after you.

Yes, I thought the term "brown nosing" was generous. I'd like to say Pisani's entire head.

Joe Pisani's quoting Cicero and talking about the values of friendship caught my eye. Joe doesn't know what a real friendship involves. Bernie Yudain was a class act, for sure. Sorry Pisani, all the two of you share is your love for bow ties and he can wear one w/out looking like a silly little man-boy.

I don't have time for this though it makes me laugh.

I saw this article. and thought is was OK..

Sure it was overdone and notably more nauseatingly kiss ass than usual, until Pisani introduced his protege-5th daughter-former english student- blah blah blah A-HEM blah send my comments to Susie Who?

Get them out of New Canaan, Darien, Ridgefield, Fairfield, and where ever else they show up.

Can't he dig up some real news down there?

Oh yes, he can use the same shovel he uses in his itsy bitsy PR firm run by a gentleman who also quotes Cicero, though not in Latin, who inherited big bucks for sitting on his derriere (French dictionary Joe). Joe loves following a money trail, doesn't he.

Hey wait, is this Pisani-like behavior or is there something odd here? There's gotta be something in it for Joe or he ignores it. We all know that.
A friend of Paul Newman says:

I will personally pay $$$$$$$$ Hershan Acorn to take them all back and give us a break.

Thank you.
A friend of Paul Newman
(and don't even think about scooping up funeral arrangement info and putting it "OUT THERE"..... SUSIE C.)
Linda says:
What makes you think we are bored in New Canaan?
Most of us are busy trying to lose Christopher Shays because he is rather "Dan Qualish" and most of us are focused on what really matters.
Joe's dysfunctional life should stay private. We have our own spouses and kids driving us crazy that we really love. Do we need to read about his dungeon of drama?
And do we need to give Susie Cupie doll mini writing workshop or will Papa Pasini tutor her again?
For free?
What a big surprise.
Me next Mr. Pisani!!!!
Comment From Greenwich Roundup To Linda:
We sincerely apologize for saying everyone in New Canaan must be so bored that will enjoy reading Susie's column.
We should have realized that intelligent New Canaan residents would dislike her column as much as Greenwich news readers.

Please see previous reader posts about Joe Pisani:
09/27/08 Reader Submitted Comments: Gag Pisani
09/25/08 ANOTHER READER WANTS TO ADD EVEN MORE COMMENTS about ex-Greenwich Time Editor Joe Pisani
09/24/08 READER SUBMITTED COMMENTS: Re: Pissy Pisani?
09/24/08 Greenwich Roundup Reader Continues Dialog: ok, you know your quotes....
09/24/08 More Reader Submitted Comments About Joe "The Censor" Pisani
09/22/09 READER SUBMITTED COMMENTS: Pisani is a tool
09/20/08 REPOST: Ex-Greenwich Time Editor Joe Pisani's "HOT" New Blog Called Our Greenwich
ALSO:
08/29/08 Do You Think It Was A Big Mistake For The Greenwich Time To Fire Sarah? Do You Think It Was A Good Idea For Sarah's Blog To Steal From Us?
05/04/07 - Joe Pisani, Editor Of Greenwich Time, Has Been Fired By The Paper's New Owner

Please send your comments to GreenwichRoundup@gmail.com
Posted by Greenwich Roundup at 9/28/2008 08:23:00 AM No comments: Links to this post

09/28/06 The Greenwich Time's So-called "Non-News Links" For Sunday. Are Greenwich Residents Going To Walk To The Newstand A Pay $1.50 For This Crap? 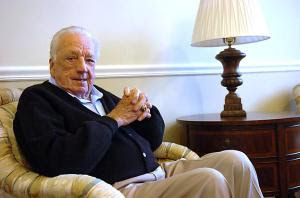 Sunday News Blackout: A Feature Article About Some Old Fart Watching Baseball A Regurgitated Board Of Education Press Release and Another Press Release.....
Amazin's call it a day for Shea

Yankee Stadium is often called a cathedral of baseball. If The House That Ruth Built is a church, then Shea Stadium must be the dive bar around the corner.

Comment:
You can tell that this is a regurgitated Board Of Education Press Release, because not one parent or taxpayer was quoted in the article. One school administrators are quoted in the article.
The Greenwich Schools are on a No Child Left Behind List and many Greenwich School Children are having trouble passing English Tests and the failed school administrators want to put their new efforts in to how to speak Chinese.
Dahlias dazzle on overcast day

Move over daylilies. Dahlias are the new dazzlers at The Garden Education Center of Greenwich. More than 100 of the flowers were on display Saturday in "Dazzling Dahlias," the garden center's first-ever flower show and competition among members of local garden clubs and horticulture societies.


Please send your comments to GreenwichRoundup@gmail.com
Posted by Greenwich Roundup at 9/28/2008 06:10:00 AM No comments: Links to this post 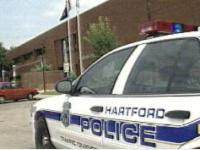 Body of Connecticut man found in Quechee Gorge
Burlington Free Press
The body of a 59-year-old man from Greenwich, Conn., was recovered from the bottom of Quechee Gorge on Saturday, according to Hartford Police.

The name of the man was being withheld pending notification of the family, police said. 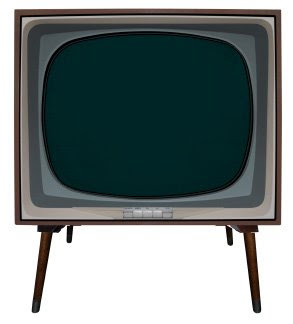 A cable watchdog group and Connecticut's attorney general are fighting to get Cablevision Systems Corp to hand out more free digital converters when it digitizes the public access channels for all its franchises this year.
The Area 9 Cable Council, which represents customers in 10 Fairfield County communities, including Westport, Norwalk, Stamford and Easton, wants the state Department of Public Utility Control to review Cablevision's plan for digitizing what are called public, education and government channels on Oct. 16. This would affect all Cablevision franchises; the company serves customers from Greenwich to Orange and in some parts of Litchfield County.

The company said it will provide one free converter to its basic and analog cable customers when the signal becomes digital. But Area 9 said this move will mean multi-set households won't be able to get the signal on other TVs unless the customers rent extra converter boxes at $6.50 per box, per month.
Basic customers pay between $15.70 and $16.72 per month for the network stations and the PEGs, depending on which franchise territory they're in. Analog family cable customers pay about $49.95 a month for 60 cable channels.....

.....The cable companies are required by Connecticut law to provide the PEG channels as part of every package, and Area 9 and Attorney General Richard Blumenthal are concerned limiting access to one TV might violate the spirit of that law.
Earlier this month, Blumenthal made his most recent request that DPUC to open an investigation of the matter; the DPUC has not yet answered that request.
Patrick MacElroy, a Cablevision spokesman, said in an e-mail that 89 percent of the company's customers already have digital service, so won't be affected. The free boxes will allow those who are affected to continue watching the PEGs.
Area 9 and Cablevision recommended customers call 1-800-353-9821, and select option 3, to get the free converter.

Cablevisions service comes in via a wire (coax) which is insulated wire, not over the air so the packets are tight. Currently if you do not have a cable box you can get service from cablevision, you still receive a good signal/ clear picture but are limited to not getting HD or some premium channels.

The reality is Cablevision can continue to service without requiring (additional) boxes in the home. The infrastrucutre is in place and they have been operating like this for many years.

This is a tactic.. you let in a little (the box).. pretty soon people begin to suscribe to more preimum channels/packages, ordering movies.. all equaling to more $$$...

Turning on digital has nothing to do with getting another box. They are just restricting what they've been offering. The average home has 2.5 tvs. So let's esitmate each home has a lest 1 cable box. Going foward in order to get service you'll be charged $12+ for the 1.5 tvs in your home.

For Sharon Kratochvil, Pam Zangrillo and Claudia Sullivan, “Faces of Light: Stories from Breast Cancer Survivors” is more than an exhibit of inspiration — it’s their journey.
Alliance fights FAA redesign with briefs, money
Greenwich and surrounding towns are continuing to fight the Federal Aviation Administration’s airspace redesign for this region, with legal briefs, a war chest of more than $1 million, top town and state officials’ might, and even people power from area communities in all-out protest.

The Department of Parks and Recreation will be holding a Skatepark Competition sponsored by Chillybear on Saturday Sept. 27, starting at 2 p.m., with a rain date of Sunday.

Pelicans visited Tod's Point this summer. Judy Keller, who goes there almost every Sunday, said it was a rare sighting for her. — Photo courtesy of Ms. Keller

After seven years of fighting with the town to be considered a resident, Old Greenwich grocery store owner Gerald Porricelli is letting go.

Jake Schwartzstein smiles at dad as his teddy bear ‘Joe’ waits to get casts on his broken legs and arms at the orthopedics station at the 10th annual Greenwich Hospital Teddy Bear Clinic. This free, family event offers hand-on experiences that teach children about medical procedures and aims to lessen fears about trips to the doctor.

An investigation by the United States Department of Education’s Office for Civil Rights (OCR) has found no evidence that the district discriminated against Hamilton Avenue School students because of race.

No boundaries for play: Junior League project reaches out to all children

Fun for all, regardless of disability, is the idea behind a Junior League and United Way initiative to renovate the Bruce Park playground. In celebration of their 50th and 75th anniversaries, respectively, the league and United Way have partnered with Boundless Playgrounds to achieve that goal.

Will pool be budget priority? ‘Residents only’ policy has precedent

Selectwoman Lin Lavery is extremely confident that the town will make building a new community pool in Byram a budget priority, but even if it does, the work is just beginning.