Has The Greenwich Time Changed It's Mind About Hosting An International Hacker Conference?
Please see...

Two Thumbs Up On The New And Improved Greenwich Time Website.

Now if the Greenwich Time will just investigate the Hamilton Avenue School parents complaints about Betty "You Can Trust Me" Sternberg's her failed school administrators.

Why is it so hard for a Greenwich Time reporter to call up Betty "You Can Trust Me" Sternberg and ask....

"Hey Betty, What would it hurt to let the Hamilton Avenue School parents test the modular classrooms?

"Hey Betty, Didn't you and the Board of Education promise the Hamilton Avenue parents testing that would be independent of the school administration?

We just hope the corporate news giants don't get jealous and try to shut down this not for profit voice for disenfranchised members of Greenwich who are repeatedly overlooked.
Posted by Greenwich Roundup at 3/27/2008 09:35:00 PM No comments: Links to this post

Please send comments to
GreenwichRoundup@gmail.com
Posted by Greenwich Roundup at 3/27/2008 09:26:00 PM No comments: Links to this post

03/27/08 - "I think what really put it over the edge was some of the knowledge that Leonard had of this case," Worcester Capt. Edward McGinn said 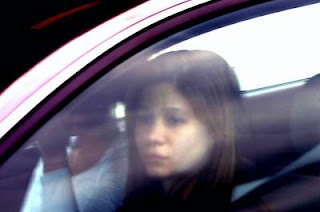 Members of the Turjillo family leaving the Stamford Superior Court...

"A layman wouldn't know that."

NEW HAVEN, Conn. - One of two men charged this week in the 2006 slaying of a wealthy Greenwich developer was arrested after telling investigators secret details of the crime, a police official said Thursday.

The disclosure was the first time authorities revealed what helped lead to the arrests after a lengthy investigation. The arrest affidavits are sealed and police have not commented on a motive.

Leonard Trujillo, 21, of Worcester, Mass., was charged with murder and conspiracy to commit murder in the stabbing death of Andrew Kissel. The 46-year-old Kissel, ...

...McGinn, whose department helped Greenwich with the investigation for months, would not disclose precisely what Leonard Trujillo knew about the crime.

"He had intimate knowledge of the facts of the case which hadn't been released to the public," McGinn said. "He knew things about the crime and the crime scene that a non-participant would not know."

...McGinn said police considered the possibility the crime was a suicide-for-hire.

"Not a lot of weight was put behind that," McGinn said. "That didn't seem overly credible."

McGinn said he suspected the motive was money, but acknowledged he was only speculating. With Kissel likely heading to prison, Carlos Trujillo was losing an employer, he said.

"I think it was a very critical moment," McGinn said. "Life as Carlos knew it was coming to an end."... 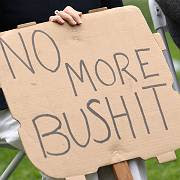 Last night, at an off-camera, no media meeting, called an "Open Forum" for Hamilton Avenue Parents, it appears that Frank Mazza was once again caught red-handed in a bald-faced lie.

At one point during his answer to a question, Frank Mazza stated that "the project is now one year behind".

He said it twice.

Mazza had told the parents waaaaaaaaaaaaaaaaaaaay back at the beginning of the project that from the start of demolition to completion date would take 18 months.
Everyone and his uncle knows that demolition commenced in July 2005.
Even using the "new math" that would have made the completion date around December 2006.
Everyone heard Mr. Mazza say last night that the signed contract that he signed has a completion date of May 2007.
It looks like the Board Of Education and Frank Mazza never intended to complete this project in 18 months, it appears that it all was a lie from the get-go.
PLEASE READ:

03/26/08 - If the construction does not finish on time, officials will have to find alternate classrooms for students at Hamilton Avenue and Glenville

03/27/08 - As Seen In The Greenwich Citizen: A Letter To The Editor About Betty "You Can Trust Me" Sternberg

Betty Sternberg Has To go

Take A Look At How Mad, Wild And Crazy Julie Koullas

Is In These 100% Legal Fair Use Greenwich Citizen Exerpts.....

......It's deplorable that in the town of Greenwich the Ham Ave. students keep getting the short end of the stick. If I was a parent of Hamilton School, I would be banging on Betty Sternberg's door with rage or picketing outside her office window.

The Greenwich BOE had better watch out for 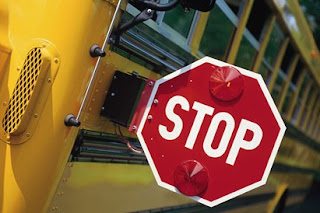 Our current problems came about because for years, we had postponed making hard decisions regarding significant repairs and/or outright renovations for much of our municipal infrastructure, including our schools. Thankfully, this should not re-occur, because of the leadership and dedication of hardworking professionals and community volunteers alike.

The various Greenwich Public School communities affected by these most recent events have done an incredible job of taking an unfortunate situation and turning it into a teachable moment. Faculty, administration, students and the Board of Education, with the support of our Board of Selectmen, have all come together, and in doing so, have taught both the affected school communities and the town of Greenwich that where there is a will, there is a way.

Let us learn from our children, move past blame and look toward solutions. It is time to focus on fixing our educational buildings, and our educational practices. While we may have inadvertently deferred or mishandled much-needed maintenance, let us not make the same mistake with respect to maintaining, and improving, our educational standards.

Dr. Sternberg recently spoke of her desire - and the need - to look closely at improving our three middle schools and our high school. More specifically, she is keenly aware that many of our nation's premier corporate leaders and educators have been advocating for a realignment .... BLAH ....BLAH .....BLAH .... BLAH .....

You are right. I think it is a good idea to "Let Us Learn" and "Look Toward Solutions".

How about if we fire Betty "You Can Trust Me" Sternberg and a few of her failed school administrators that keep hurting young Children and increasing the tax burden on the single family home owners.

You know Christina, I once read that the "nation's premier corporate leaders and educators" have been advocating for ACCOUNTABILITY !!!

It is time for the single family home owners to stop suffering the fools that are running the public schools.

It is clear that some failed School Administrators have to go so that the other school administrators know that it is time to shape up or ship out.

School board to discuss what to do with Glenville students

The Board of Education could be zeroing in on a solution of where to put Glenville School students during the building’s renovation, and the Bendheim Western Greenwich Civic Center is likely to play a significant part.

Property values are on the rise

While to many, new construction is beneficial because it raises the value of their own properties, to others it’s a cause for concern when their taxes go up.

Veronica Baron Musca resigned last Friday from her position as Republican registrar of voters in a one-page letter to the Republican Town Committee.
Posted by Greenwich Roundup at 3/27/2008 11:26:00 AM No comments: Links to this post

Deal near on Benoit case

The fate of suspended deputy fire chief and fire marshal Joseph Benoit could be decided as early as today, according to First Selectman Peter Tesei, who met one-on-one with the firefighting veteran recently in his office at Town Hall.

A Massachusetts man extradited to face murder charges in the killing of disgraced Greenwich real estate developer Andrew M. Kissel was ordered held on $1 million bond yesterday, with authorities offering no new clues about his alleged part in the backcountry man's death.

Officers move up the chain of command

In recent years, Brian Briggs relied on his wife Gretchen to take a greater share in caring for their two young children as he tried to advance through the ranks of the Greenwich Police Department, he said yesterday.

During their whirlwind tour of the New York City area as part of winning a student stock market game, the Japanese students saw the Broadway show "Chicago," toured the Metropolitan Museum of Art, ate at Sparks Steak House and yesterday visited an investment class at Greenwich High School.

Historic panel fights demolition
The Historic District Commission is the second agency to object to a demolition permit issued for an historic home in Belle Haven, hoping the new owners might reconsider.

Will delay affect others?

Despite assurances that the languishing project will be completed at the end of May, the Hamilton Avenue School renovation could drag on into part or all of June, an angry First Selectman Peter Tesei said yesterday.

Gasps and shocked murmurs punctuated a presentation on Internet safety at Eastern Middle School as parents learned how technology has the potential to bring sexual predators into their homes and how to protect their children against such a threat
Posted by Greenwich Roundup at 3/27/2008 11:15:00 AM No comments: Links to this post

Police Watch: The following are reports from March 26

Police do not release the names of those 17 years old and younger because they are protected as juveniles or youthful offenders. The Post does not publish the names of those arrested in domestic violence incidents to protect the identities of the victims. The following are March 26’s released arrests:

DUI
Robert Kucharski, 56, of Port Chester, N.Y. was arrested March 22 and charged with driving under the influence. A patrol unit on West Putnam Avenue reportedly saw a vehicle in front of it swerving to the right and nearly hitting a bicyclist. The vehicle was pulled over and Kucharski allegedly smelled of alcohol and had slurred speech and red, glassy eyes. Police said he failed field sobriety tests. He was also charged with failure to drive in an established lane. Kucharski was released on a $250 cash bond and is due in court April 7.

PROVIDING ALCOHOL
Stephanie Slifer, 18, of 138 Josephine Evaristo Ave. and Gregory Belicka, 18, were arrested March 22 and charged with providing alcohol to minors. Police responded to the report of a loud party at Slifer’s house and reportedly found a group of 14 teens, 16 to 18 years old, drinking beer and vodka spiked fruit punch. Slifer was the host of the party and daughter of the homeowner, who was not home at the time. Slifer and Belicka were released on a $250 cash bond and are due in court March 31.

ASSAULT
A 41-year-old Greenwich man was arrested March 24 and charged with disorderly conduct, strangulation, interfering with a 911 call, second degree unlawful restraint and third degree assault. Police responded to a 911 hang up. Officers reportedly heard a woman’s voice at the scene calling for police and a man threatening to hurt her. Upon arrival, police determined the man and woman had an argument and he grabbed her by her neck and threw her to the ground before kicking her several times. Investigators determined when she tried to call 911 he interfered with the call and tried to muffle her screams with his hand and a napkin. The woman was taken to Greenwich Hospital for treatment of her injuries. The man was being held in lieu of a $10,000 cash bond and appeared in court March 24.
Posted by Greenwich Roundup at 3/27/2008 08:43:00 AM No comments: Links to this post

Please send comments to
GreenwichRoundup@gmail.com
Posted by Greenwich Roundup at 3/27/2008 08:36:00 AM No comments: Links to this post