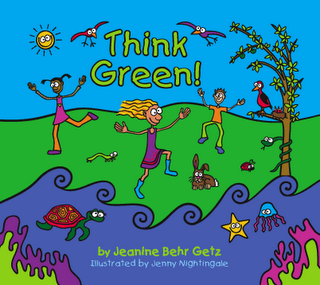 Think Green Booksigning and Reading May 10 at Greenwich Audubon ...
25 Apr 2008 by fairfieldcountychild.com

Who's my idol of the day?? Jeanine Behr-Getz of Greenwich. I read about her in the Stamford Advocate a few weeks back and spoke to her this morning about all she's doing to show kids the importance of caring for the environment. Her new book (that she published herself on recycled paper)

Think Green was inspired by her 4 year old daughter and it's the simple story of a little girl and her friends who are trying their best to be eco-aware. According to Jeanine, the story is really resonating with kids. She's doing a "book tour" through several schools and you can also catch her on Saturday, May 10th for a booksigning and reading at the Greenwich Audubon Society.

In addition to the book, Jeanine started a company, along with illustrator Jenny Nightingale, called Kids Think Big. Their mission is to bring big ideas to children, via eco-friendly print and electronic media, and empower them with knowledge at every age.

The book is available through the Kids Think Big Web site (www.kidsthinkbig.com), at Graham's Kid's Cuts in Greenwich and at the Greenwich Audubon Society. Please contact Jeanine at jeanine@kidsthinkbig.com if you're interested in her doing a reading at your child's school. 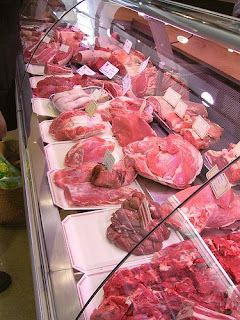 What's Going On In Greenwich

Pemberwick/Glenville association
A community meeting to decide the formation of a new association with the Pemberwick and Glenville neighborhoods, 7 to 9, Wednesday, April 30, Bendheim Western Greenwich Civic Center; 531-4037; Vad5573@aol.com; Pemberwickcommunity.org.

Think Spring
The Connecticut Pioneer Branch of The National League of American Pen Women holds an opening reception for its exhibition titled “Thoughts of Spring,” 6 to 8, Friday, May 2, YWCA; exhibit opens April 26 and runs through May 31; 869-6501.

Use your resources
Toni McKeen, genealogy lecturer, presents a workshop titled “Having The City Directories Work For You,” 10:30 a.m., Saturday, May 3, Cos Cob Library community room; free; 622-6883.

What a girl wants
Annabel Monaghan and Elisabeth Wolfe, authors of Click! The Girl’s Guide to Knowing What You Want and Making it Happen, hold a book signing and talk, 2, Saturday, May 3 and Sunday, May 4, Greenwich Library; Clickthegirlsguide.com.

Nonprofit grant writing
Marilyn Hoyt, president and CEO of the new York Hall of Science, presents a training session on grant writing for staff and volunteers of local nonprofit organizations, 9 to 4, Wednesday, May 7, Greenwich Library meeting room; sign in at 8:30; registration required; $45; 869-2221.

Breaking the glass ceiling
The National League of American pen Women sponsors a talk by a panel of leading women in the arts, 10:30 a.m., Thursday, May 8, Garden Education Center; free; reservations required; 869-6347; 869-8313.

B.E.S.T. Cocktail
Soldiers For The Truth and Richards of Greenwich host a Best Equipment to Support the Troops Cocktail to raise awareness and support our troops, 6:30 to 9, Friday, May 9, Richards of Greenwich; reservations required; minimum donation $250; 629-0288; Sftt.org.