Former Rep. Rob Simmons is trying to turn the revelation that Attorney General Richard Blumenthal claimed falsely to have served in Vietnam against both Blumenthal and his Republican Primary rival, Linda McMahon.

Simmons, a decorated Vietnam veteran, has trailed in the primary to McMahon, who made a fortune at the helm of World Wrestling Entertainment.

"It’s appalling that the Attorney General of the state of Connecticut – a highly-educated and trained lawyer – would misspeak about such a significant issue," Simmons told POLITICO this morning. "Clearly he knows he never was in Vietnam, and yet he’s on record saying he was in Vietnam – obviously to appeal to an audience, and that’s a very troubling disclosure.

"But it’s matched in some respects by Mrs. McMahon who brought the charge -- when just a few montnhs ago it was disclosed that she did not tell the truth about her college education and her degree -- which is again something everybody should realy know," Simmons said, referring to a Hartford Courant report that McMahon claimed on documents filed with her appointment to the State Board of Education that she had a degree in education, when her degree was in French.

"I got a degree in English Literature," Simmons said. "It's hard to make a mistake about something like this."

As the race comes to be dominated by Blumenthal's Vietnam claims, and questions about whether his candidacy will survive the week, Simmons argues that his well known record and Vietnam service make him a better counterpoint than McMahon, who has been beset by a serious of embarrassing reports over her time at the wrestling company. Her spokesman didn't immediately respond to an inquiry on Simmons' attacks.

"I think we have issues of character ron both sides of the discussion," he said, referring to another report. "She signed a memo when she was CEO of the WWF that tipped off a steroid deaing doctor to a federal investigation."
Posted by Greenwich Roundup at 5/18/2010 04:28:00 PM No comments: Links to this post

05/18/10 Adam Wheeler, Richard Blumenthal both have something in common 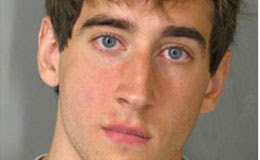 Both Adam Wheeler, a college student, and Richard Blumenthal, an Attorney General, reportedly lied about their qualifications

Richard Blumenthal has admitted to “misstatements” about his record in Vietnam, according to the Associated Press.

Adam Wheeler, a Harvard “student” and Richard Blumenthal, a Democratic Attorney General currently running for Senator—and a Vietnam “veteran”—both have something in common: They’ve both been found to have lied about their qualifications and their experience.

In Adam Wheeler’s case, the former Harvard student was found to have falsified a lot of the information in his school applications and his scholarships, according to The Harvard Crimson. The Harvard student newspaper also report that Wheeler was charged with “20 counts of larceny, identity fraud, falsifying an endorsement or approval, and pretending to hold a degree.”