The Greenwich Family YMCA has requested more time to respond to the demands of a local family to provide wheelchair access into their new facility.

Citing the need to confer with management at the non-profit organization, which will decide what course of action to take, Jonathan Wells, the attorney for the YMCA, said he would contact the family of Luis Gonzalez-Bunster by next week, according to Frank Peluso, the family's attorney.
Gonzalez-Bunster, who is disabled, sought to train for an upcoming triathalon at the YMCA but was unable to because the building is not accessible to the handicapped.
Peluso contacted the YMCA, at 50 E. Elm Street, Oct. 24 to demand they provide at least a temporary ramp to the Y's new state-of-the-art Olympic-size swimming pool, which opened last November and is not accessible to the handicapped. He gave the organization until Wednesday to respond or possibly be subject to legal action by the courts, he said.....
Full Story

With Barack Obama lending his voice to a new radio stump ad for Democrat Jim Himes in the 4th District congressional race, Republican incumbent Christopher Shays fired back Friday with questions about Obama's Senate record and ability to work across party lines.

Invited with Himes to address the Greenwich Chamber of Commerce during a luncheon at the Milbrook Club, Shays called John McCain the real change agent in the race for the White House.

"Barack Obama's argument about change is why you need to elect John McCain. John McCain pulls Democrats and Republicans together and says, 'Let's get moving.' Name one thing (Obama) has changed," said Shays, who is co-chairman of McCain's campaign in Connecticut.

Shays' remarks about Obama to the business group came just days after, responding to a question from a Yale Daily News reporter about why McCain was trailing Obama in most national polls, Shays said that his longtime political ally had "lost his brand as a maverick" and "did not live up to his pledge to fight a clean campaign."

Released Thursday by the Himes campaign, the 30-second radio ad featuring Obama has been airing on a number of New York City-based stations. In front of a group of business leaders and local politicians many of whom have long been loyal to Shays, Himes was asked by a high school student in attendance where he differs from Obama on the issues.

"I think his proposal for the reform of Social Security is a bad idea," Himes said.

Several Greenwich police officers will act in an unusual role today, playing the part of terrorists in a counter-terrorism drill at the University of Bridgeport, officials said.

The event is being run by the Department of Homeland Security and will involve numerous police departments from the surrounding area, including Greenwich, Fairfield, Bridgeport, Stamford and Norwalk, according to Scott Appleby, director of Bridgeport's Office of Emergency Management and Homeland Security.

"The scenario is based on a criminal element taking 25-50 people hostage," said Appleby....

It will be first time Greenwich police participate in a Homeland Security drill...... 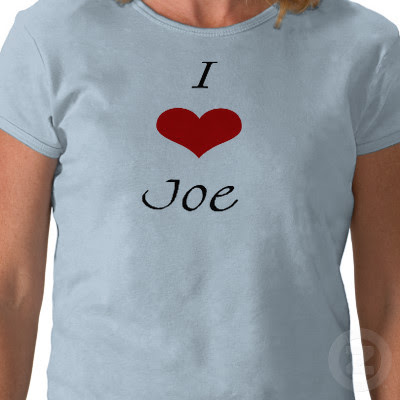 The New Official Uniform Shirt For The Girls And Photog John Roben At "Our Joe", I Mean "Our Greenwich"

Citizen Journalist's And Bloggers That Live, Work Or Used To Live In Greenwich Plus There Are The Shameless Failed Mainstream Media Self Promoters At Our Greenwich
For What It's Worth
How dare you be productive?! Last week, the One promised to punish anyone earning over $250,000. His partner in The Great Taking, Joe Biden, revised that d...

Pray Connecticut
New PrayCT website coming! - We ask your patience as we will be rolling out a new website shortly. You may experience some unavailability both here and at www.prayct.org. Thanks!

Greenwich Diva
Senator Stevens says, “I was not convicted” - Although a jury of 12 convicted Senator Ted Stevens on all seven counts of false statements, last night during his debate with Mayor Mark Begich, Senator ...

Jane Genova: Speechwriter - Ghostwriter
Oy vey - All those [middle-aged] unemployed writers - Writers who are middle-aged and probably adequately compensated who just got laid off probably know one thing: There's no place to go, at least along that sp...

Exit 55
Greenwich Is Back On The Winning Side - I'm actually sitting at my desk...working...on a Friday night...Halloween, no less. In other words, I'm keeping this short so that I'm no more pathetic tha...

Cos Cob Blogger Iggy Makarevich At High Strangeness
Secret and Suppressed - Paranormal Podcast 52 - This just in from my friend Kenn Thomas, a pivotal force in parapolitics and someone who diligently researches his subject. Documentation rules for KT, which...

John Ferris Robben - T-shirt Philosophy Page At Our Greenwich
A Photo Journey in Greenwich…Visiting the Black Forest Pastry Shop on Liberty Way - At the St. Paul Lutheran Church, 55 William Street West, Byram Shubert Library….A BOOK & MEDIA SALE ………. details on the sign below… The above sign is on ...

The Daily Spurgeon
Labor in Vain - [image: Rangitoto] Ask either saint or sinner, and you shall find that peace was never obtained in the way of the flesh. Turn to the Christian, and he will...

Rock Star Diary
Shopping with Debbie at Bergy's - Debbie and I went shopping at Bergdorf Goodman last night after work for Make-Up. My favorite indulgence. Debbie having her eye make-up done at the YSL count...

Susie Costaregni's Our Greenwich Page
OUR JOE PISANI - Out there … The Toast and Roast Dinner to honor Joe Pisani, former editor of the Greenwich Time/Stamford Advocate, took place last week at the Greenwich ...

When Will Our Greenwich Stop The
Shameless Self Promotion Of
Failed Ev-Greenwich Time Editor Joe Pisani?

Last Week We Had To Read This
Unprofessional And Unethical
Self Promoting Hype?

Failed Ex-Greenwich Time Columnist Joy Haenlein's UnProfessional Our Greenwich Page
Fun with Dick and Dan - There were high points aplenty during last weekend’s toast-and-roast testimonial at the Hyatt in Old Greenwich for Joe Pisani, my friend and collea...
1 week ago

JFailed Ex-Greenwich Time Editor Joe "Circulation Was Up 22% After I Left" Pisani's Unproffessional Our Greenwich Page
The man in the mirror - Throughout my career, I estimate I’ve been to several thousand testimonials or more. I’ve sat through litanies of praise more effusive than the Monks of ...
1 week ago

Plus There Is All The Photos That Ex-Greenwich Time Photographer Took Of Stamford Mayor Dan Malloy And Fergusson Library Head Ernie DiMattia Misusing Taxpayer Resources And Dollars.

Shame, Shame, Shame on the the shameless self promotion
at the unprofessional Our Greenwich Blog

Please see some previous reader posts about Joe Pisani:
09/27/08 Reader Submitted Comments: Gag Pisani
09/25/08 ANOTHER READER WANTS TO ADD EVEN MORE COMMENTS about ex-Greenwich Time Editor Joe Pisani
09/24/08 READER SUBMITTED COMMENTS: Re: Pissy Pisani?
09/24/08 Greenwich Roundup Reader Continues Dialog: ok, you know your quotes....
09/24/08 More Reader Submitted Comments About Joe "The Censor" Pisani
09/22/09 READER SUBMITTED COMMENTS: Pisani is a tool
09/20/08 REPOST: Ex-Greenwich Time Editor Joe Pisani's "HOT" New Blog Called Our Greenwich
ALSO:
08/29/08 Do You Think It Was A Big Mistake For The Greenwich Time To Fire Sarah? Do You Think It Was A Good Idea For Sarah's Blog To Steal From Us?
05/06/08 - Did You Know That Greenwich Gossip Webmaster Bill Clark Had Been Banned By The Yellowich Time
05/04/07 - Joe Pisani, Editor Of Greenwich Time, Has Been Fired. - Pisani's Legacy Is That He Refused To Publish A Greenwich Time Special Investigation Of The Martha Moxley Case For Fear Of Being Sued By The Murder's Family And Friends
Please Also See:
06/16/08 The Greenwich Post Editor Looks Like A Fool By Running Parks Department Press Releases Through A Spell Checker And Then Publishing Them As News
05/02/08 - Where The Heck Is Chris Fountain And His "For What It's Worth" Column In The Greenwich Post Real Estate Section
04/04/08 - Forget About A Free Press - Censorship At The Greenwich Post - Helping Cover Shay's You Know What
Posted by Greenwich Roundup at 11/01/2008 07:58:00 PM No comments: Links to this post 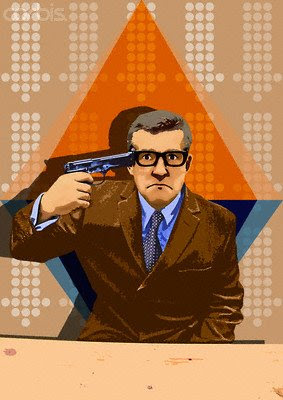 Police investigate apparent suicide at backcountry residence
Police are investigating the death of a 67-year-old man believed to have committed suicide early Friday morning in the backyard of a residence in the backcountry.

Det. Sgt. Thomas Kelly said police responded to the residence after receiving a 911 call from the victim's family. Upon arrival, officers found the victim had a knife lodged in his upper left chest, police said. He was semiconscious at the time, but could not communicate with emergency responders, according to Kelly.
The victim, whose name was not released, was taken to Stamford Hospital where he later died as a result of his injury, police said....

....Police also reported a suicide attempt in the area of the cemetery at First Congregational Church on Sound Beach Avenue Friday morning.
At approximately 10:30 a.m. two officers were observed in the cemetery. GEMS officials confirmed they sent medics to the area Friday morning.
No further details on that incident were released

11/01/08 Real Greenwich Soul From The Chabad Of Greenwich 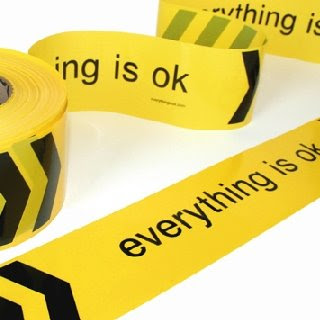 are u ok?
is that infection worse?
maybe its my computer, I can't get to any new posts
M
Comment:
Thank you for your kind words.
I am much better and will try and do a better job at Greenwich Roundup.
I have been working at other Roundup Media sites and fell a little behind here.
I saved a lot of links and made notes and then saved the stories.
Now I am trying to correct spelling and formatting and get pictures.
I used to put articles up right away and made corrections later, but this seemed to upset some readers, so I try to do much more editing before publishing.
I am also experimenting with one story per post and this is also slowing me down somewhat.
I may go back to the long list of links format.

Please send your comments to GreenwichRoundup@gmail.com
Posted by Greenwich Roundup at 11/01/2008 11:07:00 AM No comments: Links to this post