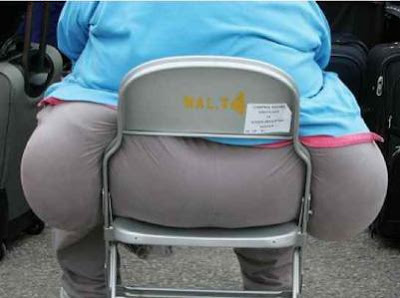 By Martin B. Cassidy - Greenwich Time

The detectives flew to Dallas over the weekend and returned earlier this week after talking to Bates, who was recently convicted in Texas of child molestation, Greenwich Police Chief James Walters said.

"The only thing I can say is that they went out and spoke to Roger Bates about the case and we will be following up on any information he provided," Walters said.

Detectives Timothy Duff and Gary Hoffkins, along with an investigator from the Chief State's Attorney's Office, spoke to Bates, who moved to Garland, Texas, from Port Chester in 1998. Bates, 60, was convicted earlier this month of two counts of sexual assault of a child and sentenced to two consecutive 11-year prison terms for molesting a 14-year-old Garland boy.

Walters declined yesterday to say whether Bates is a suspect in the Margolies murder or what information Greenwich police sought from him.

John Read, Bates' attorney, said he had no problem with his client talking to Greenwich detectives again about the unsolved murder. Greenwich police interviewed Bates in the past, and there was no new information to uncover, said Read, who practices law in Dallas.

"This Greenwich thing is weird," Read said. "He's been through this before and has nothing to hide."

During Bates' sentencing, a friend of Matthew Margolies testified that Bates had molested him in 1984. The man, who is now 36, said he, Bates and Margolies fished together on one occasion that year, Shelley Hallman, a Dallas County assistant district attorney who prosecuted Bates, said last week.

Hallman also said last week that Bates would be required to submit a DNA sample to a centralized database kept by the FBI.

Walters has not said whether police are seeking samples of Bates' DNA.

Read said yesterday that the Connecticut man's accusations against Bates were false and his testimony about fishing irrelevant.

"So what?" Read said. "Roger was always taking someone hunting or fishing. That's what he does."

Read also said he has filed notice of appeal of the Texas conviction.

Calls to Hallman Thursday and yesterday were not returned.

Margolies disappeared Aug. 31, 1984, and his body was found five days later, buried in the woods near his Pilgrim Drive home in Pemberwick. He had been stabbed, strangled and suffocated, according to an autopsy report.

Officers who served with Bates in the Port Chester Police Department characterized him as a solid policeman with good people skills. Bates worked for the department from 1975 to 1985 after transferring from the Mount Pleasant Police Department, said Lt. James Ladeairous of the staff services division.

Port Chester Police Chief Joseph Krezeminski said Bates was quick on his feet and very persuasive with the public and fellow officers.

"Roger was a real smooth operator and he could charm you if he wanted to," Krezeminski said. "He did do a lot of good police work, but apparently he had this dark side."

Ladeairous, who joined the force the same year as Bates, remembered his colleague's neat appearance and that women would occasionally visit the station looking for him.

"He was very good with people," Ladeairous said. "There were times women would come in and ask, 'Is Roger working?' I'm not saying he was a ladies' man, but I guess he was attractive to the opposite sex."

Bates didn't chat about hobbies or other interests, Ladeairous said.

"He had a wife or two kids and he wasn't a gun nut, like some guys that you would remember them for that," Ladeairous said. "He was kind of blah."

Bates left the department with disability pay from a back injury in 1985, he said.

"He didn't display any indication of what he's convicted of," Telesca said. "Not like people who wear it like a badge advertising their peculiarities."

Telesca recalled Bates working for a short time as a detective in the Port Chester youth bureau.

"People who worked with him here have called and asked what this is all about," Telesca said. "People are just shaking their heads because life is full of surprises."

02/24/02 Forget About The Greenwich Time: Independant Journalist Kevin F. McMurray Says There Is A Possible Break In The Margolis Case?

The report prepared by Irvington, N.Y., lawyer Louis C. Lustenberger cites interviews with Daniel Warzoha, 14 career firefighters and others, written statements of four career firefighters, press reports and other sources in reaching its conclusions. The report affirms the union's allegations that Warzoha drank alcohol at the Polish Club of Glenville before taking command at a fire on Davis Avenue on Dec. 5.

Warzoha could not be reached for comment. Emanuel Margolis, an attorney representing the chief, said he advised Warzoha against commenting on the report.

The union called for Warzoha's resignation nine months ago, after alleging that Warzoha had been drinking before assuming command at the Davis Avenue fire.

The study, presented at last week's Board of Education meeting, was commissioned by Greenwich Public Schools to examine safety issues affecting students who walk to Cos Cob School, Julian Curtiss Magnet School, Central Middle School and Greenwich High School.
Posted by Greenwich Roundup at 9/12/2004 03:49:00 PM No comments: Links to this post

Christopher von Keyserling has led the charge to remove Victor Coudert Jr. from office, accusing Coudert of conducting secret meetings, fudging records and flip-flopping on key issues.
Posted by Greenwich Roundup at 9/11/2004 04:46:00 AM No comments: Links to this post

"For the life of me, why would I want to spend $46 million and then hand this building over to a private entity?"

Felix Andreoni, a District 4/Byram delegate to the RTM who has worked as housekeeping director at Nathaniel Witherell for the last three years, said during an informational session held at Greenwich High School last night.
Posted by Greenwich Roundup at 9/10/2004 03:39:00 AM No comments: Links to this post

Greenwich scores were significantly better than the state averages, which were 46.1 percent for the percentage of students testing at or above goal in math, 47.4 percent in science, 48 percent in reading and 53.7 percent in writing. But Greenwich High School interim Headmaster Alan Capasso said Greenwich scores should be higher.
Posted by Greenwich Roundup at 9/03/2004 03:23:00 PM No comments: Links to this post

A private in the 1st Battalion, 501st Parachute Infantry Regiment based in Alaska, Matt Carstensen flew late last year to Afghanistan, where he joined U.S. forces in running counterinsurgency missions, border patrols and other assignments intent on rooting out Taliban forces.
Posted by Greenwich Roundup at 9/01/2004 05:26:00 AM No comments: Links to this post