05/31/08 Sometimes Greenwich Time Reporters Remind Us Of The Bush Administration Before Nine Eleven - They Just Can't Connect The Dots!!! (updated) 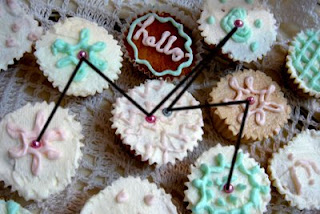 Hello Hoa Nguyen!!!
You Just Don't Get It.
Let Me Draw You A Picture
Concerning Glenville's Suspended Principal.
This Was A Personal Vendetta That Principal D'Amico Had With Mr. Carbino, Because He Spoke Out Against The Contaminated Modular Classrooms.

This more about mold and less about cupcakes.
Hoa Nguyen's unbelievably incomplete reporting has allowed Glenville School to go nuts over cupcakes.

If Hoa Nguyen was capable of properly reporting the order of events then maybe the Glenville Parents would understand why Principal D'Amico was suspended.

Despite the incomplete Greenwich Time reporting parents should realize that:


Based upon Hoa Nguyen's incomplete reporting parents are passing around petitions.

These poor uniformed parents are signing petitions without all the facts, thanks to Hoa Nguyen and the Greenwich Time!!!

This hate filled reaction to the incomplete Greenwich Time reports is embarrassing for the Greenwich Public School System in general and the Glenville school community in particular.

What Hoa doesn't tell Glenville School parents is that Principal D'Amico lied to his boss and said it was an ongoing policy and that it was in the handbook and always had been.

What Hoa also doesn't tell Glenville School parents is that Principal D'Amico was asked several times about it and lied several times to his bosses. The fact is that he altered the document after Carbino went in and made that policy that day.


Why doesn't Hoa ask questions like:
If Principal D'Amico wanted to change the birthday policy then why didn't he send home a memo in the Friday folder-something that the parents might actually read....not alter the online handbook that no one even looks at?

Has Hoa even tried to find the online handbook?

Maybe all these petition signers should wait to hear the all facts before going off half cocked with incomplete Greenwich Time reporting.

If Greenwich Time reporters had reported things completely then maybe Glenville would not have turned into such a hysterical mess.

This ameturish reporting that has caused so much gossip and hate to go around Glenville School. These poorly prepared reports have even caused Mr. Carbino's children to be threatened on the Greenwich Time message boards.

Mr. Carbino's side of the story has not even equalled three column inches in all of the Greenwich Time reports.

Mr. Carbino's supporters have receive zero column inches in all of the Greenwich time reports.

Yet Principal D'Amico, his lawyer and supporters are given column feet to in the multiple Greenwich Time reports.

Is this fair and balanced reporting?

One is led to believe that Principal D'Amico has given the newspaper some kind of exclusive statement, but it is actually a rehashing of the previous unbalanced reports that are so unfair to Mr. Carbino.

Principal tells his side of story: Statement to school board will be weighed at Monday's meeting

As Glenville parents grappled with the turmoil besetting their school, suspended principal Marc D'Amico prepared to meet with district officials next week, his lawyer said.

In anticipation of a meeting scheduled for Monday, D'Amico submitted to Greenwich administrators yesterday a statement explaining his version of the events leading to his suspension, his Hamden lawyer John Gesmonde said.

"The superintendent had instructed him to provide them with a statement of his understanding of the events," he said. "They will have that as well as whatever they have discovered or reviewed in their investigation."

D'Amico's fate could be decided at the Monday meeting, where he is expected to meet with Superintendent of Schools Betty Sternberg and the district's lawyers, said Gesmonde, who expects to be at the meeting.

Kim Eves, the district's spokesman, said officials are maintaining their silence until the investigation is completed.

"There's a hope they can resolve the matter sooner rather than later," she said.

On Wednesday, district officials suspended D'Amico from his position at Glenville School, saying only that they were launching an investigation of serious allegations.

Hoa what about the Carbino family and their supporters?
Hoa is this fair? Hoa is this Balanced?


Everyone knows that Principal D'Amico will give a statement on Monday, so what !!!!

Hoa this is non-news that misinforms parents. 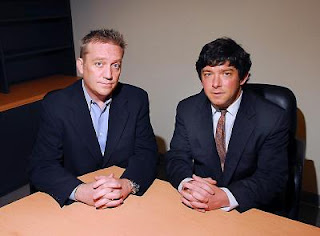 Requests for taser recording rejected
The Board of Education has rejected Freedom of Information requests for a surveillance video of a Greenwich High School student being tasered by town police trying to arrest him at the school two weeks ago, Town Attorney John Wayne Fox said.

Police seek slasher
Greenwich police say they are on the lookout for an Albanian man suspected of ordering a savage slashing attack on his ex-girlfriend after a multistate manhunt led detectives from New York City's Chinatown to a local bar frequented by the fugitive.