Veterans and family support the troops at concert
When Greenwich resident Arleen Pellegrino heard that there was a concert being held to honor veterans, she knew she had to attend.
Church celebrates 175th anniversary
Sifting through documents stored in a garage, a group of women from the Diamond Hill United Methodist Church discovered the vast history of the congregation that began 175 years ago.
When is a contract not a contract?
STAMFORD - Although most contracts with home heating companies are valid, there are a few irregularities consumers should watch out for, state Attorney General Richard Blumenthal said.

Locked-in customers over a barrel as oil prices drop
STAMFORD - Steve Nussbaum made a risky gamble this summer. In July, when home heating oil hit historic highs of almost $5 a gallon, the Westport man ignored the panicked predictions that the price would rise another dollar or two a gallon this winter and refused to pre-buy his heating oil.

Try to get out and honor our veterans today. My son is being honored with others at his college tomorrow for his service. He survived three IED attacks in IRAQ and won 11 commendations. Lt. Governor Michael Fedele will be there.

A Bit Later on he will be scheduled to go to Afghanistan.

We all of our veterans and current defenders so very very much.

We never truly think about the freedoms that our veterans have won for us, because we give those freedoms away so very easily.

If you can't make it to a Veterans Day event stop and say a prayer that the young and brave men and women who are currently overseas will come home to their families safe and sound.
Town man's WWI posters on display at museum
In one poster, a squad of American soldiers climb out of a trench to charge the enemy line. In another, a pair of German combat boots drip with blood on a stark black background emblazoned with the slogan, "Keep These Off the U.....

"I conceded to him on his voice mail," Krumeich said. "I hope he got the message."
In the age of meticulously choreographed campaigns and methodically rehearsed talking points, there is no playbook for the behind-the-scenes concessions between vanquished and victorious candidates on Election Night.
Will a text message suffice?
What if the other person doesn't answer?
What do you say?
When Frank Farricker ran for state Senate two years ago, he gave his business card to his heavily favored opponent, longtime Republican incumbent William Nickerson, and told him in jest that he would be needing it on Election Night.
As it turned out, Farricker was the one who would be making a concession after Nickerson won a lopsided contest 59 percent to 40 percent.
There was one slight problem.
"He gave his state legislature card that had his number up in Hartford on it. I was sure he wasn't going to be there on Election Night," said Farricker, who conceded to Nickerson in person. "Afterwards, I did go over to the Milbrook Club and shake his hand."
For U.S. Rep. Christopher Shays, R-Conn., calling an opponent to concede was uncharted territory during his 21 years as an incumbent.
That changed, of course, on Tuesday night, when Shays was ousted by Greenwich Democrat Jim Himes.
"The first number I had was not the one they wanted me to call," said Shays, who contacted Himes around 9:45 p.m. "He answered the phone. I knew exactly how he felt because I have been on that side of the call many times, and it's a great feeling."

IS IT OK TO SEND A TEXT MESSAGE?

GET IN YOUR CAR AND SHOW YOUR OPPONENTS AND SUPPORTERS
THAT YOU REALLY ARE A CLASS ACT.

In the old days it used to be customary for the losing candidate to walk or drive over to his opponent's headquarters and congratulate him on a hard fought battle. Much like a child's ball team was taught to shake hands with the other team at the end of a game.

In many town's and villages in New York it is still a time honored tradition for candidates to go over to there opponents campaign headquarters and wish them well. Just across the boarder in Port Chester a bitter candidate will never live down his failure to do the right and proper thing.

Often younger losing candidates might say, Forget about it, I not walking over there to see that SOB", but older more seasoned politician's will say,"Come on, let's go we have to work with these guys over the next two years."

Of coarse this was before a Federal Judge put in a court order that stopped local elections in Port Chester over redistricting.

No Wonder Greenwich Time Reporters Are So Lazy - They Learn From Their Editors. There Have Been No Greenwich Time Editorials Put Up For Four Days. Please Re-read Don't waste this moment in history
Seven years ago, the first major historical event of the new century shattered American life as we knew it.
But in the aftermath, an angrily divided nation had a rare opportunity to put its differences behind it and come together as one. We squandered that chance, and the politics of divide and conquer that had already taken root only grew.
Now, another great historical event has occurred. The nation is even more bitterly divided than it was in 2001. But we have another chance to put those divisions behind us.
Four days ago, we endorsed Barack Obama's opponent, John McCain, to be our next president. But in the endorsement we also said that, should he win, Mr. Obama would stand as a beacon to that which is best in all of us.....

.....Paraphrasing Lincoln, our new president last night declared that "government of the people, by the people and for the people has not perished from this Earth."
Recalling that same speech, given 145 years ago beside a battlefield in Gettysburg, Pennsylvania, we hope that Americans 145 years from now look back to this moment as the time when the country embraced "a new birth of freedom."

IS THE GREENWICH TIME ENOUCARAGING LOCAL VOTERS TO GO AFTER JOE???? The Greenwich Time has had the same letter to the editor up on it's web site for Four days - Weigh in on Lieberman. Hasn't anyone else written to the Greenwich Time Editor?

To the editor:
We have all tolerated the behavior of "our" Sen. Joseph Lieberman as he desperately sought to help his friend John McCain win the election. Many of us felt his motivations were focused more on Joe and what he could get in return if McCain were elected, given that he clearly could not hope for much from a Democratic administration, which he had attacked and betrayed for months.
It's one thing to support a friend; but I felt he really crossed the line with his hateful attacks on Barack Obama at the Republican convention and has done even worse since then.
Monday, he took it to an even lower level. When asked by radio interviewer Glenn Beck whether he agreed that America would "not survive" a fillibuster-proof Democratic majority in the Senate, he said: "Well, I hope it's not like that, but I fear."
I believe he crossed the boundaries of civil discourse, and demonstrated a lack of judgment, morality and even soundness of mind. How could he seriously consider that America would not survive if there were 60 Democrats in the Senate? Not survive? ........

....Whatever your feelings, including if you think Lieberman deserves yet another chance, share them with The Honorable Harry Reid, 528 Hart Senate Office Building, Washington, D.C. 20510; Phone: (202) 224-3542; Fax: (202) 224-7327; or contact him via link on his Web site http://reid.senate.gov/contact/index.cfm
Speak up Connecticut citizens. This is our issue, too.
Kathy Lewton
Stamford

11/10/08 READER SUBMITTED COMMENTS: Its (not it's) is the correct possessive form 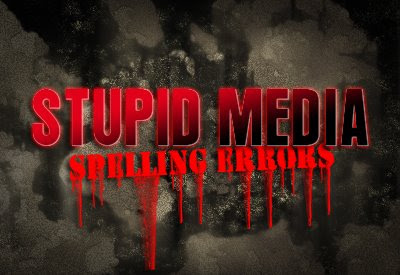 A stickler for spelling

Please forgive me, I was raised in the Hills And Hollers of the Ozark Mountains of Missouri.

You are right the spelling and grammar errors do detract from the blog.

The real sad part of the story is that I have been trying to catch the spelling and grammar errors. I often save the posts as a draft and review them one more time before hitting the publishing button.

I do have a vision impairment that contributes somewhat to the errors, but truth be told, I should also take much more care to go over my post two or three times to catch all of the mistakes.