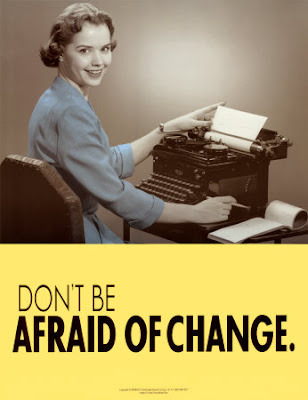 For Some Odd, Strange And Unknown Reason The Greenwich Police Department Releases They Name Of The Poor Hard Working Victim, But Does Not Release The Name Of The Driver Of The White Jeep Cherokee That Killed Him.
Hey, Greenwich Protects Drivers. What's Up With That ?????
Weird But True: According to Greenwich Police the unarmed mystery driver was found way down the road from the victim, next to a telephone utility pole he had struck.
Did the unamed mystery driver remain way down the road of his own free will or was he stuck because his SUV was immobilized by a telephone pole?
QUOTES:
"He rode on the car for some distance," said Sgt. Timothy Berry.
"She was frantic and I called 911," Catherine Wells, of Sheephill Road said.
"I knew him very well," said Ravin Malhotra, a manager at Shop Rite. "He was very hardworking and very friendly."
"All I heard is a big boom - it sounded like an explosion," said Margaret Depoli, "That's such a shame what happened,"
"They just go through, they don't stop," said Evelyne Penvenne, of 93 Sheephill Road.
"It's a problem because this is a really long straight-away," said Hans Broecking, of 98 Sheephill Road, "It's been a while since we've had some speed traps in this area."

Man killed after being struck by car on Sheephill Road

Police are investigating the death of a 20-year-old Greenwich man who was struck and killed by a sport utility vehicle on Sheephill Road, police said

The victim, Joseph Borselio, was riding his bicycle Sunday northbound on Sheephill Road near Sound Beach Avenue Extension shortly before midnight when a white Jeep Cherokee also traveling northbound hit him, carrying the victim several feet down the road, police said.......
....According to Berry, the driver's Jeep was found down the road from the victim, next to a telephone utility pole it had struck before coming to a stop. A man standing nearby the car identified himself to officers as the driver and said he had collided with the victim, according to a police report.....
....Borselio had been a cashier at the Shop Rite on West Main Street in Stamford for two years and worked a shift on Sunday night until 7 p.m., according to a store manager.....
......Police did not say whether the Jeep involved in Sunday night's accident was exceeding the speed limit.
Berry said the Traffic Division is awaiting blood work that will determine if the driver was under the influence of drugs or alcohol.
Please Read The Full Greenwich Time Story
Questions ?
Police won't say if speed was not a factor in the unnamed mystery driver's killing of young man riding a bike home from work ?????
Joseph Borselio is struck in 25 mile per hour speed zone and home owning witnesses are not even aware that the unnamed mystery driver crashed into a telephone pole way down the road.
No wonder all of Sheephill Road was closed for 12 hours.
Why wasn't the unnamed mystery driver was not given a field sobriety test by the Greenwich Police Department ?????
Please Also See:

10/04 - 10/06/08 The Raw Weekend Greenwich News Feed Continues ----- Or Greenwich Roundup's Media Critisim Sends Ex- Greenwich Time Editor Packing After About 100 days on the Job ------ The Greenwich Time Will Soon Have It's Third Editor In Less Than A Year.