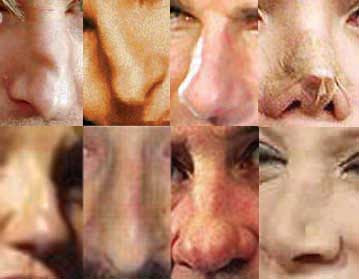 Who's Knows?
Whose Nose?
HEADLINE:

"Is there anyone here who has a similar nose to the man you saw that day," asked Assistant State's Attorney Joeseph Valdez.

As the "Dinnertime Bandit" trial continued in Stamford on Thursday, a young Greenwich woman said the intruder she spotted in her Woodside Drive home more than a decade ago had a distinctly pointy nose....

...."My argument would be the same as before, that it was improperly conducted and the photos were unduly suggestive," Ehring said.

Judge John Kavanewsky Jr. is expected to rule on the photos before the trial continues Thursday afternoon....

Where Did Assistant States Attorney Joeseph Valdez Get His Law Degree?

Maybe, He Got It Out Of A Cracker Jack Box.

Why in the world did Valdez choose to go forward with this poorly investigated case that is being cover on national television?

It's not like Valdez wasn't fore warned to be careful of cases investigated and delivered by the Greenwich Police Department.

Everybody and there uncle knows how disgraced Los Angeles Detective Mark Furman came to Greenwich and solved the decades old Martha Moxley Murder for the Greenwich Police Department.

Assistant State's Attorney Joeseph Valdez should try and delay the trial and call in Mark Furman to once again bail out the Greenwich Police Department.

Assistant State's Attorney Valdez Looks Like A Moron Filing Court Papers To Allow A Nose Lineup To Be Admitted In Court.

Judge John Kavanewsky Jr. Is Not Going To Allow The Improperly Conducted Greenwich Police Department Photo Lineup To Be Admitted In His Court Room, Because He Doesn't Want An Appeal That Will Make Him Look Like A Fool As The Nation Follows This Case.

Greenwich residents are starting to make fun of our Assistant State's Attorney.

Today I overheard one man tell a joke in the Greenwich Train Station.

Please send your comments and court reports to GreenwichRoundup@gmail.com