If These Leaks Were In A Small Child's Bedroom A Parent Would Put And End To Them.

Yet The Failed Greenwich Board Of Education Turns A Blind Eye To Failed School Administrators Like Susan Wallerstien Who Takes Home A Big Fat Taxpayer Paycheck For Putting Small Children In Wet Modular Classrooms.

After Almost Four Years It Is Time To Open Hamilton Avenue School Even If It Means Susan Wallerstien Has To Get Off Her Rear End And Work Around The Clock With Board Of Education Staff.

After reading today's Greenwich Time article it is apparent that the Superintendant and Principal of Hamilton Avenue School are tyring to instill a "new" fear in the parents and community. Since their health and safety reasons for not moving the students into the building until April were blown out of the water, the new tactic is pulling out the No Child Left Behind Act.

What wasn't said in the article is that there is a very definitive process for addressing schools that do not make Annual Yearly Progress.

I have included a link to the State of Connecticut's No Child Left Behind Act Accountability Workbook, Updated Version, Modified 6/23/06

http://www.csde.state.ct.us/public/cedar/nclb/faq/resources/state_accountability_workbook_september_06.pdf
On page 11 of this workbook you will find the following:

"STATE RESPONSE AND STATE ACTIVITIES FOR MEETING NO CHILD LEFT BEHIND REQUIREMENTS.

A school will be identified as

By the superintendant's own words in the Greenwich Time article Hamilton Avenue School was given an exemption by the State for last school year (2006-07). The school made appropriate AYP for the school year 2005-06.

Hamilton Avenue School is TWO YEARS away from being cited for failure to meet AYP with anything more severe than a demand for a plan to fix the failure.

So, what happens if Hamilton Avenue School is cited for failing to meet AYP this year? Since this is a Title I school, they will be made to come up with an improvement plan that must be accepted by the State with a clear outline of how they will bring each student's test scores up to proficient. Said improvement plan will be montored at the local and State BOE levels.

Again, please let me point out the true reason for bringing out the No Child Left Behind Act card. Using the superintendant's own words ".... and how school administrators' performances are evaluated".

This is just another attempt to defend an indefensible reason for keeping the Hamilton Avenue School children in the moldy, leaking modulars.

Since this fear has now been debunked, I eagerly await the next "fear" that is devised. Please share this email with others.

THIS WOULD NOT BE THE FIRST TIME THAT STERNBERG LIED

TO THE PARENTS AND SINGLE FAMILY HOMEOWNERS OF GREENWICH

ALL TOO OFTEN FAILED SCHOOL ADMINISTRATORS

MISLEAD THE PRESS IN AN EFFORT TO

TRYING TO PROTECT THEIR SMALL CHILDREN

ASK YOURSELF, HOW MANY TIMES HAVE SCHOOL OFFICIALS LIED TO THE SINGLE FAMILY HOMEOWNERS IN THE LAST YEAR ALONE?

Please send your comments to GreenwichRoundup@gmail.com
Posted by Greenwich Roundup at 1/31/2009 08:05:00 PM No comments: Links to this post

1/31/09 EXCLUSIVE: You Wont Read This In The Greenwich Time - End Maybe Near For Madoff "Victim" Fairfield Greenwich (Updated)

Local Greenwich Sources Tell Greenwich Roundup ....
Hedge fund firm Fairfield Greenwich, which lost more than half of its assets to scummier Bernard Madoff, is in the process of or preparing to winding down operations and could shutter its doors by summer.
The fund, which is headed by Greenwich Resident Walter Noel has been rumored to have cut its staff by 30 - 50% Greenwich Roundup has learned and people familiar with the situation have said that some remaining Fairfield Greenwich employees have been told that they may be let go by late July. Generous severance packages are being offered to keep key staff members on board and quite.
Walter "Feeder Fund" Noel lost a who headed the Fairield Sentry Fund "invested" a whopping $7.5 Billion with his chum Bernard Madoff. Fairfield Greenwich Investors have been lead to believe that there was an additional $6,5 Billion left to pay investors back. This might not be entirely accurate.
While Walter "Feeder Fund" Noel has suspended seeking new investors and has said ,"it retains the staff necessary to seek and recover any available Madoff assets."
The formerly high flying Fairfield Greenwich Group had $7.5 Billion out of $14 Billion in assets invested with Walter Noel chum Bernie Madoff through the firms fund of hedge funds, known as Fairfield Sentry.
Walter Noel who long ago suspended investor redemption requests for non-family members and is now apparently working toward selling off the firms surviving assets held in offshore tax havens.
Also wounded by the Madoff scandal is hedge fund firm Tremont Group run by Mass Mutual . The Rye New York fund also lost more than half of its assets ($3.1 Billion) to Madoff. Press reports last week said that Tremont was in the process of shutting down operations.

PLEASE ALSO SEE:
1/29/09 YOU WONT READ THIS IN THE GREENWICH TIME: JP Morgan Investors Got Out Clean While Walter Noel's Investors Were Left Holding The Bag
SOME OF GREENWICH FAIRFIELD'S MONEY IS FOUND IN THE VAULTS OF JPMORGAN CHASE
Lawyers Representing Greenwich Fairfield May Be Taking Chase To Court
Fairfield Greenwich Investors Question The Timing Of JP Morgan's Withdrawal - They Say Part Of That JP Morgan Stash Belongs To Them
Walter "Feeder Fund" Noel's Investors WONDER IF JPMorgan Saw Trouble Brewing And Got Out Before The Storm.
JP Morgan Chase Says The Bank "Became Concerned About The Lack Of Transparency" As It Reviewed Its Investments Linked To Bernard Madoff
Why Wasn't Greenwich Resident Walter Noel Concerned About The "Lack Of Transparency" At Madoff's Firm?
Why Didn't Walter Noel Tell His Investors About Chases Withdrawal?
JPMorgan Pulled Cash Early 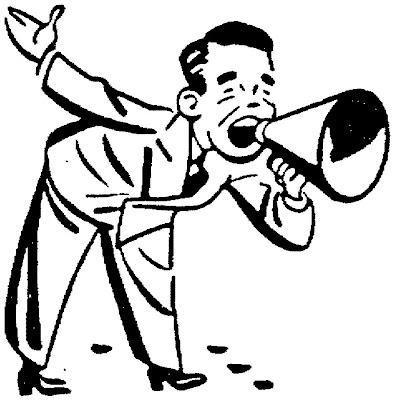 Citizen Journalists And Bloggers Who Are From, Work In Or Used To Live In Greenwich.....
Greenwich Library Today's Events
Baby Lapsit Registration - *When:* Saturday January 31st, 2009 - All Day Open enrollment begins January 26 for Baby Lapsit for infants up to 12 months with a caregiver. Five-week...

For What It's Worth By Greenwich Blogger Chris Fountain
Now it can be revealed - Obama a white drug user, not 1/2 African - All of Kenya is in mourning today after it was revealed that its favorite son, Barack Obama, achieves his healthy, glowing skin tone via drugs, not heritag...

The Perrot Memorial Library Blog
Remembering - - "Two Brilliant Stars Go Out Too Soon" at Educating Alice - "Kate McClelland" at Bowen Press - "A Great Loss in ALSC" at the ALSC Blog - "...

Frank Trotta's Page At Our Greenwich
Who’s Watching Out for Our Kids? - Not much could shock me – or so I thought. I certainly was shocked as a student at the FBI Citizens Academy when in one of the optional exercises some of ...
Jane Genova: Speechwriter - Ghostwriter
Oprah - Is she nothing but a, well, pest - Believe the tabloids, like the February 9, 2009 edition of GLOBE, and once-mighty Oprah has morphed into, well, a pest. According to Paul Bannister, Michelle...

John Ferris Robben - T-shirt Philosophy Page At Our Greenwich
Due To Technical Difficulties This Area of OurGreenwich Cannot Load New Images. The Problem Is Being Worked On. We Hope To Be Back Soon. -

Greenwich Diva
Republican Sen. Judd Gregg - said that he is being considered by President Obama for Secretary of Commerce
Rock Star Diary
Dinner at Walter Food - Last night Alice sent me a text and invited me to dinner with her sister at Walter Food in Williamsburg. I ran into Molly at the gym and invited her too. Hav...

The Blonde Excuse
Duran Duran - I know I should be working right now, but I find myself unable to take "Hungry Like the Wolf" off repeat and get on with my day.... -Lauren PS- What is your ...

Exit 55 By Rob "WGCH" Adams - The Sports Voice Of Greenwich
10 Reasons to Like the Steelers - These are just a few. There are so many more!

The Daily Spurgeon
Wash one another's feet - If there be any deed of kindness or love that we can do for the very meanest and most obscure of God’s people, we ought to be willing to do it - to be...