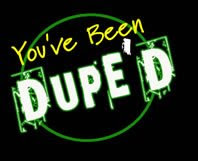 You Wont Read This In The Greenwich Time: 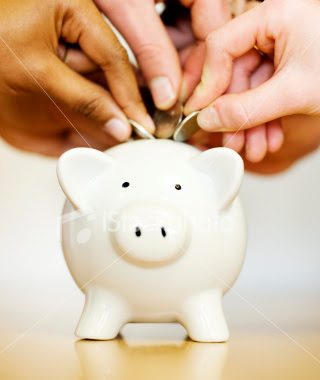 MORE AND MORE GREENWICH FAMILIES ARE SAVING HUNDREDS OF DOLLARS A YEAR BY READING THE GREENWICH TIME ONLINE FOR FREE !!!!!

Democrats vow to take back NY Senate
ALBANY, N.Y. -- State Sen. Pedro Espada Jr. enjoyed a whirlwind of media attention Tuesday, one day after a parliamentary plot ousted a leader, upended the Senate and put the Bronx Democrat in

Attorney defends mother who left infant in car
GREENWICH -- The attorney for a town woman accused of leaving her baby unattended in a car on Greenwich Avenue Monday said his client would never do anything to harm her child intentionally.

CNBC anchor offers hope
The nation will weather the economic crisis but Americans should expect industries such as financial services -- Fairfield County's bread and butter during the past two decades -- to emerge with
Wright says he's not frustrated with Citi Field
NEW YORK—David Wright and Chipper Jones insist they were just kidding. A day after the Atlanta Braves star said the New York Mets third baseman told him he was frustrated by the spacious dimensions at Citi Field, Wright said his remarks shouldn't be taken literally.
Wesleyan shooting suspect pleads not guilty
MIDDLETOWN -- A man accused of shooting a Wesleyan University student to death last month pleaded not guilty Tuesday to murder and two new charges added by state prosecutors.

Police blotter
Allison Reilly, 28, of 69 Harbor Ave., Bridgeport, was charged Friday morning with driving while under the influence. She was released on $250 bond.
Oil Purification Systems receives $2.5M in funding
Shelton-based Oil Purification Systems has secured $2.5 million in funding from five investors, including $500,000 from Connecticut Innovations, to broaden its range of products, particularly for
'Rockefeller' jury ends second day without verdict
BOSTON—Jurors in the kidnapping trial of the man who calls himself Clark Rockefeller have gone home for the day without reaching a verdict.
Business People
Bridgeport resident Christopher Shays, former 4th District representative from 1987 to 2008, has been named to the board of directors at North Highland, an Atlanta-based global management and
Whitby School eyes IB expansion into high school
The only school in Greenwich to offer an International Baccalaureate curriculum at the middle school level is now making a play to become the first high school in town with an IB program as well.
BIC marks 50th year with golden ink promotion
There are 50 BIC pens loaded with gold ink somewhere around the country, and if you find one, you can win a gold bar courtesy of Shelton-based Bic Corp.
Pete Barry retires from Coast Guard academy
NEW LONDON, Conn.—Coast Guard basketball coach Pete Barry is retiring after 19 seasons and more wins than any other basketball coach at the academy.
Area stocks
Emcor edges up Area stocks climbed Tuesday led by a group that included Stamford-based PrimeEnergy Corp. and Norwalk-based Priceline.com Inc. The Hearst/BloombergSouthwest Connecticut Index was up
Digital TV hits Friday
Come Friday, the technology that introduced the country to The Beatles, let people sit on a bar stool in "Cheers," lifted our spirits with great moments like the Miracle on Ice, or brought us
Man pleads not guilty in Conn. hit-and-run
HARTFORD, Conn.—A Connecticut man has pleaded not guilty to manslaughter in a hit-and-run accident that was caught on video and inspired a debate about Hartford residents' morality.

Step increases ease pain of wage freeze
A so-called wage freeze sought by the town from two of its largest unions may never reach the cryogenic state. An unspecified number of members of Laborers' International Union of North America
Conn. judge rejects mayor's bid to block charges
HARTFORD, Conn.—A Connecticut judge has rejected a bid by Hartford Mayor Eddie Perez to get his alleged bribery case dismissed.
Planning document still has enemies
The town's planning commission chief hailed the adoption Monday night of a new townwide planning document, while an opponent said it was a lost opportunity to make changes.
Mystic Bowie set for number of Connecticut gigs
Jamaica native Mystic Bowie taps into HIS audience's vibeAs a child, Mystic Bowie sang in the church choir of his tribal village of Lacovia and later performed across Cornwall County in western Jamaica. Though he played for many audiences -- villagers,
Report likely to stir debate on controversial state film tax credits
HARTFORD -- As lawmakers continue to wrestle with crafting a two-year budget, a new analysis is likely to renew debate regarding the state's three-year-old film tax credit program.

Wilbur Peck patrols continue
As the summer months approach, police say they are continuing extra patrols through Wilbur Peck Court after residents asked the Greenwich Housing Authority for added security following increasing
Seniors hit by end of drug discount
John Mical pays about $80 a month for five medications, and the 86-year-old Greenwich resident is worried that a recent change to the state's pharmaceutical assistance program could potentially
Life in the meadow
Stephanie Hanbury-Brown likes it when squirrels, chipmunks and wild turkeys take over her yard. "I like the idea of attracting wildlife," says the Greenwich executive, who turned her yard into a refuge that was certified a wildlife habitat early this year by the National Wildlife Federation.
=======================================
Please send your comments, news tips and press releases to GreenwichRoundup@gmail.com
Posted by Greenwich Roundup at 6/09/2009 10:13:00 PM No comments: Links to this post

A balanced budget offered by House Republicans on the final day of the legislative session was rejected by the Democrats by the use of an arcane parliamentary procedure. The House Republican budget would restore some proposed cuts and preserve all aid to cities and towns -- without raising taxes.

Municipalities throughout Connecticut continue in fiscal limbo, waiting for a budget that will allow them to know how much state aid to expect over the next two fiscal years. The governor and the Republicans asked the Democratic majority to pass a resolution in early May saying all municipalities would at least be flat-funded so they could adopt their own budgets. That was rejected.

Republicans presented their first budget for the next biennium on April 16. The supermajority party used a procedure that disallowed debate on the proposal. Ironically, after several weeks of saying the governor had done nothing to propose a budget reflecting the latest deficit forecasts, the Democratic supermajority voted down its own budget proposal that would raise taxes by $3.3 billion.

Under the Republican budget, no parks would be closed and towns would not be forced to pay more for their resident state troopers. No additional courthouses would be shut and modified grants for tourism and culture would remain.

Features in the Republican budget include:

The modified biennial budget would show a $37 million surplus in each of the two years.

As the state continues without a budget, the deficit increases. The state has done nothing to make systemic cuts in services, employees or departments at a time when tax revenue is decreasing, and if the state does not have a new budget by July 1, it will be forced to fund itself month by month, through temporary budget resolutions. Otherwise, the state runs out of money.

We need leadership during this fiscal crisis. We need to do the people's business today, which means adopting a fiscally sound budget.

Please send your comments, news tips and press releases to GreenwichRoundup@gmail.com
Posted by Greenwich Roundup at 6/09/2009 05:56:00 PM No comments: Links to this post 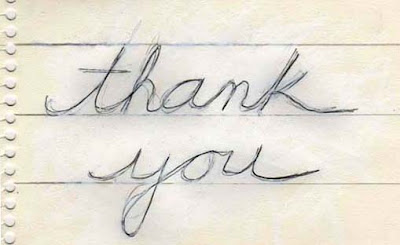 Thank you so much for putting the press release up about the Room to Read event and so fast!

Please send your comments and press releases to GreenwichRoundup@gmail.com

Meetups near Greenwich. To see all 1,975 Meetups visit the Greenwich page.

See All Meetup Groups in Greenwich

Start your own Greenwich Meetup Group

Please Send your Greenwich Events To GreenwichRoundup@gmail.com
Posted by Greenwich Roundup at 6/09/2009 03:08:00 AM No comments: Links to this post

Please send your comments, news tips and press releases to GreenwichRoundup@gmail.com
Posted by Greenwich Roundup at 6/09/2009 02:06:00 AM No comments: Links to this post 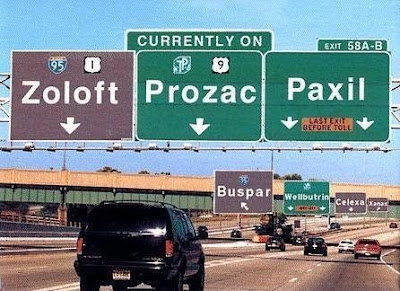 Who Is Going To Read This Crap?

The Worst Blogs on the Web Are At The Greenwich Time

To all our readers at the Greenwich Time, welcome to the Connecticut Media Group’s brand-spanking-new blogging platform. We think you’re going to like it.

We’ve got blogs about our favorite restaurants, about parenting in 2009 and about toxic soil in our communities. From high school bands to the New York Yankees, and pumpkins in Hartford, we have our communities covered.

But we’re just getting started.

Here’s the pitch: We think there are tons of stories to be told within Fairfield County — far more than any one newsroom could ever tell. So we’re reaching out to you to help get those stories told.

If you live in Fairfield County, we want our blogs to be the place you go to stay in touch with the world around you. And we can’t do it without you.

We want you to help us. Send me an e-mail below. Let me know your blog idea, a brief sample of your writing style and, most important, what aspect of Fairfield County you’d like to write about — our music, food, sports, health, technology, traffic and commuting, barbecuing, bars, whatever. Together with our first-class journalists, your blog will help get these stories told.

If you’d like the chance to get featured prominently on four Web sites that together average over 9 million page views a month, drop me a line.

We’re looking forward to reading about you.

Here are the Greenwich Time blogs that depressed - er, uh - impressed us the most with their lameness.

For every real innovative and inspiring Greenwich based blog, there is at least one Hearst Newspaper fake blog that is a dreadful alternative.

This is what happens traditional media outlet trying to to enter the digital age by putting out a new blog and pretending to be citizen journalists..

It is painful to watch clueless Hearst Newspaper media members trying to latch onto this new form of information distribution.

Ken Dixon's Blog-O-Rama
If You Paid For It, Is It Really Junk Mail?

The Road to Boyle
Welcome to Connecticut, DeVaghn Millington

Cost Conscious in Connecticut
A wedding!

Snide Remarks in Sotto Voce
Cell Phones and TVs and Bears, Oh My!

Parenting
What’s in a Word?

The Greenwich Time website is just becoming a vast wasteland of bull crap.

These Greenwich Time blogs are so blatantly unnecessary in the Blogosphere that you wonder why the Hearst Newpaper President Steven Swartz hasn't just shut the whole operation down and call it a day.