Greenwich Murder Picked Up By The Associated Press

I went to Executive Deli in Byram to get some lunch earlier today and of coarse the the talk is all about gangs of kids can just go around and cover Byram in graffiti on a Saturday night, because the police are nowhere to be found in Byram.

The hardworking owner of executive Deli said Mill Street had been covered in graffiti from the East Post Liquors Building to sidewalks next to Salon O on Henry Street. The owner of Executive Deli felt fortunate that his business had been spared.

The talk in the Deli was why isn't a police officer posted in Byram at the Firehouse over night to control the gangs of kids in Byram.

Just how is a business like Salon O going to keep attracting high end and trendy lady customers with graffiti all over the sidewalk next to their business? 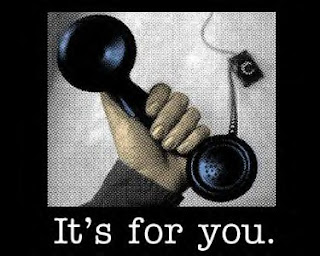 A Phone Call From God ?????
This morning my landlord called me and asked if I was still going to the RTM meeting tonight to be sworn in as a legislator for Byram District 4.

I told him I was going and he suggested I skip the meeting and call in sick.

He said you can always get sworn in at next months meeting.

He said that if I go and get sworn in that the Police and some Town Leaders are going to get very mad at me.

I told him I would think about calling in sick, but I new I was going to get sworn in tonight.

As soon as, I hung up the phone and the phone rang again and it was First Selectman Peter Tesei on the line. He asked if I would meet with him on Wednesday at 9am to talk about Byram. We talked briefly and as Mr. Tesei said goodbye he said I will see you at the RTM meeting tonight.

As I hung up the phone my wife was bringing me my morning tea.

I told her that I just got off the phone with Mr. Tesei and said he was going to meet me about Byram at Wednesday at 9 am. Plus, I told her Mr. Tesei said he would see me at tonight's RTM Meeting.

My wife said,"I knew that. Don't you remember the prayers at church about softening hearts?"

I then told my wife, "Unbelievable, are you and Harvest Time Church going to take credit for everything. Since, December 28th I have called or went by his office every other day asking for a meeting. I have driven his secretary Paula nuts with my requests for a meeting. I even called the ask the First Selectman Show on WGCH looking for a meeting."

My wife then said, "You didn't get a meeting until they prayed for you."

I then told my wife that this meeting was already in the works and the prayers were coincidental.

My wife then said,"I hope you will notice how nice he and everyone is going to be to you tonight. You are going to see that everyone has a soft heart."
Posted by Greenwich Roundup at 1/14/2008 11:55:00 AM No comments: Links to this post

Trip Down Memory Lane - Greenwich, Connecticut
By Monterey John(Monterey John)
I shot this slide image a long time ago. Hey, not too bad for a kid who had no idea what he was doing. These are the pilings for the dock at Greenwich Point In the winter they take the floats out so they are not damaged by ice. ...
MontereyJohn California Photography - http://montereyjohn-california-photography.blogspot.com/

Do you know of a Blog about Greenwich?

If so then please send an email to greenwichroundup@gmail.com , because we are getting ready to make a Greenwich Blog Roll List for Greenwich Roundup. 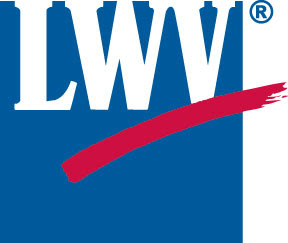 Program appoints new director, sets launch for Jan. 26
Greenwich Post - Greenwich,CT,USA
At Home in Greenwich, a nonprofit organization founded to enable Greenwich residents to live their lives to the fullest in their own homes as they grow ...

Email ThisBlogThis!Share to TwitterShare to FacebookShare to Pinterest
Labels: At Home In Greenwich, Genesee And Wyoming 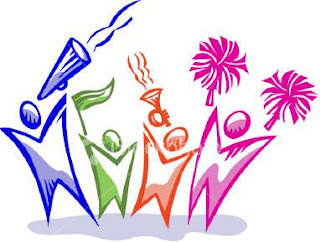 Cos Cob, Riverside and Glenville residents are going to be getting thier property back, because....

Darien police Officer Michael Cummings was not sitting on the Post Road looking for burned out car tail lights. He was patroling the streets of Darien when he saw four guys in an out of state car at 1:45 a.m. driving slowly without its headlights on a residential street.

Maybe, Chief David Ridberg needs to take half of the patrol cars sitting on the Post Road and have them patrol the streets of Byram, Cos Cob, Riverside and Glenville.

Arrest linked to car burglaries
Greenwich Time - Greenwich,CT,USA
By Michael Dinan An arrest in Darien early yesterday morning could help solve a rash of car break-ins throughout Cos Cob, Riverside and Glenville ... 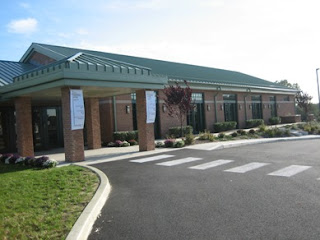 Hey, Give Me A Break - I Am Just A Skeptical Jewish Guy.

As many of the readers of this blog know, I was elected as a Greenwich Legislator for the Byram District 4. Many of you are also aware that the Greenwich Town Clerk said that I Collected more signatures than any of the RTM candidates.
Also, many readers of this blog are aware that I started to speak out about the poor coverage the police department has traditionally provided to Byram. I also started to speak out about this in stronger and stronger terms on the WGCH radio show known as Greenwich Matters.
The Greenwich Matters show is hosted by former first selectman candidate Sam Romeo at 6 pm on Thursday nights.
I even started alerting blog readers that on the December 27th show I was going to complain to Greenwich Matters host Sam Romeo about the performance of the 4pm to Midnight Byram police shift, because of all of the problems that occur during that time period.
Well right at 6pm as I was getting ready to call Sam Romeo and complain about the 4pm to Midnight Byram Officer came into my wives store and our home with a bunch of other officers.
I was detained as the Byram Officer searched non-public areas of our store and our living quarters.
I then had to call 911 three times to get a supervisor down to my wife's store in order to bring the illegal search to an end.
After this I filed a police misconduct claim that was not properly investigated. Greenwich Police Captain Michael Paceswicz cleared the officers without interviewing witnesses, my wife or myself about the illegal search.
Now for the last two weeks I and my wife have been harassed almost daily by the Greenwich Police Department. Most recently, I was talking with WGCH reporter Dima Joseph when my landlord called and said you have to resign your RTM legislative seat or they are going to raid your wife's store.
Plus my landlord expressed a fear that the Town Of Greenwich would go after the many properties he has in Greenwich.
These threats of police raids greatly scared my wife. Moreover, she worried over the merchandise in her store. While the merchandise was only worth a few thousand dollars, it was priceless to her, because she had mad almost everything in the store by hand.
She was so afraid that the police or the Town was going to damage or throw her artistic handcraft work in the street. She became very sick and did not go to church a week ago.
Personally, I am a Jew and my wife used to be a Korean Buddhist. Then she was hired to do the floral arrangements for a mothers day luncheon at Harvest Time Church last May. This luncheon featured a minister who gave a sermon in Spanish.
Don't ask me how but that Spanish sermon made my Korean wife want to convert from Buddhism to being a Charismatic or Pentecostal Christian.
It was very strange.
Well she started going to church every Sunday and I went with her. She goes to all of the Harvest Time service and I volunteer to do the coffee service while she is inside listening to Pastor Glen.
Anyway, this week she wanted to pray with a group called the intercessors, they are sort of like this gang of prayer warriors that just get together and intensely pray for members of the church.

So this group of prayer warriors, puts there hands on my wife and I and they start praying so hard. The pray that my my wife will feel better, that she and I will find peace, that she will find a place for her stuff, that the leaders of the Town will soften thier hearts toward me, etc., etc.,etc....

My wife hugs and thanks all of these prayer warriors.

Then we leave and about five minutes later I am presented with an opportunity for a place that my wife can take all of her things away.

The funny thing was when I went to see the place the first person I meet is a former employee that telling everybody what a great I am and how I was his first boss, when he first came to America from Poland. Then my wife met another Korean lady there and they were instant friends.

The place was a perfect place for my wife to safely put all of her handmade items.