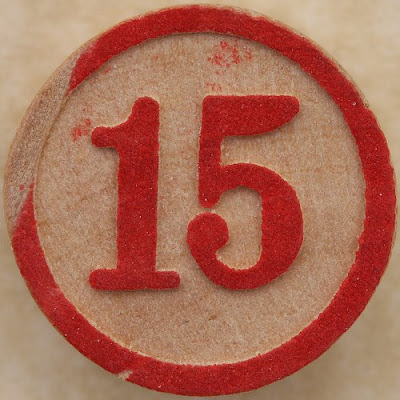 Fifteen More Days...
...and then, one hopes, we can finally bid farewell to the Local Rag, aka Yellowwich Time.
Today the Hearst Corporation, owner of our unspeakably inept, incompetent, incorrect, badly-written, slanted, and scurrilous Local Rag, announced the demise of the Seattle Post-Intelligencer. It will move to an Internet-only presence. Already the parakeet cages and kitty-litter boxes all over Greenwich are wondering what their pets' owners will use as a substitute to line them, should this happen here. And your scribe has no answer for them.
One also wonders if Hearst will close the rag down totally, as in Seattle, and move it to an Internet-only format as well, or whether they will put out a local Greenwich edition of the Connecticut Post. Or perhaps some combination of the two?
One straw in the wind is that after some months of enforced rustication, the talented and opinionated Sarah Darer Littman is once more appearing in the LR. During her unpaid "vacation" she kept up a blogging presence on the Internet. Could be that Hearst needs some computer-savvy people like her to help with the transition from killing trees to pushing electrons around in cyperspace.
One wishes that they would fire the unspeakable Bruce Hunter again, and make her the editor; but she's too busy with her successful writing career to want to make such a downward move. Our loss, alas.
And so, dear reader, be sure to save your Yellowwich Time from March 31, 2009. You may be able to put it up on eBay and get back half of the cover price. Or, of course, you can use it one last time in your birdcages and cat boxes. The choice is yours.
UPDATE:
Bill Clark Timeline For The Yellowich Time Might Be More Accurate
Then Some In Town Might Think
03/16/09 The Ax Once Again Falls At The Greenwich Time
03/17/09 The Raw Greenwich News Feed: Greenwich Time News Links (It Is Not A Very Happy St. Partick's Day At The Green Kitty Litter Liner Today)
================================================================
Please send your comments, news tips and press releases to GreenwichRoundup@gmail.com or click on the comments link at the end of this post.
Posted by Greenwich Roundup at 3/16/2009 11:51:00 PM No comments:

A New Way to Look at Equities

I use a new way of looking at stocks to invest equity portfolio's and it's done inside a Separately Managed Institutional Account held with an independent custodian, such as Schwab Institutional, with real time client monitoring in what I call a Client Supervised Investment Account.

My goal is to provide a superior equity portfolio construction methodology. Greenwich Asset Management Group, LLC does not custody assets and works with limited trading authority only. Send for more information to: gamgllc@earthlink.net or visit www.gamgllc.com

1. Seven measurements - A new way to look at stocks

1. Seven measurements - A new way to look at stocks

I use seven measurements when searching for stocks to add to a portfolio. Very few stocks have all seven measurements, at the same time. These measurements reflect a stocks' strength on a fundamental level first and then a technical level. These are companies which rank in the top 15% on all seven levels as measured by leading financial information providers and represent the financial health and overall demand by stock buyers. We then give each stock a score; (a higher score equals higher 'confidence' in the stocks held in the portfolio).

Our way of making money is to buy good stocks with a high score and, depending on the market, hold them for 3 to 5 years, and sell the ones that don't follow their long term trend line. Add 20 years of experience and you have a workable system which we think can benefit almost any portfolio. Call us to see more information if you think this philosophy would fit with your style of investing: (203) 622-1305.

I use seven measurements when searching for stocks to add to or to 'reconstruct' a portfolio. These measurements reflect a stocks' strength on a fundamental level first and then a technical level. These are companies which rank in the top 15% on all seven levels as measured by leading financial information providers and represent the financial health and overall demand 'by stock buyers'. I then give each stock a score; (a higher score = higher confidence). Currently, a perfect score would be a 598. I found that the higher the score, the fewer the number of stocks were available. I like to limit the portfolio to stocks with a minimum score of 470 to 490 which I feel gives you a higher probability of success. You could imagine ranking all 500 stocks in the S&P 500 and creating an evenly weighted portfolio with just the top 50 or top 100 stocks with the highest rank.

For example, with a $100 million dollar separately managed account held at Schwab Institutional, I would most likely divide it into 30 - 50 evenly weighted segments and then fill each compartment with higher score, stock selections. I learned this style of portfolio management from the former manager of the now $140 billion NY State Common retirement fund, who traded actual client accounts thru me for five years using this technique. While at the State, he had 12 money managers under him. He saw how each one did over time, which systems worked and which to avoid. He settled upon a sector rotation model that averaged 25% per year. I've added the seven measurements above to the formula, among other important criteria, to create a uniquely diversified Institutional quality evenly weighted equity investment process. I operate under the theoretical assumption that, it doesn't matter what you own; what really matters is what other people are buying and how diversified you want to be.

If this concept fits with you, call or email for more information: 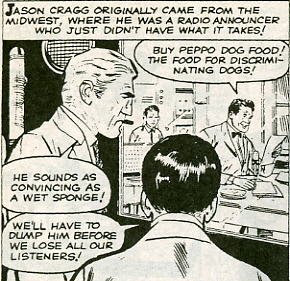 It Used To Be In The Hard Nose Media World You Would Get The Ax If You Did Not Produce Immediate And Sustained Results, But Failed Grenwich Time Editor Bruce Hunter Knows How To Survive By Playing Office Politics At Hearst Newspapers

Hearst buys out 48; cuts costs
Connecticut Post
As part of a move to reduce costs by 20 percent, Hearst Corp. said Monday 48 employees will accept buyouts at its group of Connecticut newspapers.
Employees of the Connecticut Post, News-Times of Danbury, The Advocate of Stamford, Greenwich Time and the Brooks Community Newspapers covering several Fairfield County communities were told in a letter from Senior Vice President and Hearst Newspaper Group Publisher Mark E. Aldam the buyouts and additional reductions are necessitated by a significant deterioration in business conditions and the strain of a deepening recession.
"Most of the individuals accepted into the voluntary buyout plan will be leaving the company within two to four weeks," Aldam wrote. "However, a few exceptions are anticipated to ensure a smooth transition."
It is unclear how many jobs will be shed by Hearst because Aldam said Monday the cost savings will be created through more than just employment reductions. He said other savings could be found in newsprint and elsewhere.
Don't worry. Failed Greenwich Time Managing Editor Bruce Hunter Will Remain To Suck The Life Out Of The Green Kitty Liter Liner That Pulled Him Out Of Unemployment
Hearst Newspapers Seem To Think That That Keeping A Failed Editor And A Lazy Reporter Like Meridith Blake Around Is The Key To Success In Greenwich
It Is Clear That The Failed Editor And The Lazy Reporter Know How To Play The Game Of Newspaper Politics In Greenwich ..... Keep Your Head Down And Don't Rock The Boat.