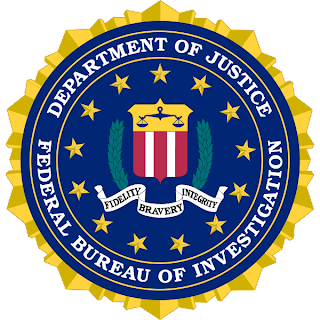 This email was sent to: GreenwichRoundup@gmail.com

To unsubscribe, go to: http://www.himesforcongress.com/unsubscribe 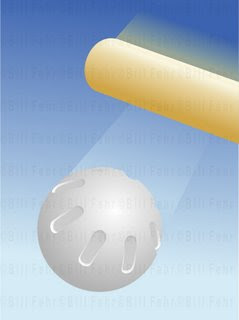 You've probably heard about the Whiffle Ball field by now.

Reporters from News 12, the three Greenwich newspapers, CBS News, the Associated Press and the New York Times have trudged through the neck of Riverside where a dozen teens cleared out brush in a town-owned drainage ditch, erected a plywood replica of Fenway Park's Green Monster and adorned it with American flags and Taco Bell ads.

Their goal? Play Whiffle Ball. Some neighbors' reaction? Hire a lawyer to remove them.

A steady stream of town officials (with 230 people in Greenwich's Representative Town Meeting, there are a lot of them) have visited the field, and it's attracted more passersby than a David Blaine hunger stunt. The teens say Massachusetts minor league team the Brockton Rox and marketing execs from Taco Bell itself have voiced their support.

"Pretend that the president was just here," Justin Currytto, 16, the unofficial leader of the group, whispered to us during an interview mid-last week, trying to trick a red-headed kid returning to the field.

On any given weekday, Currytto said, a dozen teenagers are around; on weekends, it's 40 or so. "Sometimes baseball players from the 1900s come out of the fence," Jeff Currivan, 17, joked.

When neighbors started telling them to get lost and taking their pictures for some presumed court case, Currytto went to the town government. "The police can't pick sides but if they could, they'd be on our side," he said. Indeed, one officer stopped by, not to relay any complaints, but to get the latest on the fate of the field.

A worried neighbor, who wouldn't give his name for fear of retribution (presumably in the form of being repeatedly tapped by yellow plastic bats) said, "We all love Whiffle Ball. I remember games with my brothers but the issue here is that private citizens cannot take public land and put it to their own uses. It sets a dangerous precedent. It's the first step towards chaos."

RTM member Dodie McCollem drove by and said, "I think this is the greatest thing kids can do... Would the neighbors rather see them in downtown Greenwich looking for drugs?" Another woman stopped and scoffed at the field, saying one of the teens in the group had broken into her house but she wouldn't identify the supposed perpetrator or herself.

When we returned on the weekend, the crowd (some drawn by the media attention) had grown with girls, pre-teens and kids from outside of Riverside added to the mix.

"There are other fields but I like this one because you can hit the ball over a wall," said tot Griffin Golden whose pro-field father drove him in from Old Greenwich.

And the neighborhood seemed media-ed out. "Neighbors are keeping to themselves," said Currytto. Buzz about the field was lodged into their Greenwich Time boxes daily and, when approached, residents seemed tepid to talk to another reporter. (You move to Greenwich to get away from the omnipresent media buzz of New York City, right?) "I think it's been played out," said Brendan Cullins, whose house is next to the field. "Most people on this block are fine with it; it's just a handful of people who are complaining."

A woman—later identified to us as Liz Pate, who told Greenwich Time "she has felt like a prisoner on her own property" because of the field—raised her hand and murmured, "please" when we approached her.

The end decision may rest with Greenwich first selectman Peter Tesei, who was also there on Saturday, meeting with the kids and generally "lowering the emotions; the tensions have mushroomed out of control." He says no one has legally threatened the town, that the wall presents a liability and the most likely compromises are the field staying but the wall going or the kids moving to a new locale. He hopes to reason with the angrier neighbors. "The one thing I have zero tolerance for is a lack of civility. Reasonable people can work out a compromise."

As for the media coverage? "It's sad that whenever the media focuses on Greenwich, Connecticut, they always treat it as a snobby, upper-class place" said Tesei, a fifth-generation Greenwich citizen.

Fair enough, but we will point out we talked to more than one maid or housekeeper when we knocked on doors. 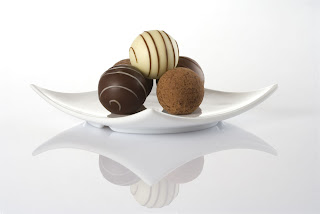 You Asked For It

Q. What can I do with chocolate truffles that have melted? I have about 2 pounds of them. Can I bake with it? I tried to use it as icing on a cake. I melted it down in the microwave oven, put it on a cooled down cake. When I cut a piece, it separated from the cake. It was candy again. What can I do with this other than just eating it, which I don't want to do?

A. A call to our dear friend Jean-Louis Gerin, maitre cuisinier de France and owner of Restaurant Jean-Louis located in Greenwich, Conn., and we had an answer for Shmilowitz.

According to Jean-Louis, the first problem comes from keeping the truffles too long. They should be eaten or used within 3 weeks or at the very most a month. Truffles lose fat content the longer they are kept.

To reconstitute those fat-deprived truffles, Jean-Louis suggests adding oil back into the basic melted candy. He mentions heavy cream, butter, oil, vegetable shortening or even a combination of heavy cream and one of the fats. (The exact amount of the fat cannot be given, but begin with small amounts.)

Make sure you use a heavy saucepan and low heat and never let the mixture boil. After everything has melted together, let the mixture cool slightly, then use a food processor fitted with the metal blade or a stand mixer with the whisk attachment to process or beat the mixture well.

Pour the mixture into paper-lined mini muffin cups to emulate the original small truffles. Or you can try using your reconditioned truffles experimentally, such as in a frosting. 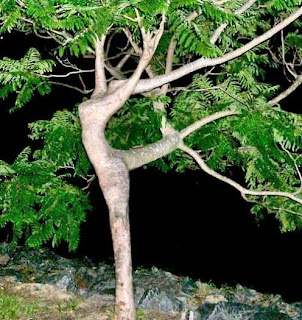 Once again, according to Greenwich Time, our town officials, including a so-called Republican, Peter Crumbine, are nosing around a proposal to regulate the cutting of trees on private property.

"There is a lot of interest in the community and concern about a great deal of clear cutting in town," Crumbine said. "Are you considering what you can or can't do about that?"

"I expect that to be the other shoe to drop," Spaman said.

Look - I like trees, and even have a few of them on my own property, providing shade, a home for squirrels and all sorts of ecologically-friendly benefits. But the typical Greenwich homestead is cluttered with the things, and, here's a shock, they're all second (or third or fourth) growth. No one ever built a stonewall in a forest, so when you trip over one when hiking, be assured that you're traipsing through a former pasture.

Similarly, Fort Stamford,on Den Road, was sited where it was so that Revolution-era soldiers could keep an eye on British traffic on Long Island Sound. It was a clear sweep of farmland from the top of the hill to the water, a distance of, what, 8 miles? Try spotting even a glimpse of water from that vantage point today and you'll fail.

Mature, well-sited trees add value to a house, but a clutter of scraggly celulose that preempts a yard does nothing but detract from that value. Who is to decide between preservation and removal? Mr. Crumbine and his supporters want to hand off that right to yet another commission. I think that Greenwich homeowners should fight to reserve the decision to themselves.

More From What It's Worth: 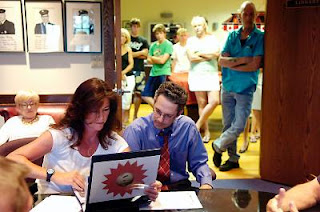 Police group strikes up Wiffle ball discussion
The head of a community policing group wants to create a pocket park on the municipal lot in Riverside where a group of teens - without the town's permission and with some neighborhood opposition - built a miniature Fenway Park for Wiffle ball....

Hot, humid weather settles over Greenwich
A four-day stretch of scorching 90 degree plus weather will settle over Greenwich and the local area starting today and lasting until at least Sunday....

Increase in rent forces Frame King to close
For Mary Kennedy, 60, the hardest part about going out of business is saying goodbye to the customers

Stars gear up for golf fundraiser
Before heading down to the All-Star Game yesterday, Willie Upshaw, former Toronto Blue Jays first baseman, got in a round of golf for charity...

Historic Commission reviews Armory plans
The Historic District Commission is examining a developer's request to demolish part of the Mason Street armory to build townhouses, down to the type of bricks used in building's facade.

Board reveals plans
Hiring a transportation manager to tackle traffic congestion issues and develop more transit options is one way to staunch the impact of more building and development, the head of the town planning commission said yesterday.

Become One Of Greenwich Roundup's Friend At Myspace
</d