05/26/08 - Get Up To Speed With The Three Minute News Breifing: The Raw Greenwich News Feed For The Memorial Day Weekend 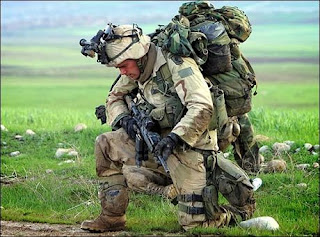 Freedom Is Not Free

I watched the flag pass by one day.
It fluttered in the breeze.
A young Marine saluted it,
and then he stood at ease.
I looked at him in uniform
So young, so tall, so proud,
He'd stand out in any crowd.
I thought how many men like him
Had fallen through the years.
How many died on foreign soil?
How many mothers' tears?
How many pilots' planes shot down?
How many died at sea?
How many foxholes were soldiers' graves?
No, freedom isn't free.

I heard the sound of TAPS one night,
When everything was still
I listened to the bugler play
And felt a sudden chill.
I wondered just how many times
That TAPS had meant "Amen,"
When a flag had draped a coffin
Of a brother or a friend.
I thought of all the children,
Of the mothers and the wives,
Of fathers, sons and husbands
With interrupted lives.
I thought about a graveyard
At the bottom of the sea
Of unmarked graves in Arlington.
No, freedom isn't free. 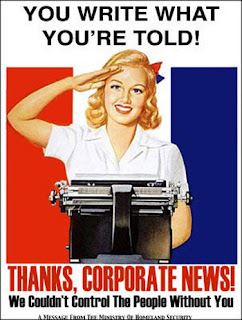 A Day of Remembrance

Opinions differ about the exact origin of Memorial Day but there seems to be some consensus that it was first widely observed in 1868 to honor the estimated 360,222 who died serving the Union during the Civil War.

Note To Greenwich Citizen And The Chain Newspaper's Publisher And Editors:

It is so easy for the Greenwich Citizen's Chain Newspaper Publisher and Editors to sit behind a desk and pontificate about the the rights that Americans enjoy, because so many paid the ultimate cost.

But it was to hard for the Greenwich Citizen's Chain Newspaper Publisher and Editors to get off their butts and cover democracy in action.

The Greenwich Citizen turned a blind eye to Greenwich High School students who exercised their free speech rights and wore "Don't Tase Me Bro" T-shirts to school to protest a fellow 140 pound water balloon throwing student getting up to 50,000 volts three different times.

Greenwich Citizen ignored ignored the towns youngest patriots as they engaged in an act of civil disobedience and stagged a sit in in the Greenwich High School Student Center and refused to go to class wearing those, "Don't Tase Me Bro" T-shirts.

It is a shame that minor children are not afraid of the powers that be, but the Publisher and Editors of the Greenwich Citizen are to afraid of upsetting the establishment to cover the news.

Concerned Greenwich Citizens can voice their views to 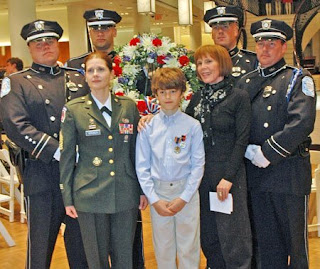 Stormy weather didn’t deter 250 guests who came out for the Soldiers for the Truth (SFTT) Foundation’s BEST (Best Equipment in Support of the Troops) cocktail reception and benefit auction at Richards of Greenwich on May 9. BEST paid tribute to the late Col. David “Hack” Hackworth, by raising more than $70,000 to protect the troops ‘out at the tip of the spear’ that he loved and continues to fight for through his nonpartisan, apolitical, nonprofit legacy foundation SFTT.
Posted by Greenwich Roundup at 5/26/2008 11:48:00 AM No comments: 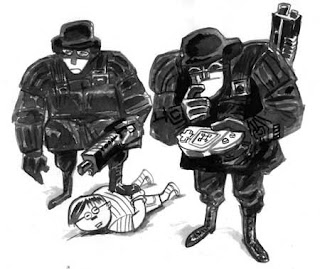 Shining light on the Taser incident

With regard to the use of a Taser at Greenwich High School on May 13, arguments can be made on two sides of the issue:

Either a school resource officer overreacted by using an electrical device on a student that is designed to subdue individuals physically resisting police.

Or use of the device was justified in order to safely take into custody a student who was resisting a proper arrest and posing a danger.

That makes it vital for police and school officials to provide townspeople with all details possible regarding the incident, as well as background on the training of officers in use of Tasers and on the rules or polices regarding when they should be used, particularly in a school environment.

The relationship between the public and police is a two-way street. The community entrusts officers with the authority to physically protect it, with lethal force if necessary. But the police in turn are accountable to the community for the way they use that power.

According to information currently available, student Victor Londono, 18, was confronted by School Resource Officer Carlos Franco after Mr. Londono was suspended in another incident but refused to report to the assistant headmaster's office to be picked up by his parents. Police said he again declined to report and became verbally abusive and combative, kicking a chair that struck a chair in which another student was sitting. Police said other officers were summoned, and then the student resisted beinghandcuffed. As he was being shocked with the Taser, he allegedly tried to punch Officer Franco. Police said the Taser was used on low power to help subdue the student, who subsequently was arrested on charges of breach of peace and interfering with a police officer.

Mr. Londono said he was trying to leave the school after kicking the chair, but was stopped by police. He also denied trying to strike the officer.

Debate over the incident appears to have focused mainly on whether use of the Taser, rather than the arrest itself, was justified.

The device can either be pressed against its target, or darts can be fired from it for up to 20 feet. In either case, it is used to deliver electrical shocks causing muscle contractions that disable the individual.

A Greenwich police spokesman, as well as the officer himself, maintains that use of the Taser was justified, and less dangerous than grappling with the student.

However, critics say that use of such devices can cause injury and even death. Parents and students interviewed, meanwhile, expressed doubts that the Taser was needed, or that the situation, which began with Mr. Londono's suspension for throwing water balloons in the GHS student center, should have escalated to that point. Some parents suggested that should have been a way to defuse the situation. Trauma to other students because of the incident was also cited. However, the co-president of the GHS Parent-Teacher Association has said she supports the way the situation was handled and that most of the parents she's spoken with agree.

Incidents that have occurred in other school settings around the country justify prompt police action on potential threats. But questions clearly remain in this circumstance. Thus, the best course is to clearly establish for the town at large that training, good judgment and experience were sufficiently applied. The fact that the GHS headmaster and the officer involved spoke to the high school PTA about the situation is encouraging. Such efforts should be continued and expanded.

The issue is no doubt complicated by the fact it is now a criminal court matter. But we hope even video recordings of the incident can be presented in a context that is truly illuminating for townspeople. That would promote continued public confidence in the Greenwich Police Department and especially its members who work with our young people.

We can understand if officers feel some resentment when their abilities and good intentions seem to be questioned. But that is the price that must be paid for the awesome authority they are given. 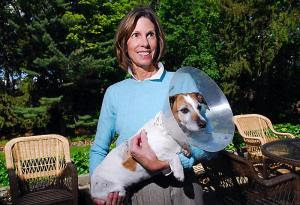 When Emily Samuels heard her Jack Russell terrier being attacked by two coyotes outside her house on Old Church Road, she was shocked and horrified.
Software helps Social Services parse data

After years of pressure from town officials, the Department of Social Services can finally provide hard figures for its client services.
Hundreds turn out for Byram, Glenville marches

For the veterans marching in the parades yesterday, honoring those who serve and died fighting for this country is an important American tradition.

With rock-bottom interest rates cutting into municipal investment revenues and costly new labor contracts expected to kick in, some elected officials said a nine-year streak of keeping local tax increases below 4 percent could be put to the test as the next town budget is crafted.
Doctors try out hospital's new robot

Looking into a video screen, Dr. Jonathan Bernie grabbed the master controls to move a robot's spindly arms towards the anesthetized patient.

Police are investigating the shooting of a 30 year-old male, who arrived yesterday at Greenwich Hospital with a bullet wound to his leg.
Ham Ave. parent files civil rights claim

The U.S. Department of Education is investigating the Board of Education for possible civil rights violations against Hamilton Avenue School students, local and federal officials said.