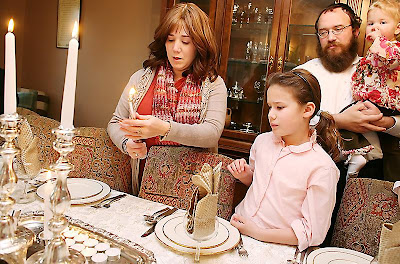 Though they happened a world away, the terrorist attacks that killed more than 150 people in Mumbai, India, have jarred and saddened Indian and Jewish members of the Greenwich community....

.....the Orthodox Jewish Chabad Lubavitch congregation of Greenwich over the death of three members of a Chabad Lubavitch community in Brooklyn. They were killed when terrorists took the Nariman House in Mumbai, where they were living.
Rabbi Gavriel Noach Holtzberg and his wife, Rivkah Holtzberg, leave behind a 2-year-old son, who survived the attack.
Rabbi Yossi Deren of Greenwich Chabad Lubavitch and his family lit candles in memory of the Holtzbergs during a Shabbat service at his Maher Avenue home Friday evening.

"This young couple paid the ultimate sacrifice," he said, expressing thanks to the Greenwich Jewish community for its support and prayer over the last few days.
"We've taken it upon ourselves to spread the light and do the work through good deeds and kindness," Deren continued. "Going forward, if every Jewish home in Greenwich lights the light tonight and every Friday night - and not just these lights but light through good deeds - there will be warmth and brightness in this dark world." .....

A timeline of terror

Bush: US stands behind India in wake of attacks 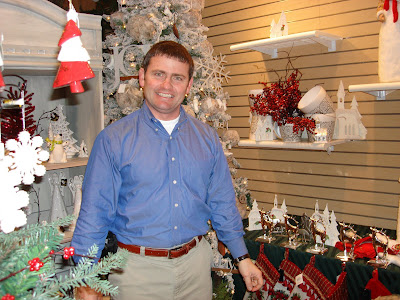 By Rookie Reporter Meredith Blake
James McArdle is general manager of McArdle's Florist and Garden Center, 48 Arch St. He recently sat down with Greenwich Time to talk about what's popular in holiday decorations and how the company has expanded over the years.

What is it that you do here?

(Rookie Reporter Meredith Blake Is Actually Asking A Florist What He Does For A Living)
This time of year, people come to us for festive decorations for the outside and inside of their homes. We have so many things for them to use. As far as perishables, we have Christmas
cactuses, poinsettias, and amaryllises, all different things to spruce up the home for the holidays. People can design their own or one of our five designers can make an arrangement for them.
What is very popular this year?
Well, if their mantles need sprucing up, they might get some artificial fruit from us. We've got different fruits, from cherries to pepperberries. Or they might want to decorate their fireplace - we have lots of items for that. É A lot of people buy their Christmas trees with us and then buy ornaments as well. Some go with a different theme, such as an all-white theme, which is gorgeous. We have all the materials for that.
When did you set up for the holidays?
The first week in November This upcoming weekend is one of the busiest of the year. And we're ready.
What are some tips that you can offer people for decorating this holiday season?
Well, if someone has a covered porch, we have (floral) kissing balls that you can hang. Taking it a step further, if they have urns by their front door, or by ..... Blah ..... Blah ....... Blah ...... Blah ....... Blah ..... Blah

Yes, certainly in that respect we have changed. We offer a lot more services, such as the tree-delivery service.

What do you love about the business?

A former Greenwich parks worker who was fired for issuing free beach cards is fighting to get her job back after a state labor board ruled that she was misrepresented by her union during grievance proceedings against the town, which she won.

LONDON - The British government said Friday it will take over Royal Bank of Scotland Group plc, the parent company of RBS Greenwich Capital of Greenwich, which plans a move to a new headquarters in Stamford next year.

First Selectman Peter Tesei is threatening to shut down a commercial loading zone used by car dealers on a crowded West Putnam Avenue side street A popular spot for unloading new vehicles, Edgewood Drive is frequently blocked by the cars and the trucks carrying them, according to Tesei, who said the practice has created a public safety hazard. 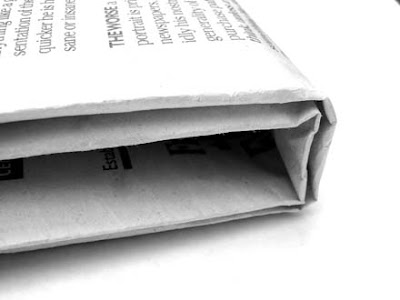 Buy a plant and help the autistic this weekend

Friends of Autistic People (FAP), and McArdle’s Florist and Garden Center, 48 Arch St., is holding a three-day shopping event to raise money for the purchase of property for an organic farm for grown children with autism near Newtown.

Please send your comments to GreenwichRoundup@gmail.com
Posted by Greenwich Roundup at 11/29/2008 07:16:00 AM No comments: