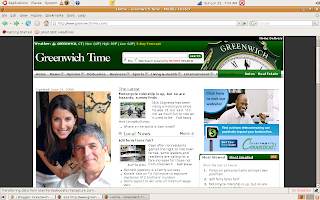 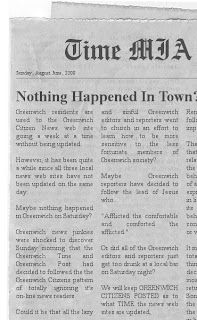 The Greenwich Time Web Site Has Finally Updated With Feature Articles About The Mianus Bridge Collapse Of 1983.

However, There Is No Current News About This Weekends
Gang Arrests And Fight In Down Town Greenwich.

Eighteen-wheeler trucks on the Post Road overheated on sweltering days, further miring motorists in traffic as tempers flared, he said.

"I remember it was hot and breathing in exhaust fumes from the traffic and everybody being on edge," Cochran said. "It wasn't something we were prepared for at all, and it was a nightmare."

The collapse of the Mianus River bridge on Interstate 95 the morning of June 28, 1983, was a catalyst for change to public safety personnel.....

Much has been made of the design of the original bridge over the Mianus, where steel girders were held together with 6-foot metal clamps, called hangers, with pins in them.

An investigation of the bridge's collapse on June 28, 1983, revealed that rust build-up between the clamp and girder fractured one of the pins and caused the bridge to swing open like a trap door.

"We don't build them like that anymore," said Robert affetti, bridge safety and evaluation manager in the state Department of Transportation's Newington office.

Today, fewer than 1 percent of the state's 5,264 bridges - 46 - use a modified version of the pin-and-hanger assembly, according to the DOT...

"They looked like bodies from where I was standing," the longtime Cos Cob resident said.

One of the first eyewitnesses to view the devastation of the Mianus River bridge collapse at daybreak on June 28, 1983, Caravella was actually seeing sides of beef wrapped in white cheese cloth...

25 years ago the Beef was in the Mianus River.

But Where's The Beef Today?

Where are today's breaking news stories?

In the Last 20 Hours The Crack Greenwich Time News Team Has Put Up Three Historical Stories That Were Probably Written Sometime Last Week.

Hopefully, The Greenwich Time Will Get Some Real Local News Up Later In The Day.

The Greenwich Post And Greenwich Citizen Still Have Not Updated Their So-called News Web Sites.

Can Someone Please Just Shoot All The Greenwich Time Web Site Visitors And Put Them Out Of Their Misery.

The Geniuses At The Greenwich Time Just Had Two Reporters Post Write And Post A Feature Article about a riding a motor scooter and labelled it "local news".

Is this a hard hitting NEWSPAPER or a local magazine with feature stories?

Finding cheap ways to get around

Gas prices don't look half bad when one gallon of gas is enough to last a couple of weeks.

That's the sentiment Kevin Root of North Mianus, Richard Krois of Riverside and Dominick Bria, of Stamford, share. All three recently bought motorscooters to avoid the cost of filling up their full-size cars, trucks and mini-vans.

"It's definitely worth it," said Root 52, a Greenwich psychotherapist who bought his used $1,000 Honda scooter a month ago. "The gas thing got me totally into it. That's the only reason I went out and bought one."...

Worse yet, The Greenwich Time Reporters reposting the feature articles about the bridge that collapsed 25 years ago.

Why are the double posting the same feature articles?

Are they trying to fill the slots on the web page, just to make it look like they have new content?

Or did they screw up the feature articles and have to make corrections?

In the weeks and months after the Mianus River Bridge collapse, an overwhelmed police department and town struggled with limited success to keep traffic crawling through town, Greenwich Police Lt. Richard Cochran said.

Article Launched: 06/22/2008 12:56:32 PM EDT
Louis Caravella feared the worst. "They looked like bodies from where I was standing," the longtime Cos Cob resident said.

Article Launched: 06/22/2008 12:56:33 PM EDT
Spanning about a half-mile and rising nearly 50 feet above the Mianus River, the Michael L. Morano Bridge in Cos Cob uses a completely different design than its ill-fated predecessor or the Interstate 35 bridge that collapsed last summer in Minneapolis, state transportation officials said.

It looks like Greenwich Time reporters would rather repost feature articles about an event that happened 25 years ago, instead of telling it's readers about over a half a dozen Greenwich Police Officers drawing their guns and arresting five gang members in down town Greenwich!!!!

The Greenwich Time Has Went From Bad To Worse Since David Warner Became The New Editor.


Who has ever heard of three articles on a 25 year old event being reposted to fill six news slots on the main page of a daily newspaper's web site. 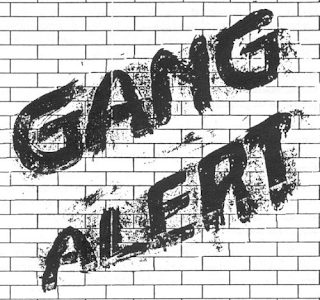 Will The Greenwich Police Department release copies of the radio tapes of the gang incident to the press and the general public?

This all happened Friday over night just blocks from Greenwich Avenue.

Knives, Bats and Other Weapons Confiscated From Gang Members who will appear in court on Monday morning.

Luckily no Greenwich police officers or innocent civilians were not injured in bringing the disturbance under control.

Gang members have started to get a foothold at Greenwich High School, will a student have to be stabbed before Town Officials force the Greenwich Police Chief to form a police task force to combat the gangs.

There have been many gang related shootings in Port Chester. Will someone have to die before the Greenwich Police Chief develops a strategy to combat the growing gang problem in town?

The Greenwich Police Department Can Hide Gang Violence To The Complacent Mainstream Media Of Greenwich, Police Officers Are Telling Greenwich Roundup What Is Really Happening On The Streets Of Byram And Down Town Greenwich.

Please Also Read How Greenwich Citizens Are Complaining
That Nothing Is Being Done About Gang Activity:

Email ThisBlogThis!Share to TwitterShare to FacebookShare to Pinterest
Labels: Gangs 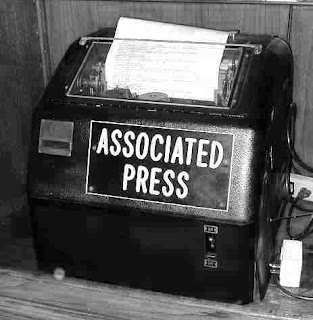 06/22/08 In Case You Have Missed The Most Recent Posts By Bill "The Scribe Of Greenwich" Clarke. We Are Posting Links Here.

Soon we are planning on developing a Greenwich Blog Roll for Greenwich Roundup.