Please send your comments, news tips and press releases to GreenwichRoundup@gmail.com
Posted by Greenwich Roundup at 9/20/2011 10:07:00 PM No comments: Links to this post 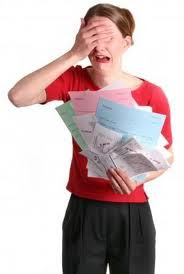 The Representative Town Meeting voted Monday to pay about $1.2 million to finance the cleanup of contaminated soil at Greenwich High School and will further reward failure by replenishing funds that have already been spent from the school's building committee's auditorium project budget.

The $1.2 million was approved by the Board of Estimate and Taxation last week, and will come from the town's capital non-recurring expense account.

However, Greenwich taxpayers need to be altered that, if any of more test borings come up positive for PCB's, then the price for remediation climbs exponentially.

The very important RTM vote was the last of the evening, so that it would be taken after reporter deadlines at mainstream media outlets like the Greenwich Time. It is a damn shame that the Hearst Corporation would not pay overtime for a reporter to be at this crucial RTM vote.

The cleanup plan includes removing contaminated soil in four areas around the fields, and then replacing it with clean fill. The public will then be allowed to access that area of the site.

The town is reviewing remediation options for turf fields 3 and 4, and developing plans for grass fields 2 and 5. District officials foolishly expect fields 2 and 5 will be open in time for spring sports.

In the west parking lot, the piles of contaminated soil have been removed. Tests on the asphalt underneath supposedly did not find any residual PCB contamination.

If the EPA is persuaded to sign off on the tests conducted for the Greenwich Board of Education, district officials expect to reopen the parking lot to students in two to three weeks.

Most Greenwich Taxpayers don't realized that they are being nickled and dimed on on this High school PCB cleanup, because the mainstream media owned by the Hearst Corporation is not keeping them updated.

Last Monday, the Board of Estimate and Taxation authorized yet another the release of funding that will go toward remediation work and the testing of deep soil at Greenwich High School.

The money will be separate from funding for MISA, which had just gotten under way when workers discovered the contamination in July.

Joseph Ross, who was involved in the millions of dollars in Hamilton Avenue School cost over runs and is now the chairman of the MISA building committee, said last week that his group should be compensated for trying to minimize the environmental issues they caused over the summer.

This problem was made worse, because Mr. Ross did not immediately step aside and let town, school and federal authorities take command of the PCB's he had dug up.

Contractors discovered the contamination while undertaking work to expand the school's western parking lot and dig a trench for an irrigation line for the MISA project and Mr. Ross until recently refused to step back from his errors.

Please take a look at the news release below to find out how the companies were judged.

If you have any questions or would like to talk with a bank representative, please contact me anytime.

Hearst Connecticut Newspapers, publishers of The Advocate, Greenwich Time, Connecticut Post and The News-Times, announced the results of its Top Workplaces 2011 survey of the best places to work in Fairfield, New Haven and Litchfield counties. First County Bank was voted the top and only bank among medium-sized businesses in these counties.

The evaluation for the Top Workplaces program is based on feedback from an employee survey conducted over the summer asking opinions on six areas of the workplace: company values, leaders and strategy; how the company communicates and gets work done; opportunity for training and progression; working atmosphere and environment; quality of managers and their staffs; and employee compensation. A total of 35 companies made the list this year, including 15 small companies (defined as less than 125 employees), 10 medium companies (defined as having 125-249 employees) and 10 large companies (defined as 250 or more employees).

“On behalf of the board of directors, I want to thank the First County Bank team for recognizing and appreciating the same core principles that make this bank a great place to work,” said Rey Giallongo, chairman and CEO of First County Bank. “Placing depositors’ security ahead of dividends, providing excellent customer service and helping our communities have paid off handsomely in allowing this bank to prosper for 160 years. None of it would be possible without the talent and dedication of all our employees.

“You’ve made this a great place to bank and you’ve also made it a great place to work. Thank you!” concluded Giallongo. Seventy percent or approximately 154 First County Bank employees filled out the survey.

The Top Workplaces surveys are about more than just perks. They are about a better way of doing business. Extensive research has shown that employees want to be part of something meaningful, where they can contribute and give their best. Top Workplaces recognize that having an inclusive approach means they can be more innovative, operate more ethically and serve customers better.

In 2010 more than 3,000 organizations across the United States have had their workplaces assessed by employees. The workplace surveys are conducted by WorkplaceDynamics LLC, and the programs are run in conjunction with the major newspaper in the regional area.

Please run the attached. Thanks ever so much !

The Department of Parks and Recreation announces tickets are now on sale for the 29th Annual Halloween Happenings. This family event will take place at the Bendheim Western Greenwich Civic Center located at 449 Pemberwick Road in Glenville on Friday, October 21 from 6 – 8pm.

Children will play games in Dracula’s Den from 6 – 7pm where they are guaranteed to win prizes and treats. Once again Rick Rock the ever popular DJ will be on hand to lead families through the limbo, mummy, and other dances.

Everyone is welcomed to come in costume. Children must be accompanied by an adult.

Tickets are $11.00 for this event and may be purchased at the Bendheim Western Greenwich Civic Center, the Parks and Recreation Office at Town Hall, 2nd floor or through the mail. Tickets are limited and will not be sold at the door. For a registration form please visit our website at greenwichct.org. and click on check out Parks and Recreation.

Sponsors of this event will include the Pepsi Beverages Company and Dr Paul Juan of Valley Pediatrics.

The Greenwich Tree Conservancy, a non-profit citizen group dedicated to the preservation and maintenance of our "urban forest," urges our elected officials to require Connecticut Light & Power to bury power lines in Greenwich, wherever it may be feasible.

Many Greenwich residents are insisting after the devastation of Hurricane Irene that this be accomplished.

Burying power lines may actually be more cost effective in the long run for CL&P than repeatedly repairing the damage to overhead power lines after a major storm such as Irene and the nor'easter of March 2010, which cost hundreds of millions of dollars.

As a result of climate change, it is projected that hurricanes will be increasingly frequent. There would also be a savings to the utility through the elimination of the continuing cost of tree removal and pruning.

The town would not bear the capital cost. The utility should advance the cost at the currently low bond interest rates and recover it over the life of the improvement through relatively nominal rate adjustments.

Burying power lines will reduce the power outages that have destroyed property and severely impacted both town residents and businesses. It will also save our trees, which are a staple of nature's bounty and absolutely essential to our environment and well being.

The writer is president of the Greenwich Tree Conservancy

Please send your comments, news tips and press releases to GreenwichRoundup@gmail.com
Posted by Greenwich Roundup at 9/20/2011 07:56:00 AM No comments: Links to this post

Please send your comments, news tips and press releases to GreenwichRoundup@gmail.com
Posted by Greenwich Roundup at 9/20/2011 07:54:00 AM No comments: Links to this post