... light, with investors in wait-and-see mode. "It's a dead, quiet Friday," said David Ader, bond strategist at RBS Greenwich Capital in Greenwich, Conn. He said trading could get more volatile, however, as the market is girding for massive asset ... 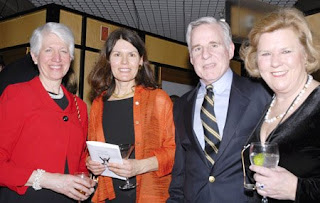 Dee Lewis and Karen Hayward of Greenwich and Chris and Charity Poth of Darien (formerly of Greenwich) attended the Discovery Museum’s ‘Connections’ party March 15 to raise money for the museum’s educational programs. 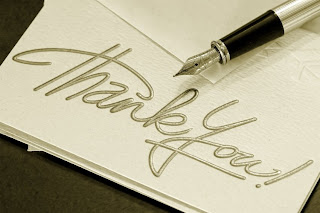 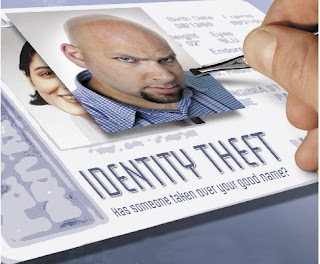 
Frank Chimblo, 35, of 13-2 Harold St., Cos Cob, was arrested April 8 and charged with first degree identity theft, conspiracy to commit first degree larceny and fourth degree larceny. Police said Chimblo had been appearing at Stamford Superior Court on an unrelated matter when he was taken into custody on an outstanding warrant. Chimblo had allegedly been found in possession of another person’s identification during a previous police search. Chimblo was turned over to the state marshal’s office for action.


Elmsford, N.Y., resident Tina Hummel, 35, was arrested April 8 and charged with sixth degree larceny, second degree forgery and attempting to obtain medication with a forged prescription. Hummel was taken into custody from the Westchester Correctional Facility in Valhalla, N.Y., after she waived extradition on a Greenwich warrant stemming from an Oct. 29 incident. At that time, Hummel had allegedly entered the Riverside Walgreens Pharmacy with a forged prescription and, during the transaction, grabbed the medication from the counter and left the store without paying for it. Hummel was released on a $500 cash bond and is due in court April 16.


Julia Jones, 61, of 8 Tomac Ave., Old Greenwich, was arrested April 9 and charged with driving under the influence. Police had been on patrol when Jones was reportedly seen driving through a red light and making a left turn onto Bruce Park Avenue. Police said when an officer pulled her car over, she smelled of alcohol and had red, glassy eyes and slurred speech. Police asked Jones to go through field sobriety tests but police said she didn’t understand what she was being asked despite being told several times. Her refusal was documented as a lack of cooperation. She was also charged with failure to obey a red light. Jones was held in lieu of a $250 cash bond and is due in court April 24.
Posted by Greenwich Roundup at 4/11/2008 02:34:00 PM No comments: Links to this post

04/11/09 - You Have To Dig For Information - Oh, and by the way the Greenwich Public School System is taking over the Western Greenwich Civic Center

If you want to read the latest news about the Hamilton Avenue School Mold Problem look under......

...Also yesterday, the Board of Selectmen unanimously gave preliminary approval to a Board of Education request to use the Bendheim Western Greenwich Civic Center as a possible place to move Glenville School students during a two-year renovation of the school.

In the wake of mold problems in modular classrooms at Hamilton Avenue School, currently under construction, education officials consider the civic center perhaps the best option for relocating part of the Glenville student body, BOE Chairman Nancy Weissler told the board. "We're looking at all the options," Weissler said.

Siegrun Pottgen, a Glenville resident, said despite sympathizing with Glenville parents who want children kept close by, it seemed unfair that the of Education could take over the civic center without any consideration of the community's other needs.

Many adults benefit from the center's adult education and exercise programs and classes, Pottgen said. "The Board of Education just goes out nonchalantly and says this is what we want," Pottgen said. "Well, we have our own ideas about using the center and you don't even give us a voice."....
Please see: 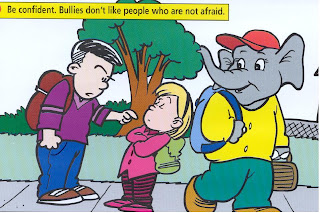 There was a meeting held Wednesday evening for Hamilton Avenue parents who support the demand for their own independent Industrial Hygienist access to the modulars.

36 families were present representing 61 students. All 36 families contributed to the cost of hiring their own hygienist. 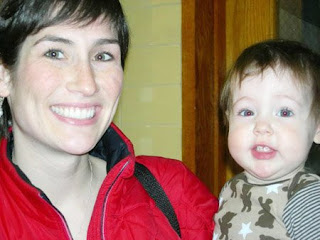 The Greenwich Family YMCA Childcare Center celebrated 20 years on Friday, April 4. Staff, volunteers, parents and their children celebrated with a breakfast at the St. Roch location.

For 20 years, the childcare program has adapted to the growing community’s needs by adding a new gym, restoring the playground and renovating classrooms.

The Greenwich YMCA’s childcare center is the largest and most affordable program in Fairfield County.

“The facility has grown through word of mouth, and we are at capacity with all the programs that we offer," said Kim Canales, head teacher of the 4-year-olds classroom, who has been with the program for more 20 years.....

The Greenwich Family Y has been a recognized leader and partner in the Greenwich community since 1916. The Y’s mission is to enrich the community by promoting positive values through programs that build healthy kids and strong families. For more information, call 869-1630 or visit Gwymca.org. 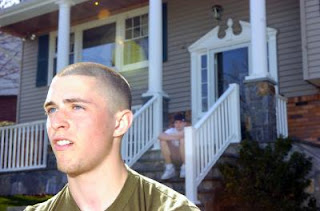 "They tell you that you can bring an address book, $20, a driver's license and the clothes on your back," Scott Nastahowski said while sitting outside his Greenwich home.

Scott Nastahowski Jr. will be traveling light when he journeys to Parris Island, S.C., in less than two weeks...

...He is hoping to become a mechanic or combat specialist, but he is keeping his options open.

"I like working with my hands," he said. "I don't want to sit behind a desk. I want to be out there in the field.

"I have a lot of energy and I want to channel that," he added, noting that he chose the Marines because he believed it to be the most challenging of all the military organizations.

As to the physical demands of training, Nastahowski said he has been staying fit by working with a personal trainer and keeping up with an exercise schedule, in between his part-time jobs....

...Nastahowski began his quest to enter the U.S. Marine Corps with a phone call in January to the local recruiter.

Sgt. Christian Mejia, U.S. Marines recruiter for the Greenwich and Stamford area, recalled his first visit to the Nastahowski home on Pilgrim Drive.

"I talked about the different options and possibilities," Mejia said. "I gave him the information and he made the decision."...

..."I think it is a great opportunity for a kid who is not furthering his education with college. The next best thing is military service," said Scott Nastahowski Sr., a Greenwich native who runs a carpet cleaning business in town. He said his respect for the Marine Corps is second to none.

He said he realizes there is always the potential for danger, but he thinks having the Marine Corps in his son's background will help him with whatever he decides to do.

Nastahowski's mother, Colleen, noted that while there will always be some concern, she is "glad he is doing it."

The aspiring Marine said he is nervous about the first few weeks of training, but he remains excited about embarking on something different. "I want to travel," he said. "I want to see the world."

As to what he thinks this experience will give him, he said he believes it will further his sense of commitment and will give him a sense of pride. "I think it teaches you to feel better about yourself."

At the end of all the training, when he officially becomes a Marine, he said he will be required to serve four years of active duty, and then four years in the reserves. He also can choose to continue in the Marines.

When asked if his younger siblings, Shane and Courtney, understand what he is doing, he said: "They tell their friends that I am a Marine, but I am not one, yet."

Please send comments to GreenwichRoundup@gmail.com
Posted by Greenwich Roundup at 4/11/2008 12:16:00 PM No comments: Links to this post 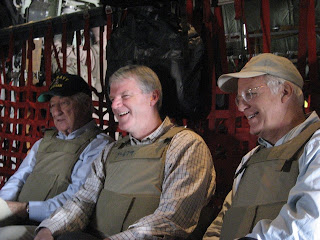 Three old Men watching young people risk their lives in Iraq.Congressman Hall, Baird and Shays love to go to Iraq then come home and boast about their trip .
5,000 Troop Drawdown Per-Month in Iraq: Shays
A troop drawdown of 5,000 per-month is being called for by U.S. Rep. Chris Shays, R-4, fresh back from a trip to Iraq with other members of Congress. Continue »

Right to Fair Trial Collides with Press' Right to Know
The desire to know more about the motives and evidence against two men arrested nearly a month ago for the murder of fraudulent real estate financier Andrew Kissel of Greenwich reached an unusual crescendo in Stamford Superior Court last Thursday. Continue »

Poverty Takes Center Stage at FCCF Benefit
Poverty was the "food for thought" at a $250-a-head benefit luncheon Thursday in the swanky ballroom at the Hyatt Regency Greenwich. Continue »

Fighting Poverty by Creating Opportunity
"Empty your purse and fill your heart." Victor Hugo is down in history for that preachment. His words formed a theme that laced through the grant-awarding portion of a benefit luncheon at the Hyatt Regency Greenwich Thursday. Continue »
Posted by Greenwich Roundup at 4/11/2008 12:14:00 PM No comments: Links to this post

Almost 200 teens from Darien, Greenwich, New Canaan, Stamford, Wilton, Norwalk, and Westport spent their weekend fasting for 30 hours as part of World Vision's '30 Hour Famine.' The money raised will go toward fighting hunger around the world. Nearly 600 teens participated in the famine throughout Fairfield County last weekend. The group raised $94,000 in 2007 and hopes to raise close to $100,000 this year.....
Posted by Greenwich Roundup at 4/11/2008 12:03:00 PM No comments: Links to this post

The Greenwich Board Of Selectmen have granted MI status to the Western Greenwich Civic Center, which is for projects that involve redesigning a town property,

That means that the Western Greenwich Civic Center can now go before the Planning and Zoning Commission. The commission will have 90 days to consider making the Western Civic Center a temporary school.

If the Board Of Selectman's proposal brought before the commission, it will be automatically approved.

Please send comments to GreenwichRoundup@gmail.com
Posted by Greenwich Roundup at 4/11/2008 11:48:00 AM No comments: Links to this post 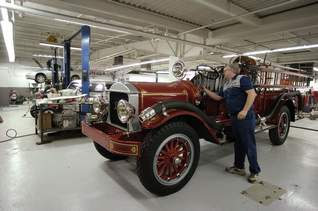 ... this spring, it will leave this area for a parking place in the lobby of insurance provider W.R. Berkley Corp. in Greenwich, Conn. 'The owner of our company has an interest in history,' says Curt Bloemendaal, an insurance agent from Luverne whose ...

GREENWICH, Conn.--(BUSINESS WIRE)--W. R. Berkley Corporation (NYSE: BER) will release its first quarter 2008 earnings after the market closes on Thursday, April 24, 2008. A copy of the earnings release will be available on the company’s website at www.wrberkley.com. 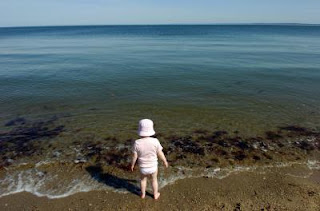