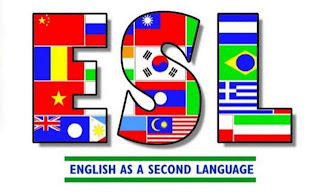 Greenwich Adult Learning Program will hold registration for English as a Second Language Monday, Sept. 8 through Wednesday, Sept. 10 at 10 a.m. at the Havemeyer Building, 290 Greenwich Avenue.

Evening registration for English as a Second Language and GED Preparation will be held on Monday, Sept. 8 and Wednesday, Sept. 10 at 6 p.m. at Greenwich High School, Folsom House, 10 Hillside Road.

Gov. M. Jodi Rell has appointed Dr. Frank Scarpa of Greenwich to serve on the Commission on Medicolegal Investigations.

Now retired, Dr. Scarpa served as president of the Greenwich Surgical Group from 1986 to 2004 and worked with Housatonic Surgical Associates from 1975 to 1983. He was awarded the Distinguished Service Award from the Connecticut Chapter of the American College of Surgeons in 2007. A graduate of the College of the Holy Cross and the Johns Hopkins University School of Medicine, Dr. Scarpa is a Vietnam veteran who was awarded a Bronze Star for Achievement.

“Dr. Scarpa has had a distinguished career in medicine and we are thrilled that he has agreed to serve the state on this very important panel,” Ms. Rell said. “His expertise will make him a very valuable member of the Commission.”

Dr. Scarpa was appointed to a term ending June 30, 2014 or until a successor is appointed and has qualified.

Those interested in serving on a state board or commission can visit www.ct.gov/governorrell and click on “Forms.”

Two of the nation’s leading long-term care organizations today praised U.S. Rep. Christopher Shays (4th District) for helping to lead a successful bipartisan effort in Washington to protect Connecticut seniors by preventing the Bush Administration from moving forward with a Medicare regulation that would have cut Medicare-funded nursing home care by $5 billion over the next five years, and $770 million in fiscal year 2009.


Preventing such cuts ensures Connecticut seniors will be protected from cuts of $19.4 million in the year ahead.... 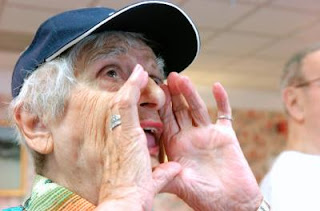 Theresa Kuntz, 93, demonstrates the inviting call she made to Alex Rodriguez after fixing her lipstick at a recent Yankee game she attended with her friends from Greenwich Woods.
(Keelin Daly/Greenwich Time photo)
Greenwich Woods residents pay final visit to stadium
Applying lipstick and rouge in the stands at Yankee Stadium, Theresa Kuntz, 93, shouted out a marriage proposal to A-Rod, her favorite player.

Himes, Whitnum far apart on issues
Listen to Jim Himes and Lee Whitnum debate issues like the war in Afghanistan or immigration policy, and they sound like members of opposing political parties She favors the immediate withdrawal of ...
West Nile patrol stepped-up
State health officials have increased monitoring for West Nile virus since the discovery of infected mosquitos in Old Greenwich.
Sternberg ready to return
Superintendent of Schools Betty Sternberg is poised to resume her position at the helm of the Greenwich public school system next week, according to town officials who have been in contact with her since she took a medical leave of absence nearly two months ago.

Sternberg, 58, who started a medical leave on June 16, is expected to return to her post on Aug. 11, according to Acting Superintendent of School Kathy Greider.

The reasons for Sternberg's leave have not been made public, though last year, she wrote an opinion editorial in which she discussed living cancer-free since being diagnosed with breast cancer in 2001.

Greider, who has been in regular contract with Sternberg for several weeks, said there was little reason to doubt she'll be ready to return.

"Because this is a medical leave, there's obviously nothing etched in stone," Greider said. "But I can tell you, she sounds better, and says she feels better, so we have every indication she'll be back as planned."

To prepare for her return, Sternberg has already taken several steps, Greider said, including sending her annual "Welcome Back" letter to faculty and helping pen a 600-word "Back to School" article for parents.

Sternberg is resuming her duties at a time of mounting tension for the school system. Perhaps the most prickly issue she'll have to tackle are facility problems with the Hamilton Avenue and Glenville schools.

The Board of Education recently agreed on a plan to delay the start of.....

Michael White, 18, of 111 N. Water St., was arrested on Friday evening on Tod's Driftway and charged with driving under the influence, a police report stated.

Police had been dispatched to the area following a report of a fight. White was found in his vehicle and smelled of alcohol, the report said.

He was asked to do a series of field sobriety tests, which he failed, police said.

He was released on a $250 bond and is scheduled to appear in Stamford Superior Court on Aug. 15.


Police arrested two 15-year-old boys and a 16-year-old boy by warrant and charged them with third-degree burglary and other charges for allegedly stealing electronic equipment from a Glenville resident in May, according to a police report.

The burglary was reported on May 16, according to Greenwich Police Lt. Daniel Allen, a spokesman for the department.

Police withheld the names of the boys because of their ages.

The three boys were referred to the Juvenile Matters Division of state Superior Court in Stamford, according to the report.

West wins Canon Cup for fourth straight year
Posing around the crystal Canon Cup for a winning snapshot has become a tradition to the West Team. The 20 players dressed in blue smiled widely and cheered loudly, knowing the West was the best once again at the American Junior Golf Association's Canon Cup.

Please send your comments and news tips to GreenwichRoundup@gmail.com