New delay likely for Ham. Ave. School
Hamilton Avenue School students won't be allowed to move into their new building until April if the school's building committee can't secure the necessary approvals to make the facility safe for occupancy by the end of next week, the head of the school board said.
Board of Education Chairwoman Nancy Weissler said Wednesday that the facility must receive a temporary certificate of occupancy by Dec. 5 if students are to safely return to classes there after holiday breaks end Jan. 5.
Otherwise, she said, the school board probably won't schedule a move until spring recess, so as not to interfere with students' preparation for the Connecticut Mastery Test, given two weeks after February break.
Hamilton Avenue students' scores plummeted on the 2008 CMT administered last spring, just weeks after mold problems forced the school's administration to close their modular classrooms and disperse students elsewhere.
If students don't return to the renovated building until April 2009, the project will have stretched to four years, from an initially projected time frame of 18 months.
The project, which began in April 2005, has missed been delayed one time after another, most recently when builders missed a deadline that would have allowed students to move in on the Aug. 27 start of the school year.
With another deadline looming, parents and some building committee members say they are growing worried
COMMENT:
Colin Gustafson Is So Busy Reguritating Board Of Education Press Releases One Wonders If Colin Even Reads The Press Releases Before Publication. It looks like Colin forgot about that those September and that MID OCTOBER DEADLINE he had previously reported about.
PLEASE SEE:
08/16/08 Greenwich Roundup Posting
Surprise !!!!
HAMILTON AVENUE SCHOOL WILL MAYBEOPEN IN MID-OCTOBER !!!!!!
Don't Worry No One Will Be Fired For Yet Another Failure !!!!
The Failed School Administrators All Got Raises!!!!
And The Same Morons Are In Charge Of The Glenville School Project!!!!!
No C.O. for Ham Ave.: Mid-October new target for school opening
By Colin Gustafson (colin.gustafson@scni.com or at (203) 625-4428)
The Hamilton Avenue School project missed another crucial deadline yesterday when the building failed to win approval for occupancy because of lingering facility-related issues....
......Under the backup plan, Hamilton Avenue students will spend part or all of the year in modulars, while Glenville students attend class at four sites - Parkway, Julian Curtiss, Cos Cob and Western Middle schools - this fall.
Once the delay-mired Hamilton Avenue project is completed and approved, its students can move into their new building, allowing Glenville students to use the modulars.....
GEE, IT LOOKS LIKE GREENWICH TIME CUB REPORTER COLIN GUSTAFSON FORGOT ALL ABOUT THAT BOE PRESS RELEASE HE REGURITATED TALKING ABOUT A MID-OCTOBER DEADLINE.
COLIN REALLY SHOULD START READING SCHOOL BOARD PRESS RELEASES BEFORE HE PUTS THEM ON THE FRONT PAGE OF THE GREENWICH TIME.

Greenwich BOE backs off Veterans,Columbus day proposal
Following an uproar from community members, the Board of Education may shelve a controversial proposal to make Veterans Day and Columbus Day holidays into mandatory school days.

Greenwich settles EPA dumping suit
Greenwich taxpayers are poised to foot the bill for a mess made by the town a generation ago. The Board of Selectmen voted Tuesday to approve an estimated $80,000 settlement of a decade-old lawsuit against the town over household waste it dumped at a New Jersey landfill from about 1978 to 1981.

Greenwich jeweler adds artisans
It's one thing to sell fine designer jewelry and watches, but it's another to know how to service them.

Thanksgiving as a sharing experience
Before any of the elder brothers got their own cars, the family transport consisted of a black Overland touring car, and later, a spiffy Buick Master Six with a roll-up sunshade for the back window and - ta-da!

Taking pride in voter-turnout awards
Was it only a year ago that we dubbed statewide awards for municipal voter turnout a "dubious honor"?

Increasing costs for schools ignore reality
To the editor: With regard to the recent headline about the possibility of layoffs by the town ("Tesei warns of layoffs," Greenwich Time, Nov. 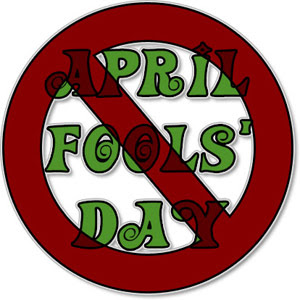 Any hope of moving Hamilton Avenue School students into their new building in January is fading, but not impossible after air balance testing in the building have so far proven inconclusive.

More testing is being done with results expected to be available by Tuesday, but Board of Education Chairwoman Nancy Weissler has set a strict deadline of Dec. 5 for the building to receive its temporary certificate of occupancy (TCO) from the town. If tests come back with positive results by then, there will be enough time to have the building ready in time for the start of school after the holiday break on Jan. 5, but Ms. Weissler has said if that date can’t be met, the district will wait until April to move the students because of all the disruption it will cause for February tests.

The hope was that testing air balancing, which insures all rooms in the school are getting proper air flow from the heating and cooling system, went well enough that the TCO could be granted and the project’s building committee could hand over custody of the building to the Board of Education today. However, tests have shown more work is needed and Joseph Aliotta, from the project’s architect Swanke Hayden Connel, said this morning at the building committee meeting that further testing has to be done by hand to determine exactly what course of action is required.

The key question before the building committee now is whether the TCO can still be granted even with work still needing to be completed. It remains possible the air balance will meet building code standards before Dec. 5, but not Swanke’s design standards. However, further engineering reports need to be evaluated first. A meeting between Swanke and Worth Construction, the project’s contractor, is expected to be held Monday or Tuesday.

The building committee will next meet Wednesday at 7:30 a.m. in the Havemeyer Building to determine a course of action.

The air balancing appears to be an issue in six rooms in the original part of the building, including the media center, nurse’s office and the English as a second language classroom, but it is conceivable that this could be worked around while the school is in operation and any major repairs could be made over the summer because the air balancing is mainly a comfort issue. Building committee chairman Frank Mazza said at this morning’s meeting there is no discernible discomfort in any of the floors or classrooms.

“I don’t want anyone to get the idea that there’s a room that someone’s going to walk into and they’re freezing,” Mr. Mazza said. “That’s not the case. The rooms are all comfortable at this point. I’ve spent a lot of time in every room. The rooms are fine. The halls are fine. Everything is comfortable. It’s just a question of whether we’re getting enough air into the original rooms to meet the code. If the engineer says we are, we have a pretty good path moving forward.”

Mr. Aliotta said manual calculations through a room-by-room evaluation are now being done to determine what the minimum requirements are for each room in terms of air balance. He said he “absolutely” believes further work would be needed to meet the design standards, but couldn’t say what that would entail or how long it would take. The design standards are higher than ones required by the building codes, which are the ones the town uses to determine if a TCO can be issued.

The evaluation is expected to be done by Tuesday.
Issues remain with emergency lights and the parking garage, but committee members said they believed those issues can be taken care of and would not impact any potential TCO next week.
Committee members and parents in attendance were visibly frustrated by the lack of progress, especially since there had been hope the building could be turned over to the board today.

Committee member Thomas Heagney urged the architect and contractor to work with “a sense of urgency” to get the building, which is more than two years behind schedule, finished. He said the committee had to find a way to “short circuit” the process and complete it.
“If we don’t have that urgency now, we might as well tell the school system that we’ll get the building to them in September,” Mr. Heagney said.

11/26/08 Has Any Other Greenwich Bloggers Heard Of Or Tried This Service? - FeedRank for RSS Feeds

Having trouble viewing the email below? click here.
(do not reply to this email)