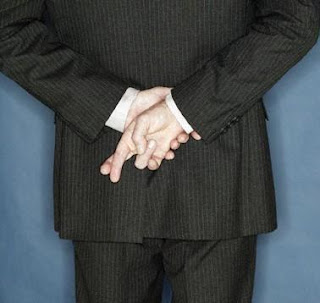 School Officials And Politician's Face The Parents Of Hamilton Avenue School.
Hamilton Avenue Parents And Greenwich Media Outlets Are Being Lied To By Betty Sternberg's Administrators.
School Employees Replaced Molded Cieling Tiles From The Modular Classrooms Over One Year Ago.

That's Right Greenwich School Official's Knew About The Mold Over One Year Ago.
Town employees say Hamilton Avenue School Principal Damaris Rau knows that mold covered ceiling tiles were discovered and replaced over one year ago in the temporary modular classroom buildings
It appears that Principal Damaris Rau in a Greenwich Public School decision to replace the contaminated tiles and not tell parents about the mold over one year ago.
The reason that 90% the modular classroom buildings eaves, or soffits, were covered in mold is that Principal Darius Rau did not demand that the children placed in her care be protected.
If Principal Rau had demanded that the mold had been properly remediated when it was first discovered over one year ago, then the mold would not have spread so extensively through the temporary modular classroom.

This was definitely a school maintenance problem that was improperly handled by Greenwich School Facilities Director Tony Byrne and Principal Rau, because the mold was discovered and then hidden from the school parents and taxpayers.

Maintenance and proper remediation were delayed out of fear of how Hamilton Avenue and Glenville school parents would react to the contamination in the modular school classrooms.

School officials and administrators were afraid of how active Hamilton Avenue Parents, like Lauren DiBella, Mina Bibeault, Rose Furano and Dawn Nethercott would react if it was disclosed that mold was found in the temporary modular classroom building.

There tremendous fear about how the parents and the media would react if it was disclosed that the Hamilton Avenue Children had been once again exposed to mold in the new school building.

Further there was a fear that the very vocal parents of Glenville School would refuse to send their children to the contaminated modular classrooms, when the Hamilton Avenue students moved out.

She and other parents were stonewalled by school officials five years ago , when students and staff complained about headaches, nausea, and respiratory problems at the Old Hamilton Avenue School.

When Ms. DiBella complained during the last year that children were suffered from headaches, prolonged sinus infections in the temporary modular classrooms, she was again ignored by school administrators.

Further more, Town Employees are also saying that Principal Rau and other school administrators agreed to hide the mold from Hamilton Avenue Parents for over one year, because they feared they could not handle the displacement of hundreds of Hamilton Avenue School students.

Principal Rau knew that there is a good chance that removing the molded tiles filled the classroom air with airborne mold spores, but she did no care that her students and teachers would be exposed to airborne mold particles and spores.

Rau was only worried about her job, so she went along with administrators who wanted to hide the contamination in the modular classrooms from parents from both Hamilton Avenue School and Glenville School.

But eventually, the cover up was exposed, because leaks got so bad that water routinely poured into a fifth-grade classroom.
This caused enraged parents to reach out to Greenwich Roundup and other media outlets in town.

If Rau was as smart as, she thinks she is, she would have never got involved in the school administration cover-up to hide the mold that developing in the modular building.

It appears that Rau has not learned her lesson, because she is in on the new cover up to protect incompetent school administrators for being punished for hiding the mold contamination from parents.

Is Principal Rau going to take the fall for Facilities Director Tony Byrn, Superintendent for Business Services Sue Wallerstein or Greenwich School board member Michael Bodson (Who serves as a liaison on town facilities committees) ?

Moreover, Principal Rau and the other lying administrators have no credible back-up plan is for the fall, even though she and they know that Hamilton Avenue School's renovation will most likely not be ready for students.

Building construction has already been delayed by a year because of repeated school administration foul ups.

Almost everyone, is waiting to see if Principal Rau is going to be the fall gal for Greenwich School Superintendent Betty Sternberg's administrators who were planning to move Glenville Students in the mold plagued building once Hamilton Avenue School was finished.

Worse yet, Principal Rau and Superintendent Betty Sternberg's administrators have put the building's warranty into jeopardy or other issues about who is responsible for paying for the remediation of the modular building, Carp Building Structures lawyers and Miller Building Systems lawyers are going to argue that they are not responsible for any remediation costs, because school administrators hid the mold problem from them for over a year.

Yet, Greenwich Taxpayers are repeatedly being assurred that the board is investigating who is responsible and that Betty Sternberg is going to hold them accountable.
Principal Rau has repeatedly told parents that formaldehyde and other possible contamination has not been looked at closely, because she and other school administrators are soooooooooo concerned about current well being of the displaced children who he let spend over a year in a contaminated classroom.
Rau and other school administrators wont even disclose what type of mold was discovered in the modular classroom buildings.

Soon, building contractors lawyers, parents, reporters are all going to be filing freedom of information requests for ceiling tile purchase orders, tyveck suit purchase orders, respirator and filter purchase orders, installation work orders, work schedules, overtime pay requests,correspondence, emails and photos about the molded tiles that were removed from the modular classroom, over a year ago.

Hopefully Superintendent of Schools Betty Sternberg, Sue Wallerstein, assistant superintendent for business services and Facilities Director Tony Byrne will not hide or shread any documents about the molded tiles that were replaced over one year ago.

It Is Time For This School Cover Up

To Come To An End.

One Town employee has said that documents about the mold covered ceiling tiles that were replaced over a year ago has been given to a school official that is closely associated with the Board of Education special committee that includes board member Michael Bodson, who serves as a liaison on town facilities committees, School Board Member Steve Anderson, Leslie Moriarty, School Board President Nancy Weissler, Superintendent of Schools Betty Sternberg and Board of Estimate and Taxation member Jim Campbell.

Further, this Town employee says that if the committee does not start investigating the molded ceiling tiles that were removed from the modular classroom over a year ago, then he will supply these documents to the local news paper.

For the record if the documents are given to Greenwich Roundup, they will be put up here for all the Hamilton Avenue Parents to see.

It's time to face the facts.

And it is time for Greenwich Taxpayers to stop suffering from the fools who administer our public schools.

It is time for incompetent and lying school administrators to be fired.
The truth is that that the modular building will not be remediated of mold problems before the end of the school year.
Greenwich Taxpayers are going to pay dearly to remediate this modular classroom building that was allowed to rot away for over one year.
Shame on Betty Sternberg, Darius Rau, Michael Bodson, Nancy Weissler, Steve Anderson Sue Wallerstein and Tony Byrne
for not protecting the displaced little children of Hamilton Avenue School.

03/06/08 - Do You Trust Betty Sternberg When She Says The Air In The Classroom Modulars Was Safe?

GREENWICH, Conn. - Shep and Ian Murray have never run for president, but men wearing their neckties ...

Please send comments to GreenwichRoundup@gmail.com
Posted by Greenwich Roundup at 3/09/2008 04:52:00 PM No comments: Links to this post

Aquarion ready to make land deal
After nearly two years of appraisals and other behind-the-scenes research, Aquarion Water Co. and municipal officials said they are now ready to negotiate a price for the sale of 96 acres of water company land to the town.

Old Greenwich musician joins historic performance by New York Philharmonic
He had to check his cell phone at the border.

Report: Morale low at library
Greenwich Library suffers from poor employee morale, a lack of opportunities for advancement and general dissatisfaction with management, according to those surveyed in a consultant's report on the institution.

Four Greenwich residents make Forbes' list of richest people
Four of the 500 richest people in the world live in Greenwich, and -- who would have guessed it? -- they're all hedge fund managers.

Ham Ave. parents' worries eased after meeting
Frenzied Hamilton Avenue School parents breathed a little bit easier yesterday after attending sessions with school officials who answered questions about the school's closure due to mold and the displacement of students to other district schools.

Elderly tax relief meeting scheduled
A committee recently formed to study the town's Elderly Tax Relief Program wants to hear what the public has to say about proposals to expand the program.

Bill would make home schooling easier
Jeff and Connie Kain made two trips to Russia several years ago to adopt their two daughters, Diana and Anna.

Triathlon coming to Stamford
A local nonprofit group will hold its first triathlon fundraiser this summer and invites athletes to begin registering today.

Drivers who clog intersections may face infraction
Stamford legislators are leading a push to make it a statewide infraction for drivers to "block the box," clogging major intersections.

"As you look out the hotel window at night, you're unaware that you're in a city," said Thomas Stacy of Old Greenwich. ...

Four of the 500 richest people in the world live in Greenwich, and - who would have guessed it? - they're all hedge fund managers. ...

Still Hot At The Top
Hartford Courant - United States
Dunnellen Hall is the Greenwich estate of the late Leona Helmsley, which is going on the market this month at an asking price of $125 million. ...

Please send comments to GreenwichRoundup@gmail.com
Posted by Greenwich Roundup at 3/09/2008 05:10:00 AM No comments: Links to this post