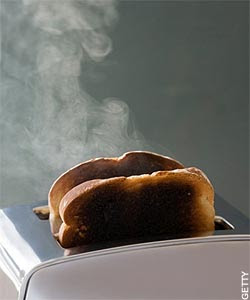 You will soon see that John Dunster is the most recent casualty here at the advocate/greenwich time, where I am employed. More fodder for the fire, I'm sure.

I am uncertain why Hearst showed him the door, as I thought he played their game well.

Actually, I believe this more a Connecticut Post decision as they seem to be calling the shots.


I have a friend that actually congradulated me when Hearst purchased our papers. He had worked for that company in the past and remarked how great a company they were to work for.

Unfortunately, the ct post is controlling our two papers and evidently trying to break all speed records for destroying two very profitable and respected papers into the ground.....

Thank You For The News Tip.
I Sincerely Hope That You Will Not Get In Trouble
At The Stamford Advocate / Greenwich Time
Can Anyone Think Of Anything That John Dunster
Has Ever Done Well At The Greenwich Time.
Personally, I Am Continually Amazed That Hearst Corporation
President Steve Swartz Has Not Already Replaced
John "I Can't Pick A Winning Team" Dunster.
The Greenwich Time Newspaper Has Went
Through Four Editors In Less Than A Year.
No Other Daily Newspaper In The World
Has Had Four Editors In Less Than A Year
Yet Dunster Survives And Others Are Fired

2/2/09 You Wont Read About Walter Noel's Family At The Greenwich Tim: Greenwich Diva Says Marisa Noel Brown Partied Like It Was 1999 In Greenwich

1/31/09 EXCLUSIVE: You Wont Read This In The Greenwich Time - End Maybe Near For Madoff "Victim" Fairfield Greenwich (Updated) 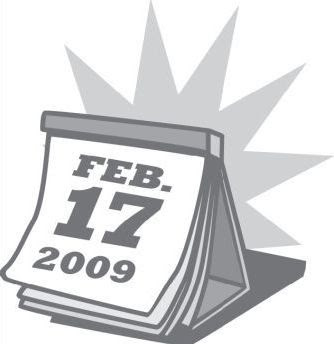 Wanted to share the good news. The announcement was made today that the Ham Ave kids will be moved to the new building over February break and start school on February 17th in their new school.

Brian, I owe you a tremendous amount of thanks for helping to make this happen. Without you and your blog, I don't think it would have happened.

COMMENT:
Dear Laura,
You And The Other Hamilton Avenue Parents Are To Commended For Standing Up To The Greenwich Educrats And Protecting The Health And Best Interests Of Your Small Children.
It Is About Time Parents Started Having A Real Say In What Is Going On At The Greenwich Board Of Education.
Some Of These Poor Little Children Have Only Known Wet And Moldy Modulars Or Using A Room In Someone Else's School Building For Their Entire Educational Career. Now That These Children Have There Own New School I Am Sure They Will Thrive And Compete With The Best That Greenwich School System Has To Offer.
In The Future, Greenwich Educarats Will Probably Think Twice Before They Decide To Try And Short Change These Children And Their Families.
Again, Two Thumbs Up To Hamilton Avenue Parents That Were Willing To Stand Up To The Greenwich Board Of Education.
AS USUAL VETRAN REPORTER KEN BORSUK
AT THE GREENWICH POST
SCOOPED HEARST NEWSPAPER'S
CUB REPORTER COLIN GUSTAFSON AT THE
GREENWICH TIME BY ABOUT FOUR HOURS
PLEASE SEE:
Hamilton Avenue students to move this month
Breaking news Posted 12:17 p.m., Tuesday, Feb. 3, 2009
Following parent outcry, Greenwich Public Schools will move students into the new Hamilton Avenue School during the February vacation next week, according to a letter from the Hamilton Avenue PTA, forwarded to the Post.
The new school building, which is more than two years behind schedule, received a temporary certificate of occupancy last Friday from the town building department, meaning the building is safe for children. However, Superintendent of Schools Betty Sternberg and school principal Damaris Rau had decided to hold the move until the April vacation, instead of the winter break that runs from Feb. 9 to 17.
Parents loudly decried the delay and on Tuesday the decision was made to move this month and not wait until the spring. Greenwich Public Schools have not confirmed the move but an announcement is expected today.......
Then Came The Press Release That Ace Reporter Ken Borsuk Said Would Be Issued By Greenwich Board Of Education President Betty Sternberg:
2/3/09: District To Move Hamilton Avenue School, PreK-5, To New Building Over Winter Recess (PDF)
Betty Says....
"There are two main reasons why I have decided to move the entire pre-K through 5 student body into the new Ham. Ave. facility. First, after review and consultation with district administration and town officials, I believe that the conditions enumerated in the two temporary certificates of occupancy received late last Friday, have been or will be adequately addressed to allow us to move the entire student body into the new building.
"...... I believe that the current angst over a delay in the move until the spring recess generates a greater disruption for the students and a potentially greater negative impact on student performance. Therefore, we will implement an accelerated move-in plan. Given the compressed timeline, I urge all stakeholders to have patience as we implement this plan."
BETTER LATE THAN NEVER
HERE IS THE GREENWICH TIME REPORT
BY CUB REPORTER COLIN GUSTAFSON:
Hamilton Avenue School to reopen following winter break
By Colin Gustafson
Staff Writer
Posted: 02/03/2009 04:30:14 PM EST
GREENWICH - In an abrupt reversal, school officials said Tuesday they would allow Hamilton Avenue School staff to begin moving classroom equipment into their new schoolhouse over winter recess next week, clearing the way for students to move in by mid-February.
The decision, which was announced in a letter to parents Tuesday morning, came just hours before community members were expected to stage a rally protesting the decision by school officials last Friday to push the move back to April.....
CUB REPORTER COLIN GUSTAFSON WORKS FOR THE BILLION DOLLAR HEARST NEWSPAPER CORPORATION AND WITH ALL OF THOSE RESOURCES HE JUST CAN'T BEAT WEEKLY GREENWICH POST REPORTER KEN BORSUK.
Why Doesn't Hearst Newspaper President Steven Swartz Do Something Smart Like Fire Thin Skinned Greenwich Time Editor Bruce Hunter And Replace Him With Veteran Greenwich Post Newsman Ken Borsuk.

1/30/09 FAILED SCHOOL ADMINISTRATOR SUSAN WALLERSTIEN HAD BETTER WAKE UP: Parents Don't Like Her Plan To Keep Children Out Of New Ham Ave School

Please send your comments to GreenwichRoundup@gmail.com or click on the comments link at the end of the post.
Posted by Greenwich Roundup at 2/03/2009 04:29:00 PM No comments: Links to this post

BUT THE CAN'T HIDE FROM THEIR IGNORANT DECISIONS

The Greenwich Board Of Education Is Playing With Fire.

Tonight's PTA Meeting at Western Middle School has been postponed due to weather.

The new date is Thursday, February 5th at 7 pm at WMS

THE PICKET WILL TAKE PLACE ON THE NEW DATE STARTING AT 6:30 PM

Please pass this on to those you contacted to attend.

1/30/09 FAILED SCHOOL ADMINISTRATOR SUSAN WALLERSTIEN HAD BETTER WAKE UP: Parents Don't Like Her Plan To Keep Children Out Of New Ham Ave School


Please send your your comments to GreenwichRoundup@gmail.com
Posted by Greenwich Roundup at 2/03/2009 10:50:00 AM No comments: Links to this post

2/3/09 Dear Jocelyn, All of your fellow bloggers and citizen journalists send thier heartfelt condolences on the loss of your grandfather 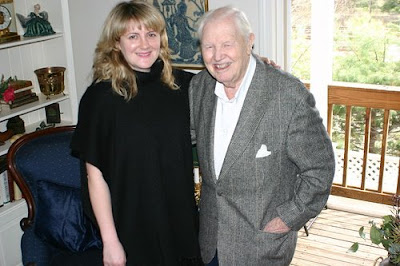 Rock Star Diary
RIP Poppy
Poppy, my beloved Grandfather passed away peacefully yesterday, Feb 1, 2009. He was 93 years old.He fought in WWII, arriving in North Africa in 1942 as a private. Eventually becoming a first lieutenant, he was amoung a small group who planned D-Day, landed on Omaha Beach, freed France, saved Jews, and was leading a group of soldiers through Germany when the war ended.
But most of all he was super Poppy! I already miss him so much.
I heard that Poppy visited cousin Jacquelyn last night (and brought some dead flowers in her apartment back to life!!!). We're all a little jealous Poppy, so maybe it's my turn tonight?
XOXO,
Jocelyn
COMMENT:
Dear Jocelyn,
I am very sorry to hear that you have lost a family member so dear to you.
It is a very affectionate tribute to your grandfather.
I loved reading this article and seeing the woderful pictures you shared.
Your dear gradfather was a very heroic man that all of Greenwich is proud of.
You are very fortunate to have such a loving and special Grandfather.
I am sure that that your grandfather wants nothing more than to be a guide and guardian angel for you as you grow.
So when you are thinking about him, or having fun, or enjoying life, you can imagine that he is smiling and delighting in who you are and how you are growing.
We all know that you are going to continue to make your dear grandfather proud everyday.
With warmest regards,
Brian
Here Is Today's Raw Greenwich Blog And RSS Feed.....
Greenwich News
When the going gets rough, this couple will be on high seas - Jerie Millici, a veteran Greenwich public school teacher, and her husband John, an attorney, are embarking on an adventurous new chapter in their life to...

For What It's Worth By Greenwich Blogger Chris Fountain
You mean it wasn’t love? - in a story sure to shatter the illusions of dozens of former Greenwich IB hotshots, it’s being reported (sorry, someone tore a clipping from a paper and ...

Greenwich Blog :: The Blog of Greenwich, Connecticut :: USA
Erica Jong at Just Books - Meet best-selling author Erica Jong. An author talk and book signing by Jong will be held at Just Books in Old Greenwich on Tuesday, February 3 at 7:30pm....
Jane Genova: Speechwriter - Ghostwriter
"CSI Miami" - All's Well That Ends Well - Everything turned out just fine tonight on "CSI: Miami" - at least for the good guys. And in Alexx's eyes, Horatio is again a good guy. When Alexx left CSI ...

The Fox Trot By Nick "The Sly" Fox
Raw Preview for 2/2! What will Orton Do? - Tonight's edition of WWE RAW takes place from the Scottrade Center in St. Louis, Missouri (Which is the hometown of current WWE Superstar Randy Orton, so ...

Exit 55 By Rob "WGCH" Adams - The Sports Voice Of Greenwich
Just In Case You Missed It...BRUUUUUCE!! - Part One Part Two WNEW has got more comments about the show here.