08/23/08 For What It's Worth: Chris Fountain Has Been Nominated To Be The Haed Of ""Greenwich's coven of blackguard Bloggers". 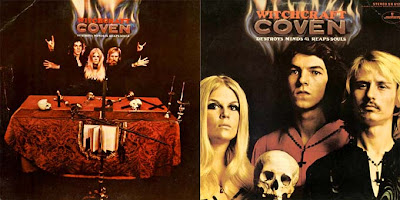 "That headline does it - I'm canceling my subscription. Who needs the GT anyway? Between your blog and the greenwichroundup blog, I get all the news I need, with intelligence and good humor."

The second commentator chirped in eight hours later with....

"All the coven of blackguard bloggers about Greenwich do is aggregate content from the newspapers; and if they disappeared they would have to take out their feeding tubes and try to find out what was going on."

I wished I had received the same comment, because I liked it so much I would have called Greenwich Roundup The Home Of " "Greenwich's coven of blackguard Bloggers" !!!!!

But Chris was two steps a head of me and told commenter number two....

"Love it! I've added the phrase to my header. Thanks."

Go To The Blackguard Blog via this link and read the comments and Chris's response....

And for anonymous commentator number two there are all ready towns in Connecticut and New York that have independent reporters and are monetized and commercially viable.

Moreover, they are not tied down by the expensive and inefficient process of producing a broad sheet newspaper every morning.

TheLoop is the source of news and information for Larchmont, Mamaroneck, ... Equal Opportunity Shopping So a while back on The Loop, I got a lot of flak ...


In fact, Here Is A News Flash For What It's Worth's Anonymous commentator number two.

The Greenwich Time's former editor and reporters who were recently fired had looked into developing an independent news website for Greenwich that would accept ads and compete head to head against Hearst Media's Greenwich Time property and possibly the Stamford Advocate property.

The big hold up was the $25,000 - $35,000 estimated cost of setting up a corporate web site with an IT guy.
Of coarse a bunch of corporate suits and a bunch of journalism majors are not able to think outside of the box.....

But a bunch of independent minded local bloggers could band together and form an independent news website if monetized would put the final nail in the Greenwich Time coffin.

The Greenwich Time had better pray to god that....

However, I some how don't think that Pastor Nick at Harvest Time Church will allow his blogs to be a part of ......

The sad fact is that Hearst Media's two local newspapers and the Greenwich Post are doing a piss poor job of looking out for the interests of their true customers ....

The news reading public of Greenwich

The reason this is happening is that Greenwich news editors are taking their news reading customers for granted. The editors of the Greenwich Citizen, Greenwich Post and the Greenwich Time forgot all about.....


"The job of the newspaper is to comfort the afflicted and afflict the comfortable."

This famous quote is about a hundred years old and just as true today as it was then.

Bad journalism comforts the comfortable and afflicts the afflicted.

That is a breach of journalistic duty.

We need local journalists to step up to the plate and get at the truth and to keep watch against abuses of power and if the mainstream media won't do it the bloggers an citizen journalists will !!!!!

It is not like mainstream journalists at the Greenwich Time were not repeatedly warned that being lazy journalist could cause them to lose their jobs.

Read the end of this Greenwich Roundup Post about how news reporting was being outsourced....

The Money Losing And Subscriber Losing Greenwich Time May Became A Local News Bureau Of A Bridgeport News Paper.

Hearst is already printing The Stamford Advocate, The Norwalk Advocate and the The Greenwich Time at the Connecticut Post plant in Bridgeport.

MNG Chief Executive Officer Dean Singleton made the announcement to Post staff in the newsroom. It was eight years after Singleton's privately held company bought the Post and five non-dailies from Thomson Newspapers Inc.

.Hearst is also taking control of The Advocate of Stamford, Greenwich Time, The News-Times of Danbury and the New Milford Spectrum, which MNG had been managing, through a joint operating agreement. The combined circulation of Hearst's Connecticut properties is 137,000 daily, 151,000 on Sunday and 53,000 non-daily. Brooks Community Newspapers' seven weeklies, the Darien News-Review, Greenwich Citizen.....

And please petition Chris Fountain to let this one eyed blogger who hunts and pecks on the keyboard with one finger to join ....