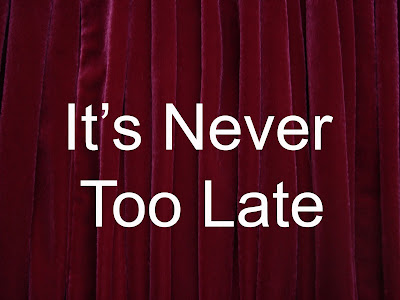 Greenwich Time Editors And Reporters Are AWOL As Cablevision Viewers Are Shocked By Tom Byrne's Heavy Handed Tactics
When Push Comes To Shove Byrne Says Forget About Decorum And Impartiality
District 9 RTM Member Paul Curtis Moves To Take Away The Office That Joan Caldwell Has Held For 13 Years.
99 RTM Members Vote For New Leadership And 99 Members Vote For More Of The Same Old Thing. Then As Everyone Saw That The Empress Joan Caldwell Had No Clothes, Tom Byrne Adds His Vote After The Official Count.
This Prevented A Second RTM Vote Againsted The Paper Tiger Caldwell.
Representative Town Meeting Moderator Tom Byrne Wont Vote For The Budget, But He Will Vote After The RTM Voting Cards Have Been Counted In Order To Save Moderator Pro Tempore Joan Caldwell's Ass.
Tom Byrne pulled a fast one and cast the tie-breaking vote for Joan Caldwell after the rest of the RTM members votes were tallied by the town clerk.
If Byrne Keeps Playing Favorites, Then He May Soon Discover That He Will No Longer Be The Moderator Of The Representative Town Meeting Of Greenwich.
Update:
The Greenwich Time Is Three Days Late And A Dollar Short
The Friday Morning Above The Fold Greenwich Time Screaming Heasline Is ...
RTM moderator Byrne puts his second in command over the top in tight election
By Neil "Better Late Than Never" Vigdor
Staff Writer
Thomas Byrne, the moderator of the Representative Town Meeting, bailed out his second in command from losing her leadership position with a critical and somewhat controversial tie-breaker vote, Greenwich Time has learned.
Joan Caldwell retained her post of 14 years as moderator pro tempore Tuesday night by a single vote over Paul Curtis, 100-99 with one abstention. The vote took place at Central Middle School.
The moderator pro tempore is responsible for presiding over meetings of the 230-member legislative body when the moderator is absent, preparing official documents and background materials and acting as a go-between among committee chairmen......
.....Christopher von Keyserling, a District 8/Cos Cob member who has had his share of run-ins with Byrne over the years during RTM meetings, said that some of the voting cards from the moderator pro tempore election should be disqualified because the names of absentee delegates were not crossed off as he believes is required......
If You Want To Know What's Really Going On In Greenwich, Then You Have To Read The Local Blogs And Out Of Town Newspapers
The Hearst Newspaper staff writer who who is too damn busy to cover Greenwich RTM meetings is none other than Neil "Better Late Than Never" Vigdor. You can reach this tardy Greenwich Time reporter at neil.vigdor@scni.com or 203-625-4436.
==================================
Please send your comments, news tips and press releases to GreenwichRoundup@gmail.com
Posted by Greenwich Roundup at 1/19/2010 11:36:00 PM No comments:

Please remove the post on the following link it is untrue and libelous.