"Uniformed police officers were stationed down the street and would be alerted by radio which cars committed a violation and were to be stopped," said Berry.

The operations occurred at a crossing on Mill Street at Henry Street in Byram and at Sound Beach Avenue in front of the First Congregation Church across from Binney Park in Old Greenwich, Berry said.

After just over an hour at the Mill Street location, police issued 25 citations -- 21 of which were for drivers who failed to yield to pedestrians, officials said. Three citations were issued for operating without a license and one for a red light violation, police said.....

....Kevin Allmashy, who owns the Executive Corner Deli on Mill Street, said he has complained to police numerous times about the Mill Street intersection. His store looks out on the dangerous crossing, where children and the elderly often have trouble making it safely across, he said.....

If You Want To Know What's Going On In Greenwich You Have To Read The Out Of Town Newspapers.....

Racer seeks sponsors in finance
Connecticut Post
"There's an endless amount of possibilities that companies can benefit from this, like investment companies in Greenwich. There's a demographic of viewers ...

Store owner fights ban on freestanding placards
Stamford Advocate
....Greenwich allows business signs on sidewalks, but they may not exceed a certain size. The signs are permitted unless they block sidewalks or are chained to ...

‘I want you,’ Uncle Sam says to unemployed Wall Street analysts
Daily Times
... 24 event will include Virginia Donner, 43, who called a friend at the Federal Reserve after losing her job at a hedge fund in Greenwich, Connecticut. ...

Three firms progress in Auto X-Prize
Norwalk Advocate
Shelton-based Poulsen Hybrid, Ridgefield-based Alternative Fuel Sciences and Greenwich-based Electric Truck all made it to the next round of competition and ...

Himes condemns AIG subpoenas
Stamford Advocate
...."I think that was wrong-headed," Himes, a Greenwich resident who worked in the financial services industry for 12 years, said during a meeting with The Advocate's editorial board.

On March 20, state Sen. Bob Duff, D-Norwalk, and state Rep. Ryan Barry, D-Manchester, co-chairmen of the committee, subpoenaed 13 individuals they said were identified in the media as employees of AIG's Financial Products office in Wilton who shared in the taxpayer-funded bonuses.

The Banks Committee of the Connecticut legislature was wrong to issue subpoenas last month for Fairfield County residents who reportedly received some of the controversial $218 million in bonuses from AIG, U.S. Rep. Jim Himes said Thursday......

WSJ SmartMoney editor to talk on market comeback
Norwalk Advocate
... Darien and graduated from Darien High School in 1976, interned at several local newspapers before college, including the Darien News and Greenwich Time......

Is the IRS giving banks the kid glove treatment?
BloggingStocks
They get multi-million dollar bonuses, live in Fifth Avenue apartments, own spreads in Greenwich, CT, and summer in seaside cottages in the Hamptons. ...

Piracy a concern for local shippers
Stamford Advocate
Southwestern Connecticut's considerable shipping industry is more concerned than ever about the resurgence of piracy on the high seas.

Unlike last month's hijacking of a Stamford company's cargo ship, Wednesday's pirate seizure of a U.S. flagged ship off the coast of Somalia does not have local implications, but it still sets off alarms for those in this area.

"It's a major issue, and the answer is for the world to police these guys to get rid of them," said Basil Mavrolean, a manager for the projects group for Charles R. Weber Co. Inc., a Greenwich-based ship brokerage and marine consultant. "This is ridiculous." ...

Dodd Rallies to Union's Side to Oppose F-22 Budget Cuts
FOXNews
Roger Pearson, a Democrat from Greenwich, Conn., told a Hartford Courant columnist last week that he has formed a committee to explore a run for his party's ... 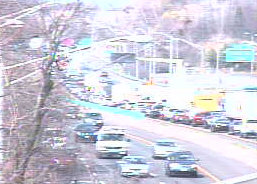 Traffic is backed up on Interstate 95 in Greenwich due to a car fire between exits 2 and 3. (CDOT)


THE GREENWICH TIME IS ONCE AGAIN
CAUGHT HAVING TROUBLE TELLING TIME

Accident cleared from I-95

CDOTGREENWICH -- A vehicle fire that partially shut down the northbound side of Interstate 95 in Greenwich has been cleared.

The 3:49 p.m. accident between exits 2 and 3 shut down two lanes of traffic. The accident was cleared at 5 p.m., according to the state Department of Transportation.

If You Want To Know What's Really Going On In Greenwich You Have To Read The Out Of Town Newspapers And National Wire Services...... 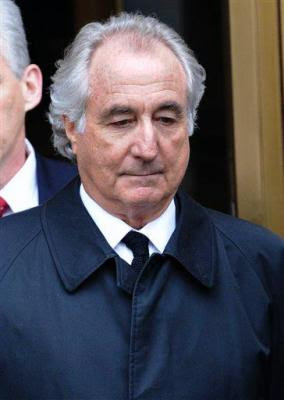 Madoff victims seek assets of those who helped him


.....A judge in Connecticut issued a temporary restraining order late last month freezing the assets of top executives at Fairfield Greenwich Group, another "feeder fund" that reaped hundreds of millions of dollars in fees marketing investments with Madoff.

The court order covers the extensive, exotic real-estate holdings of the family behind the fund.


The holdings are believed to include the hilltop villa called "Yemanja" that Fairfield Greenwich co-founder Walter Noel built several years ago on the private Caribbean island of Mustique, where the family's neighbors include Tommy Hilfiger.

The Noels also have homes in Connecticut, Manhattan and the Hamptons. Noel's managing partner and son-in-law, Andres Piedrahita, has mansions in London and Madrid and a getaway on the island of Mallorca, off the Spanish coast......


.....Federal prosecutors also want his sons, Andrew and Mark, who own expensive Manhattan apartments and country homes in Greenwich, Conn., to return more than $31 million in loans they received from their parents in recent years.......

Greenwich Residents Sure Are Gullible

The Noels Andrew Madoof and Mark Madoff Say They Were Fooled
By Bernard Madoff Like Everyone Else, And Had No Idea His
Investment Operation Were A Fraud
PLEASE ALSO SEE:
Madoff’s See-No-Evil Advice Didn’t Spook Insiders: Ann Woolner
Bloomberg
I’m no hedge fund manager, but this much I know: If someone handling my clients’ wealth coaches me on what to say to federal agents, I’m going to suspect the guy is doing something wrong.
Bernard Madoff in 2005 instructed executives at his biggest client, Fairfield Greenwich Advisors in Connecticut, on how to handle Securities and Exchange Commission questions about him.
“Obviously, this conversation never took place,” Madoff said in a recorded telephone call that was recently made public.
He told them to tell the SEC he has a “Chinese Wall” between his money management and brokerage businesses, though Fairfield had no way of knowing that.
He told them not to mention paperwork “because any time you say you have something in writing they ask for it,” according to a transcript of the phone call.
If that conversation raised the hair on the back of the necks of the two Fairfield managers listening, it didn’t stop them from sending billions of dollars to Madoff .....
Criminal Charges?
My question is: Why are these civil lawsuits instead of criminal charges? If these men indeed lied to investors in material ways to keep their business, isn’t that fraud?
You can’t get them for making false statements to authorities because hedge funds don’t have any reporting requirements to speak of
Beyond that, neither Cuomo nor Galvin accuses the fund managers of acting as accomplices to Madoff’s Ponzi scheme. But can we infer they ignored that he may have been crooked and didn’t care?
To make criminal charges stick, prosecutors have to prove the accused meant to cheat people. It isn’t enough to show negligence or neglect of fiduciary duties. It isn’t enough to prove they lied, unless you can show they did it with the specific intent to steal. .....
.....OK, so what if the managers suspected wrongdoing and went out of their way to not find out? That is called “willful blindness” or “deliberate ignorance” or, in less stilted language, the “ostrich defense.”
If prosecutors can prove the defendants were willfully blind to Madoff’s crimes, it’s as good as proving they knew about them and that puts them closer to a criminal indictment......
================================================================
Please send your comments, news tips and press releases to GreenwichRoundup@gmail.com or click on the comments link at the end of this post
Posted by Greenwich Roundup at 4/09/2009 04:19:00 PM No comments: Links to this post

Please send your comments, news tips, press releases to GreenwichRoundup@gmail.com or click on the comments link at the end of this post.
Posted by Greenwich Roundup at 4/09/2009 09:03:00 AM No comments: Links to this post

THE WEALTHY OF GREENWICH LOOK ON AS PUBLIC SCHOOL CHILDREN SUFFER: It's Time For Hedge Fund Managers Who Are Taxed At A 15% Tax Rate To Step Up And Donate To Help Teachers Who Are Taxes At A 35% Tax Rate

GREENWICH HEDGE FUND BILLIONAIRE PAUL TUDOR JONES CANT BE BOTHERED: He Is Too Busy Reclaiming The Everglades Next To His Florida Mansion And Planing This Years 30,000 Bulb Christmas Light Show At His Greenwich Mansion.

"It is vital to us to have that contract honored," said Cathy Delehanty, president of the Greenwich Education Association. "Contracts have been negotiated fairly throughout the years, and it didn't matter if Greenwich was in the pink. When times are good it is what it is. When times are tough, we still need to uphold it."

With the school board seeking broad labor concessions in hopes of heading off future budget cuts, the town teachers' union is beginning to draw the line on how much it's willing to give up.....

....the school system, which is already bracing for a $4 million reduction in its 2009-10 budget, is to avoid even deeper cuts from a projected $10 million shortfall in town revenue in the 2010-11 town budget, school board members say.

Union officials contend that teachers shouldn't have to shoulder the economic burdens of the town by forfeiting wage increases or paid school days, which have already been guaranteed under their new, three-year contract.....

THERE ISN'T MONEY FOR TEACHERS,
But THERE IS MONEY FOR .....
Advocates of the 25 Million GHS Auditorium, Which Include the Board of Education, Want Teachers To Take A Pay Cut So That Thier Pet Project Can Go Forward
GHS starts groundwork for new auditorium
Workers are busy boring holes in the ground near Greenwich High School's auditorium this week, part of an effort to assess soil conditions in preparation for the facility's planned renovation.
Since Monday, crews have been drilling holes in the soil near the auditorium to assess subterranean rock and water conditions. Their work, set to finish by the time students return from spring recess next week, is meant to give designers of the auditorium project a clearer picture of how the terrain will affect their building options....
PLEASE NOTE THE BIASED REPORTING:
Greenwich Time Reporter Cub Reporter Colin Gustafson Did Not Talk To One Parent As He Regurgitated Greenwich High School Press Releases.
School Officials Have A Stong Voice At The Green Kitty Litter Liner While Greenwich Parents And The Single Family Homeowners Of Greenwich Are Ignored By The Local Rag
================================================================
Please send your comments, news tips and press releases to GreenwichRoundup@gmail.com or click on the comments link at the end of this post.
Posted by Greenwich Roundup at 4/09/2009 06:01:00 AM No comments: Links to this post