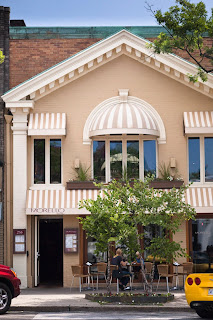 This is the second in a series of wine producer dinners hosted at Morello in Greenwich. Please call me if you have any questions or require photography.

Price: $250 per person all inclusive

The grandson of Mario Incisa della Rocchetta, the creator and proprietor of Sassicaia, one of the most renowned Italian wineries, and nephew of Niccolo’ Incisa della Rocchetta, who currently manages the family’s winemaking enterprises, Incisa spent his childhood on the family estate in the Maremma district of Tuscany, privy to the exclusive centuries-old winemaking and vineyard management traditions to which he now claims his own expertise.

Upon completing his undergraduate studies at the prestigious Florimont School in Switzerland, Incisa worked briefly as an account associate at UBS in Geneva before setting out on the fulfillment of his lifelong dream to be a winemaker himself.


In 1999, Incisa moved to California to pursue a degree in Economics at Pepperdine University, and then later returned to Italy where he managed the day-to-day operations of two family wine estates in Umbria – Titignano and Salviano – which are owned by his mother, Nerina Corsini Incisa della Rocchetta.

Shortly afterwards, in January of 2000, Incisa again returned to the United States to pursue a Masters from New York University which he completed in June of 2003.

Now a resident of United States, Incisa divides his time between New York City, Italy and Patagonia, where he has begun a very limited production of his own Pinot Noir. This very high quality vintage, rendered from vines planted in the rich Patagonian terroir in the early 1950s, is expected to yield no more than 1200 bottles in its first production, coincidently the same yield his grandfather made in the first vintage of Sassicaia. The new label, called Bodega Chacra, became available in early 2005.

Opened in December 2008 and located at 253 Greenwich Ave. in Greenwich, Conn., Morello offers diners Italian-influenced cuisine, more than 650 varieties of wine, superior service in a stylish and energizing setting. Serving rustic Italian food with a modern twist, Morello stays true to the style of traditional bistros.

Morello is part of the Marlon Abela Restaurant Corporation (MARC) portfolio of restaurants that also includes A Voce in New York City, Bistro du Midi in Boston and The Greenhouse and UMU in London.

Along with its relaxed atmosphere and welcoming service, Morello showcases many local ingredients and affordable prices. The new Executive Chef Mark Medina-Rios has infused the menu with his own style and modern approach to old-world cooking. For additional information, please visit www.morellobistro.com or Morello on Facebook. 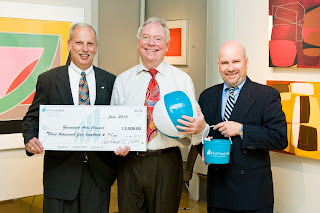 Please find below and attached, a news release on Greenwich Arts Council accepting a donation and grant from First County Bank and its foundation in the amount of $3500.

Please call with any questions or if you’d like to speak with any of the people involved with Greenwich Arts Council or First County Bank.

-- Earmarked for Arts Education and This Year’s Sand Blast Event --

STAMFORD, Conn., June 28, 2010 -- This year marks the first time First County Bank and its foundation have donated money to the Greenwich Arts Council. The $3500 donation is being used for an enhanced arts education program serving low income families and to help support this year’s July 10 Sand Blast sand sculpture festival being held at Tod’s Point.

“First County Bank and First County Bank Foundation are proud to donate money to the Greenwich Arts Council and this year’s Sand Blast event,” said Rey Giallongo, president and chief operating officer of First County Bank. “Our Greenwich branch at 59 Mason Street has been looking for ways to help strengthen its community involvement and this is the perfect venue for our branch personnel to roll up their sleeves and be creative with their customers. What better way to enjoy a day at the beach than making sculptures in the sand with your children.”

“The Greenwich Arts Council is very excited about First County Bank’s involvement in our organization. This money will help expand current and future art programs serving low- to moderate-income families who might not have access to arts education,” said Paul Master-Karnik, executive director of the Greenwich Arts Council. “We look forward to partnering with First County Bank and its foundation on other initiatives as well.”

The Greenwich Arts Council’s perennially popular Sand Blast, sand sculpture festival, will be held once again on the broad Greenwich Point beach. Sand Blast is a fun family event for all. There is no specific theme for sand sculptures and participants are encouraged to indulge their imaginations enjoying the experience of creating art in the sand.

The Greenwich Dept. of Parks and Recreation, the Arts Council’s longstanding partner in this event, will co-host this year’s festival. The event is scheduled to take place on Saturday, July 10, from 1:30-4:30 p.m. (Rain date is Sunday, July 11, at 2:30.) For rain date information, participants should call the Greenwich Parks & Recreation Activities HOTLINE at 203-618-7650.

The Greenwich Arts Council was founded in 1973 as part of the Town of Greenwich’s plans to celebrate the nation’s Bicentennial in 1976. It all began with an exhibition of outdoor sculpture by contemporary American artists and led to the determination that there was a need for a Greenwich Arts Council to provide year-round arts programming for the community. The fledgling organization grew from one that was all volunteer to one that progressively added professional staff and many new programs over the years.

The Greenwich Arts Council promotes the arts by nurturing artists and building audiences; bringing the arts to the community and the community to the arts. For more information about this event or other Arts Council activities, call 203-862-6750 or visit www.greenwicharts.org. 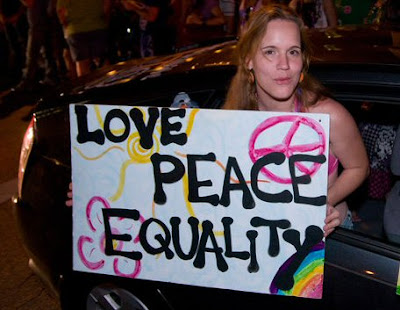 Picking up todays' paper (6/28/10), I looked to see how the "Grennich Time" reported on the Gay Pride Parade in NYC yesterday. It stated the article to be on A8. I looked, Obits. I looked thru the whole paper, no such article appeared ANYWHERE. "ALL the news that's fit to print....when it's news WE want you to know about"

Comment:
Hearst Newspaper Editor David McCumber's Incompetence Once Again Appears As He Continues The Greenwich Time Policy Of Ignoring Controversial Greenwich Voices.
======================
Please send your comments, news tips and press releases to GreenwichRoundup@gmail.com
Posted by Greenwich Roundup at 6/28/2010 10:30:00 AM No comments: Links to this post

Please send your comments, news tips and press releases to GreenwichRoundup@gmail.com
Posted by Greenwich Roundup at 6/28/2010 06:19:00 AM No comments: Links to this post