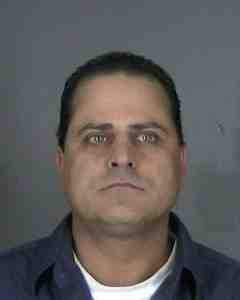 An unlicensed contractor was charged with taking $75,000 from three homeowners as deposits for kitchen renovations and then never returning to do the work, Westchester County police spokesman Kieran O'Leary said today.
Stephen Marotta, 45, formerly of Port Chester and now of Greenwich, Conn., was arrested Wednesday by county detectives and charged with second- and third-degree grand larceny and first-degree scheme ...
.....Detectives are concerned there may be additional victims who gave deposits to Marotta or his company, Skyline Home Improvements, for work that was never done. Anyone with pertinent information is asked to call detectives at 914-864-7916. 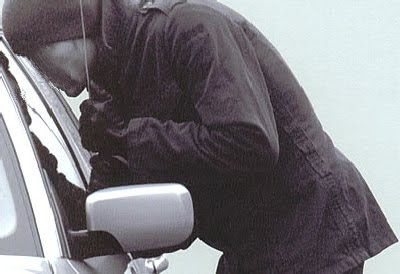 Thieves target BMWs in commuter lots
After arriving to his car Thursday night to find the tires and sideview mirrors had been completely stripped from his BMW, a New Canaan man is warning Greenwich commuters to keep their cars safe.
Stephen Bonebrake said he never expected to find his car without any wheels when he got off at the Metro-North train station in Old Greenwich Thursday.
"I came back to see my car resting on its rotors," said Bonebrake, noting that he has heard about similar incidents in town. "People are coming around and taking these expensive wheels.".....
.....Greenwich police confirmed there was another recent incident when a different BMW was stripped of its wheels in the Riverside commuter parking lot on Oct. 28.....
==================================
Please send your comments, news tips and press releases to GreenwichRoundup@gmail.com
Posted by Greenwich Roundup at 11/06/2009 08:39:00 PM 1 comment: Links to this post

Cos Cob The Modern Sodom and Gomorrah..... 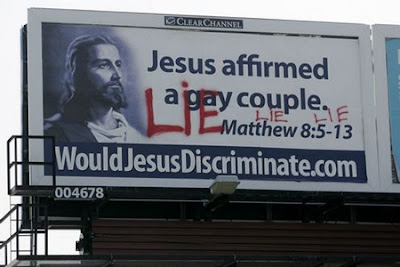 One of Greenwich's great strengths is its many and diverse places of worship. One in particular this week brought honor to the town and should make all residents proud, regardless of faith or denomination.

The Diamond Hill United Methodist Church in Cos Cob has announced it will take a courageous and principled stance in support of human rights -- at a time when many wish the particular issue the church is concerned about would go away for a while.

The Cos Cob church is protesting policies of the United Methodist Church that discriminate against homosexuals, in particular, the parent church's opposition to same-sex marriage and position barring gays and lesbians from becoming ordained ministers.

"This is the only group that our policies in our church explicitly discriminate against, and we find that disrespectful," said Senior Pastor Vicki Flippin.

It is the only group that the policies of our great country explicitly discriminate against as well. We saw last week, when Maine voted to take away marriage rights from homosexuals there, that legal discrimination remains a powerful force against homosexuals......

Diamond Hill Church Already Had An Openly Gay Pastor Named Herb Miller.
PLEASE SEE:
United Methodists hold line on gay issues
Delegates pray prior to a vote on issues related to homosexuality during the 2008 United Methodist General Conference in Fort Worth, Texas.
By Linda Bloom umc.org
Nov. 4, 2009
Ten years ago, the Rev. Greg Dell was put on trial by The United Methodist Church for performing a same-sex union ceremony.Since then, a few states have legalized gay marriage and some mainline
Protestant denominations, including the Episcopal Church and Evangelical Lutheran Church in America, now accept non-celibate gay and lesbian clergy.
The United Methodist Church, however, has remained firm in upholding its traditional stance that homosexual practice "is incompatible with Christian teaching."
In a decision released this week, the Judicial Council, the church's highest court, struck down a resolution from the Baltimore-Washington Annual (regional) Conference that said the church is divided on the issue."
The effect of the Baltimore-Washington resolution is to negate the church's clearly stated position," the council wrote....

This once a day Google Alert is brought to you by Google.

Create another alert.
Manage your alerts.

Please send your comments, news tips and press releases to GreenwichRoundup@gmail.com
Posted by Greenwich Roundup at 11/06/2009 02:20:00 PM No comments: Links to this post

McArdles and the Girl's and Boy's Club planting trees for their 100th birthday
Greenwich Citizen
Last Thursday two of the town's oldest establishments came together to celebrate their 100-year old roots with a greening of Greenwich idea.

Environmentalist Luc Hardy - Pied piper to the Arctic
Greenwich Citizen
... Hardy gave a presentation of his 2008 Arctic expedition last month as sponsored by the Alliance Francaise at the Greenwich Arts Council, where he also signed two of his recent books, "Arctic Transitions" and "Greenland Impressions." It was there ...

Veteran voices point to the DSS as a watchful arm for seniors
Greenwich Citizen
As the Town of Greenwich celebrates the 100th anniversary of the Department Of Special Services, its importance to the welfare of seniors is being heralded.

We are selling tickets to our very popular Breakfast with Santa program.

If you could please include this press release on your website.

I would appreciate it.

The Department of Parks and Recreation announces that tickets are on sale for Breakfast with Santa. This event is taking the place the Saturday after Thanksgiving, November 29 at the Greenwich Civic Center on Harding Road in Old Greenwich from 9:30am – 11:30am.


Mrs. Claus and her friends Frosty, Rudolph and Santa’s Elves will be on hand to greet the children and hand out goodie bags.

Breakfast will start promptly at 9:30am. John Fogarty of Kiddlerock Productions will start the entertainment at 10:00 pm. Santa will arrive after the show to meet with the children and listen to their Christmas wishes. This is the perfect time for parents to take their children’s photos.


Tickets may be purchased through the mail or at the Recreation Office. No tickets will be sold at the door as we expect this event to be a “sell out”.

For more information on this event or any of our programs please visit our website at www.greenwichct.org

Aaron B. Lutzker, 25, of 14 Lakewood Circle, was charged late Tuesday with interfering with an officer in connection with a July incident. He was released on a $150 cash bond and is scheduled to appear in state Superior Court in Stamford on Tuesday.

Prudencio Flores-Cornejo, 49, of 88 Laddins Rock Road, was charged with driving while under the influence Monday afternoon. He was released on a $250 bond and is scheduled to appear in state Superior Court in Stamford on Nov. 16.

Patrick J. Adams, 39, of 171 Lake Ave., was charged with evading responsibility and following too closely Tuesday evening. He was released on a $250 bond and is scheduled to appear in state Superior Court in Stamford on Nov. 11......

On Thursday, November 5, 2009 at 1:15 P.M., the following individual
surrendered herself to the Greenwich Police Department relative to an
active arrest warrant for the below listed charges;

Gagne was arrested following a two-month criminal investigation by
members of the Criminal Investigations Division, the Federal Bureau
of Investigation, United States Attorney’s Office, Southern District
of New York and insurance investigators from the Chubb Group of
Insurance Companies.

Gagne allegedly sold a rare painting at a Manhattan auction house in
2007 netting $17,250 in cash.

In early 2009 Gagne allegedly began making inquires about the same
sold painting claiming that it was now missing property, at which she
had a third party file an insurance claim on their insurance policy
with the proceeds being payable to her.

Gagne was released on a $1000.00 Cash Bond and assigned a Court Date
of November 12, 2009 to appear in Stamford Superior Court.
To maintain the integrity of this investigation, no further
information will be released at this time.