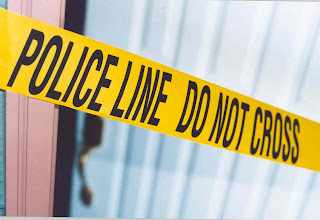 GREENWICH, Conn. - Police are investigating the death of a man who was found floating in the Cos Cob Harbor in Greenwich. ...

Greenwich police say he was located in the water at about 1:30 pm Saturday when volunteers from a yacht club ...
- http://www.lohud.com

AP GREENWICH, Conn. - The state medical examiner says a Greenwich man drowned after falling into the Cos Cob Harbor in Greenwich. ...

ride for greenwich
By rundangerously

i stopped by and say hi to emmy on my drive home from the norwalk race, as she spent the morning working at "ride for greenwich." it a great family event that she works on for months to organize! her post-greenbelt recovery run was to ...
rundangerously - http://rundangerously.blogspot.com/

"The Hedges of Greenwich, Connecticut"
By JLM (Jim Gust)

Oil and gas prices seem to keep going up.even when you would think demand should start to slacken off. Stein believes prices keep rising because the hedge-fund managers of Greenwich are speculating in energy like crazy. ...
Trust and Wealth Management Marketing - http://trustmarketing.blogspot.com/

Please send your comments to GreenwichRoundup@gmail.com
Posted by Greenwich Roundup at 5/11/2008 09:04:00 PM No comments: Links to this post

Open enrollment begins April 28 for Baby Lapsit for infants up to 12 months with a caregiver. Five-week Spring Session 2: May 29 - June 26. Thursdays at 9:45 am or 1:15 pm. Preference given to Greenwich Library card holders. ...
Greenwich Library | Today's Events - http://www.greenwichlibrary.org

Please send your comments to GreenwichRoundup@gmail.com
Posted by Greenwich Roundup at 5/11/2008 03:52:00 PM No comments: Links to this post 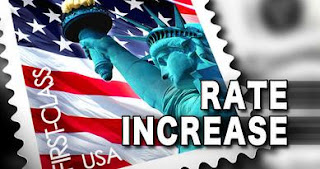 What A Waste Of Bandwidth!!!

It's Time To Beat The Press And Fire The Greenwich Time Web Master.

Does The Greenwich Time Publisher Really Think That Web Site Users Were Stupid Enough To Sit Around And Wait Two Days For These "Hard Hitting" Greenwich Time News Links?

Half Of These Links Are Not Even About Greenwich!!!

05/11/08 - Behind The Times - Would Someone Please Wake Up The Greenwich Time Web Master - These Articles Have Not Been Updated For Over 48 Hours !!!! 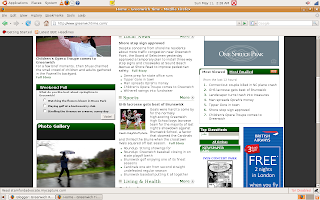 Same Old Same Old News - It's 2:27 am And The Greenwich Time Editors Are Still A Sleep At The Switch.

Are The Greenwich Time Web Site Users Going To Get Some New News Links For Sunday?

Once Again The Publisher Of The Greenwich Time Is Treating It's Web Site Users Like Red Headed Step Children.

The Greenwich Time Has Been Regurgitating It's Regurgitated Press Releases For Two Days.

The Greenwich Time Web Site Appears To Be Stuck At 2:03 am Last Friday Morning.

Is The Greenwich Time Planning On Becoming A Weekly?

Staring at a two-week deadline to nominate candidates, Greenwich Democrats said they are optimistic they will field candidates in each of the four local races for General Assembly.

Despite concerns from shoreline residents about more traffic congestion near Greenwich Point, the Board of Selectmen yesterday approved a temporary plan to install three-way stop signs and crosswalks at Sound Beach Avenue at Shore Road to improve pedestrian safety.

The woman who stood to become first lady in 2000

At the end of eight weeks of traveling across the country helping those in need, Stephen Paletta said he had a simple question before him.

This time last year, Bill Kowalewski was worrying about whether The Nathaniel Witherell nursing home would stay a town-run entity.

GHS lacrosse gets best of Brunswick

Goals were hard to come by for the normally high-scoring Greenwich High School boys lacrosse team for the majority of last night's showdown against Brunswick School, a factor that doomed the Cardinals and thrilled the Bruins when the crosstown rivals squared off last season.

Brunswick golf enjoying one of its finest seasons

After last weekend's domination of the FAA golf tournament in which they had five of the eight all-league players on its roster, the Brunswick golf team seemed to have little left to prove yesterday hosting Hamden Hall at Greenwich Country Club.

Brunswick baseball putting it all together

There have been games this season where the Brunswick baseball team has had great pitching but lacked any offensive support. Or the Bruins' bats would be locked in, but the pitching would be shaky and they would once again be on the short end of the scoreboard.


For The Latest News About
The Greenwich Time Please See:

05/09/08 Greenwich Time's "Hard Hiiting" News Links For Friday- All Of These Stories Look Like Press Releases- Why Are There No Investigative Reports?

The Stamford Advocate Web Site Seems To Be Getting A Few Updates....

GREENWICH - Seven decades after art dealer Jacques Goudstikker had to leave behind hundreds of priceless paintings in Amsterdam, ...

(Hey Greenwich Time Web Master, What's going on? This article has been at the Stamford Advocate for over 24 hours, but has not appeared at the Greenwich Time)

GREENWICH - In recent months, Timothy Cerniglia has noticed the cost of the groceries he buys every two weeks at Stop & Shop has jumped from $75 to more than $100.

"It goes up every time," Cerniglia said. "It has to do with the oil prices and this mess we have in the Middle East."..

Here Is Some Of Yesterdays Greenwich Sports News At The Stamford Advocate:

Paul Burke's first victory as a boys varsity lacrosse coach came in 1989 as a wide-eyed 22-year-old guiding a Greenwich High School team with players not much younger than him.

The Greenwich High School crew team showed that it was truly in a class of its own at the Glastonbury Invitational Regatta yesterday.

There Is Another Greenwich Sports Story At The Stamford Advocate

Hopefully The Greenwich Time Will Start Being Updated Soon

Please send your comments to GreenwichRoundup@gmail.com
Posted by Greenwich Roundup at 5/11/2008 01:30:00 AM No comments: Links to this post