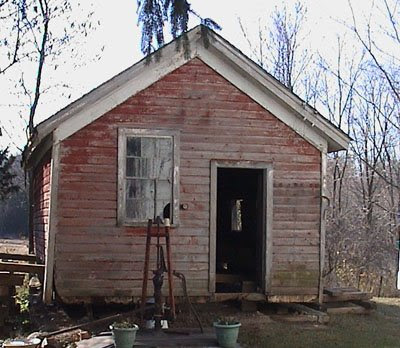 Himes Wealth Article 'Just Plain Wrong'
To the Editor:
I have to tell you that I am appalled by your placing as the lead article on the Oct. 24 Greenwich Citizen front page the story detailing Jim Himes' savings and assets. Was that really the most important article in the entire paper?

Was it more important than the roundup of the debate roundup of the debate between Shays and Himes? Frankly, it seems a blatantly snarky attempt to demean Himes in the same manner that Lieberman (and his willing sidekick Greenwich Time) sought to smear Ned Lamont as a "Greenwich millionaire." And you didn't just print an article telling how much Himes was worth, you actually put a box on the front page with virtually every stock and bank account to his name. Was that important? Really?

I just cannot understand why a previously reputable newspaper would stoop to such a depth to expose every aspect of Himes' family worth. And to add that "Himes initially balked at answering questions about his finances" just makes it appear as if he's hiding something. Which is false.
Was there any doubt in anyone's mind that Himes had made a good bit of cash while an investment banker for a dozen years? Was that really a great revelation?

If you really think the net worth thing is so incredibly important, why don't you start asking questions (and write an article before the election) about why Shays' supposed wealth is so low? After all, Shays has been earning a six-figure income for two decades, and his wife had been making six figures as well for years in her government job with the Peace Corps. So why don't you find out just what they were spending their $300k in annual income on all these years? Is Shays really virtually broke except for his houses? But here's betting that you won't do that because the whole point was to do a hit-job on Jim Himes.

I'm really very disappointed. That article was just plain wrong. And to make it the lead article less than two weeks before the election was a dirty trick. I'm also guessing that I will never receive a reply from you or an explanation or a mea culpa (which is what's called for). And that is disappointing, too.

Sorry, Don, but it was wrong.

Citizen Journalists And Bloggers Who Are From, Work In Or Used To Live In Greenwich.....


Greenwich News
Route 1 is Dangerous for Pedestrians - Find a problem with our new site? Tell us! Local news, weather and information, online all the time Route 1 is one of the most dangerous roads in the sta...


For What It's Worth
Were you wondering where your favorite Savings and Loan officer got to? The New York Time's Gretchen Morganson writes today on mortgage fraud at Washingto...


Tribune Company's Greenwich News Feed
Democrats Could Stretch Already Solid Majorities In State Legislature - With Barack Obama leading in Connecticut polls by more than 20 points, some Republicans fear that a Democratic tidal wave could wash away their candidates ...


The Harvest From Harvest Time Church On King Street
Day 45: Pitch in! - Also we made commands for ourselves, to charge ourselves yearly with one-third of a shekel for the service of the house of our God… (Neh. 10:32) This is th...


John Ferris Robben - T-shirt Philosophy Page At Our Greenwich
Byram River Halloween Party Images - Fred Camillo intently listening at the Byram Party. God making a special appearance as #1 while #2 is happening all around. Monroe’s ghost This A-hole on t...


Exit 55
Reminder of Good Times and Unfinished Business - I spent the weekend at my niece's place a little less than a hour north of Philadelphia. They are understandably euphoric down there about the Phillies. Si...


Sarah Darer Littman - Politics Above the Parapet At Our Greenwich
Praying for different things - Four years ago this month, my then eight year-old daughter was diagnosed with Type 1 diabetes. Since then, we have lived with the daily struggle of trying ...


Pray Connecticut
New PrayCT website coming! - We ask your patience as we will be rolling out a new website shortly. You may experience some unavailability both here and at www.prayct.org. Thanks!

Want fresh flowers for your table, your wedding, your garden? Serving the Greenwich, Connecticut area since 1910, McArdle's Florist has flowers, floral arrangements, plants, garden supplies and more. Delivery is available in the Greenwich area and nearby New York communities. Whether you want fantastic foliage for your living room or your backyard or for a friend, come to McArdle's Florist. 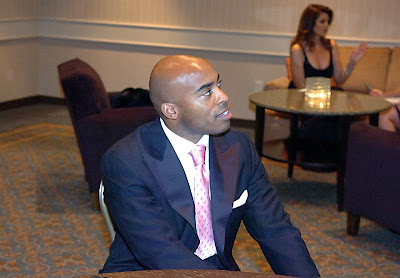 Celebrities come out for benefit
When supermodel Cindy Crawford lost her brother Jeff to leukemia when she was 10 years old, she started raising money for cancer research.

Volunteers decline for fire department
As the fire department continues to expand its stations, programs and equipment, officials said they are grappling with a declining number of volunteer firefighters in the area - an issue plaguing departments across the country.

Republicans' and Democrats' cavalcades boost confidence
Democrats and Republicans took their messages to the streets Saturday, driving around town in separate cavalcades of cars festooned with political signs, ribbons and American flags to drum up support just days before the election.
Spending likely to top $9M in race for congressional seat
WASHINGTON - A late blitz of television, mail and telephone solicitations likely will push spending beyond $9 million in Connecticut's hotly contested 4th District congressional race.

Campaign countdown: Himes, Shays still on the trail
The race for the 4th Congressional District seat has dwindled to its last few days, and U.S. Rep. Christopher Shays and challenger Jim Himes seem to be everywhere, trying to attract the last few votes that could make the difference Tuesday night.
Route 7 study sparks debate on use of funds
The state budget office has been asked to release $10,000 to fund a University of Connecticut-Stamford survey to "understand residents' opinions" about completing the Super 7 expressway between Norwalk and Danbury.