STAMFORD - Fairfield County schools are unfairly evaluated as falling short of requirements of the No Child Left Behind Act, triggering punitive funding cuts and counterproductive requirements that make it more difficult to improve test scores, said Jim Himes, the Democratic nominee for Congress.

Despite threatening to quit the Planning and Zoning Commission, Republican Paul Marchese stood for re-appointment Monday night and was overwhelmingly approved for a new term by the Representative Town Meeting.

WILTON - Richard VanVoohries came from his North Stamford home to the Wilton Public Library last night in search of quiet - not among the stacks, but from state and local legislators who vowed to fight the Federal Aviation Administration's controversial flight redesign.

Some are grinning or making silly gestures, while others look more contemplative, lost in thought. Some invite the camera in for an image close-cropped and intimate, while others maintain a more traditional distance.

Police arrested two Port Chester, N.Y., men after it was discovered they had broken into several cars in the parking lot of 17 Armstrong Court Saturday night, according to a police report.

Dan Saldana, 23, of 75 Smith St. and Samy C. Cedillo-Munoz, 22, of 129 Touraine Ave. were taken into custody after police found Saldana in the driver's seat of a Toyota Camry with the car radio removed from the console, but the wires still attached, police said.

Two witnesses in the parking lot said they observed Saldana trying to remove the radio from the car, according to the report.

Police also located two additional vehicles in the lot with missing items, the report said. As police took Saldana into custody, he repeatedly yelled out for "Sammy," who police identified as Cedillo-Munoz.

Cedillo-Munoz was found sleeping in a nearby car which contained numerous electronic items in the back seat, according to the report.
Saldana was charged with third-degree burglary, conspiracy, criminal attempt, second-degree criminal mischief, third-degree larceny and interfering with an officer. He is being held on a $20,000 bail.

Cedillo-Munoz was charged with interfering with an officer, conspiracy and third-degree larceny, police said. He is being held on a $5,000 bail.

Both men are scheduled to appear in state Superior Court in Stamford on Sept. 22, police said.

Gary R. Frenz, 54, of 135 Theodore Fremd Ave. in Rye, N.Y., was charged with second-degree criminal mischief and disorderly conduct Saturday afternoon after police found he was involved in a violent argument with a passenger in his car, police said.

At approximately 3:25 p.m., police responded to 290 Railroad Ave. on the report of an assault where they later determined Frenz had been involved in a verbal argument inside his car while within the parking lot, police said.

According to the report, the victim inside the car attempted to reach a friend to give her a ride home, but before she could reach her friend, police said Frenz grabbed her left arm, pulled her toward him and ripped her cell phone out of her right hand, breaking it into two pieces, police said. After the incident, the victim pulled away and called police who arrived to find the victim had sustained redness and bruising on her arm, police said.
Frenz was arrested and released on a promise to appear in court. He is scheduled to appear in state Superior Court in Stamford on Sept. 22.

With the arrival of each new first selectman, Anthony "Tony" Belmont would always stop by, offering congratulations and assuring them that he would always be their eyes and ears in the community.

And that he was, for more than 58 years as the longest serving town employee.

"He said 'I'll be on the look out. If things go wrong, I will report back to you.' " That's just the type of guy he was," former First Selectman Tom Ragland said. " He was such a great guy."

Belmont, 79, a lifelong town resident who died Sunday of complications from a five year battle with pancreatic cancer, worked as the town's consumer affairs coordinator, out in the field each day, meeting with business owners and helping the public.

"He just loved this town and his job," said his wife Paula Belmont, who also works in the First Selectman's Office....

..."That was his saying. Like stay on top of things. Don't fall asleep on the job," said David D'Andrea, operations manager of Griffith E. Harris Golf Course

He was an avid sports fan and Chicago Cubs supporter. He enjoyed playing poker and spending time with friends, recalled his wife Paula Belmont.....

...Throughout his life Tony Belmont would always say to his family and friends, "Let's pull a Hank Snow and move out," Derene said. It never made sense to her, but it always made her family smile.

Her daughter told her, as she prepared the obituary, "It looks like Pop pulled a Hank Snow and moved out."

"We will miss him," Derene said.

Calling hours are today from 4 p.m. to 8 p.m. at the Castiligone Funeral Home, 134 Hamilton Ave.. A funeral Mass will be celebrated Wednesday at 10 a.m. at St. Roch Church.

For those who want to leave a note, there is a book set up at the First Selectman's Office, next to photos of Belmont, displayed on his wife's desk.

And We Will Cry If We Want Too.

Word on the Greenwich Blogosphere is that the hyper sensitive folks at Our Greenwich are royally ticked off at For What It's Worth for making fun of Susie's gossip column slated for the Post but perhaps you'd like to comment on the timeliness of a photo, posted today, of last May's memorial Day Parade.

But what do you expect from a bunch of ex-Greenwich Time staffers. The Greenwich Time has Always had an image of being uptight and hyper sensitive about there never ending screwups.

Listen if anyone should live in fear it is Greenwich Roundup, which is the King Of Butchering The English Language.

Personally, we at Greenwich Roundup live in fear that Chris Fountain At For What It's Worth or Bill Clark "The Scribe Of Greenwich" will say enough is enough and open a can of whip ass on Greenwich Roundup.

If you are going to be a citizen blogger on the Wild Wild West known as the internet, you are going to have to learn that this is not the gentle world of corporate media. In other words if you can't take the heat, Get The Hell Out Of The Kitchen.

Go see if you can write a little column for a free weekly like the Greenwich Post instead of trying to play with the big boys and girls blooging about Greenwich.

The Hyper Sensitive Ex-Greenwich Time staffers at Our Greenwich should suck it in and get down to business and start reporting on Greenwich already, instead of trying to get in little petty blogger wars.

Besides, Chis Fountain is way to sharp to take the bait.

Here is the Our Greenwich posting that has the ex-Greenwich Time Staffer's panties in a bind......

The folks at our Greenwich should drop they hypersensitivity bit and start producing original content like Chris Fountain does at For What It's Worth.

NOT subject property The builders are leaving tra ...

One of my favorite and wisest writers, James Lilek...

Pricing tip I'm aware of a certain house whose own...

It must be the Boston Globe's day here's a good bl...

35 Club Road This new construction in Riverside so...

Uh oh Five hours ago: Goldman Sachs expected to re...

Good Lord! A columnist for the Boston Globe who un...

Okay, here's some good news for homeowners If this...

And who's going to pay those taxes? Maybe not real...

Lehman price and volume charts Question for you tr...

This is the kind of stupidity that hurts the cause...

Please send your comments, news tips, photos and press releases to GreenwichRoundup@gmail.com
Posted by Greenwich Roundup at 9/16/2008 05:05:00 PM No comments: Links to this post 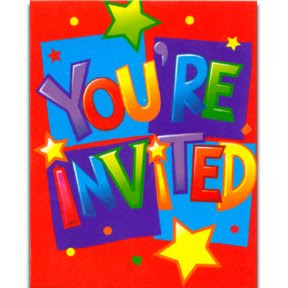 Please send your comments, links and press releases to GreenwichRoundup@gmail.com
Posted by Greenwich Roundup at 9/16/2008 11:40:00 AM No comments: Links to this post