Dean Trombetta was selected as treasurer.

12/03/08 25 Full Time School Staff Positions To Be Eliminated, Because Of The Millions Of School Dollars Wasted By Frank Mazza And His Band Of Idiots 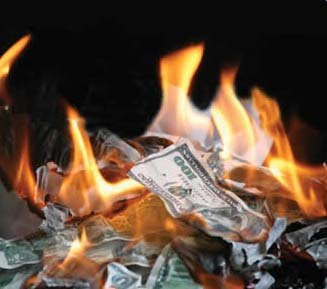 Frank Mazza And His Band Of Idiots Burned Through Millions Of Dollars In School Funds And Now School Employees And Students Must Pay The Price.

School employees and parents voiced objections Tuesday to the schools superintendent's decision to target staff positions for reductions under her 2009-10 budget proposal.
Board of Education members this month are vetting the superintendent's budget proposal, which calls for slashing the equivalent of 25.5 staff positions from the public schools to save roughly $1.5 million next school year.

"We're not happy about these cuts," said Greenwich High School PTA co-president Laurie Heiss-Grealy. While parents realize the need for budget reductions amid mounting fiscal woes, "we're not convinced that (staff cuts) are the thing to do.".......

.......cutting two of the district's 11 social worker jobs at the secondary schools will "have an impact on the rest of the staff" by creating larger caseload for the remaining employees, argued Senior Social Worker Mary Ann Murray.

Heiss-Grealy raised similar concerns about reducing guidance staff, particularly at a time when their counseling services, she said, will be increasingly vital for students affected by the financial crisis. ......

.....At $127 million, Sternberg's proposed budget for the 2009-10 school year is just a 1.6 percent increase this year's $125 million, which marked a much larger, 4.6 percent increase from the 2007-08 budget. The reductions are meant to comply with the town finance board's recent mandate that the school officials produce a leaner budget that includes a lower certified-staff-to-student ratio of 1-to-10.2, down from 1-to-10 this year.

......school officials have also proposed a wide range of cuts to programs and services, such as curtailing the purchase of additional Smart Boards at some secondary schools and delaying the next Harris Interactive School Poll, given to parents, students and school staff every two years, until 2011 - instead of 2010.......

12/03/08 Reader Submitted Comments: Cos Cob School Insider Reports That Ham Ave Kids Might Be Around For A While 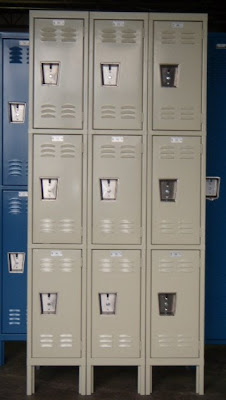 The Cos Cob School Insider Says......

"If there’s any doubt the kids are not moving this year, the BOE just delivered brand new lockers to Cos Cob School for the Glenville kids. I suppose they assume these kids have to get comfortable, for the long run."

But The Board Of Education Is Telling Greenwich Time Cub Reporter Colin Gustafson That ......

Former Reagan aide predicts smooth transition
Many stumble out of the starting blocks. Others find themselves running in place as if on a treadmill.
Full Story
Group pulls plug on Greenwich Avenue arts center project
After almost five years of trying, a local nonprofit group has withdrawn its proposal to establish a downtown arts center in the Havemeyer Building on Greenwich Avenue.
Full Story

Stamford woman sues Saks over termination
A Stamford woman formerly employed by Saks Fifth Avenue in Greenwich has sued the company over alleged racial discrimination that she claims led to her being fired.
Full Story
Parents object to school budget slashing
School employees and parents voiced objections Tuesday to the schools superintendent's decision to target staff positions for reductions under her 2009-10 budget proposal.
Full Story

Greenwich police officer honored
When a man in a stolen BMW came tearing down Interstate 95 at speeds exceeding 140 mph, Officer Carlos Franco was ready and waiting in his patrol car.
Full Story
Greenwich Audubon reports soaring hawk numbers
Audubon Greenwich officials have reported a steep rise in the number of broad-winged hawks and other raptors flying overhead as they migrate south for the winter in search of food and warm weather.
Full Story

Police blotter
Police are investigating a residential burglary reported Monday morning at 244 Davis Ave. Police said the homeowners reported the crime, telling officers that someone had entered their home between midnight and 9 a.
Full Story
Ready for a Replay: New Canaan routs Weaver to earn final vs. Darien
NEW CANAAN - Lou Marinelli paced around the 50-yard line prior to Tuesday night's CIAC Class MM semifinal game, tapping some players on the back, pulling others aside for a word of encouragement.

GE expects to hit low 4Q target
WASHINGTON - General Electric Co. said Tuesday it expects fourth-quarter earnings to be near the low end of its guidance and will take a charge of up to $1.
Full Story

When I was a teenager in Meriden, the baby boom had the city's two high schools, constructed only a decade earlier, bursting at the seams.

Maloney High School was in its original form during my freshman year, and things were pretty tight. Students were doubling up on lockers, and study halls had to be held in the auditorium and cafeteria.
By the time I was a senior, there were two new wings of classrooms, a gorgeous two-floor library, an Olympic-sized swimming pool, new bathrooms and office space and plenty of lockers to go around.
Students and teachers put up with a little extra noise and had some classes relocated within the building during construction, but in less than two years we had a bright, shiny, functional school, big and modern enough for all comers.
The same successful renovation happened across town at Platt High School, a virtual twin of Maloney, at the same time.
I thought of my high school experience as I read reporter Colin Gustafson's latest story on delays in the Hamilton Avenue School renovation that may add even more months to its long-overdue completion.
The word boondoggle is hardly strong enough to describe the Ham Ave. project, a public building disaster that should forever change the way Greenwich handles major construction endeavors.
Now two years late on its original 18-month completion schedule, the recent revelation of ventilation problems in the renovated building could mean that Ham Ave. won't be habitable until April. That's four years after the project began.
In the meantime, students were herded into modular classrooms parked on school grounds and eventually dispersed to other buildings throughout town when mold was discovered in the modulars.
With all those distractions, it was no wonder that scores on their mastery tests tanked a few weeks after the Diaspora.
Everyone involved in the Ham Ave. project should feel some sense of responsibility for putting these poor kids in a situation where they were bound to perform below their potential. This includes the school building committee, the administration, the Board of Education and the project's general contractor.
All have been inept in performing their roles in the school's renovation; collectively the lack of competence is astounding. You'd like to think that one person or group's inadequacies would be made up by the higher-level performance of another person or group. In the case of Ham Ave., you'd be wrong.

Last summer's vacuum of information about the school's readiness and its near-daily unfulfilled deadlines formed an absurd comedy. Further delays into the fall and perhaps to next spring are simply sad and discouraging.
Let's hope, though, that this whole process will be taken as a lesson by the town government and Board of Education.
Processes must be in place, responsible people on the job and accountability absolutely demanded from everyone the next time Greenwich embarks on such a critical project.
Buildings can be completed on time, and disruptions to the stakeholders kept to a minimum. I saw it happen when I was in school. Too bad the kids at Hamilton Avenue haven't been as lucky.

12/03/08 Reader Submitted Comments: What is up with Greenwich? 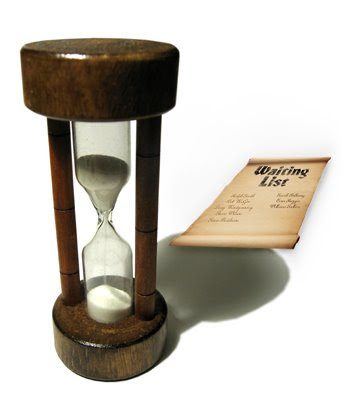 Teachers are taking up slots for YMCA child care?
Are they even residents of Greenwich?

Why does life in Greenwich in remind me of an adult redition of WHAT'S WRONG WITH THIS PICTURE??????

The newspapers report on nothing. The Greenwich Post is a joke, the Greenwich Times is a joke. Who can possibly take any article seriously?

The Greenwich YMCA seems to be the exception to every rule of fairness and dignity because Rebecca Fretty makes half-assed decisions.

Teachers are taking up slots for child care? Are they even residents of Greenwich?

The Mayor of Stamford is going to read poetry in Greenwich. This "OUR TOWN" is now Stamford"s TOWN, as well? Our Greenwich is anybody's Greenwich? Since when? Why is the Mayor of Stamford crossing the border again??? Is there another gorgeous party in the works at the Hyatt???????

Why is our news packed with people who don't live in GREENWICH??????

The Greenwich Board of Ed and many RTM members are incompetent. Whoever voted for these people should be severly flogged..... publically.

I say, let's use that sausage, make sausage whips, and line 'em up. And beat some sense into these stupid screw-ups. If you pack the casings tightly enough....it can definately gcat someone's attention. Or, at least. cause a welt...

Hey Brian, is that you turning the crank on the sausage stuffer? I know that arm.....it's yours!!!!!!

Another day in Greenwich and I'm going to jump off St. Mary's bell tower.....except, when I do, I really will. I won't be writing about it on MY GREENWICH for sympathy and faux-IMPACT.

Though just before I leap, Greenwich Roundup can have the exclusive.

And To All A Good night

WOW, I Am Impressed With How Closely You Follow Every Word And Picture Posted In Greenwich Roundup.

I Almost Felt That I Should Have Posted Links To All Of The References You Made To This Blog and The "Our Greenwich" Blog In Your Email.

First Of All, I Would Like To Say,Please Don't Jump Off St. Mary's bell tower.

Second Of All, Are You Pulling My Leg, Is Stamford Mayor Dan Malloy Comming To Greenwich To Read Poetry?

Lastly, I Must Tell You That The YMCA Did Return My Phone Call, But I Was Away From The Phone. So I Will Later Try And Call The Greenwich YMCA And Ask Them If It Is True That Y Families Could Be Pushed 60 Slots Toward The Bottom Of The Childcare Waiting List.

You Make A Very Good Point That Out Of Town Teachers Could Be Taking Slots That Were Promised To YMCA Families Who Have Been Patiently Waiting For Their Turn To Be At The Top Of The Childcare List.

I Will Ask About This And Report Back To You.

Non-ADA Compliant YMCA Will Continue To Discriminate Against The Crippled Of Greenwich, But Will Offer Daycare To Greenwich Teachers

.....Shouldn't have Greenwich Time Cub Reporter Colin Gustsfonson made a few phone calls and asked a few questions before publishing this one sided press release?