None Detected
Please send your comments, news tips and press releases to GreenwichRoundup@gmail.com
Posted by Greenwich Roundup at 6/12/2010 03:25:00 PM No comments: Links to this post 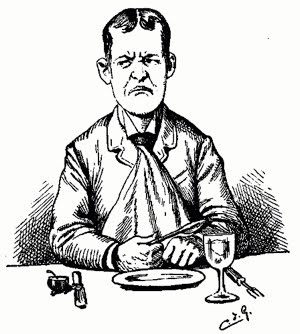 You Wont Read This In The Greenwich Time ....
Hearst Newpaper Reporter Anne "Puff Piece". Semmes Would Never Interview Marva In Her Senority Column At The Greenwich Citizen

Dirty Work at the Senior Center

There are days when your scribe is ashamed to be a citizen of the Town of Greenwich. Today is one of them.
For this morning Marva, one of the Town's most dedicated and hard-working employees, who for many years has prepared and served many tens of thousands of tasty home-cooked meals to the folks at the Senior Center, was summarily fired. Laurette Helmrich and Sam Deibler marched into the kitchen together and demanded her keys. She was told to put her personal effects into a cardboard box, and to leave the building and not come back.

As a Town building, the Senior/Arts Center is open to anyone and everyone during its regular hours. Marva, who also happens to hold a part-time job in the building with a private non-governmental agency, has as much right to be in the building as anyone else. Laurette and Sam's high-handed behavior is a textbook example of a lawsuit in the making.

As for Marva, she is in shock. She has worked for the Town for decades, and is only a year or so away from being eligible for her pension. Do you think something may be rotten in the Town of Greenwich, dear reader?

Marva is one of the most competent and dedicated workers this Town has ever seen. The seniors adore her. If the Senior Center were still under the purview of the Parks & Rec Department, this would never have happened.

But things changed. The Commission on Aging took it over. Laurette, who came to the Senior Center from Nathaniel Witherell, has been agitating for several years to bring in the same commercial for-profit food service company used by the nursing home, and to get rid of the independent Town of Greenwich employee Marva and her smoothly-running operation. Recently, food service executive types in fancy suits have been prowling around the Senior Center, sniffing out and scenting a new source of revenue in the offing. And sure enough: it was recently announced that they will be taking over Marva's operation on July 1.

The price of the new portion-controlled assembly-line meals will jump 33%. The quality will almost assuredly go down--how can you improve on Marva's home cooking? But Laurette and Sam will no doubt have earned the gratitude of the food service honchos for their help in landing this profitable new contract, and if the seniors get the short end of the stick, well, they're not exactly the most vocal or powerful constituency in Greenwich, are they?

It's too bad that Charles Dickens is no longer around to roast the Town of Greenwich for this despicable and rotten behavior towards Marva, not to mention the many people for whom her cooking has long been their main meal of the day. But he's not, and his type of righteous indignation is not considered fashionable in this Town these days. Probably most people in Greenwich will simply shrug their shoulders and say, so what?

But if there are any people out there who happen to believe that what happened to Marva this morning is shameful and wrong, here are the names of your neighbors who are in charge of this fiasco:


Oh, and you might consider calling or emailing the Board of Selectmen as well. Peter Tesei, Dave Theis, and Drew Marzullo can all be reached at http://www.greenwichct.org/ --just click on "Board of Selectmen" at the right margin on the home page.

In a perfect world, Marva would be re-hired, and Laurette and Sam would be the ones told to put their personal belongings into a box and get out. And the greedy for-profit food service people would be told to get out and stay out. But Greenwich, Connecticut is far from a perfect world, and today it has become markedly less so. 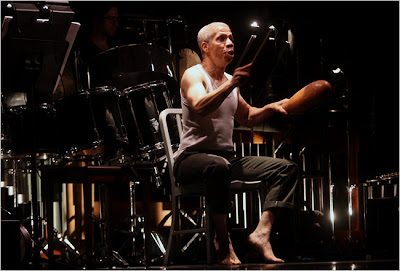 By VIVIEN SCHWEITZER
RIVERSIDE, Conn. — “Is Greenwich ready for bestiality?” a well-dressed woman said during the intermission of Hans Werner Henze’s “El Cimarrón” (“The Runaway Slave”), which opened on Thursday evening at the Theater at St. Catherine of Siena in the Riverside section of Greenwich.

She was referring to indecent acts committed by Esteban Montejo, the real-life slave of the title, who lived alone in the forest for years after escaping the Cuban sugar plantation where he was born in 1860. Bestiality aside, a Catholic church in this leafy hedge-fund homeland might seem an unlikely place to stage a rare revival of Mr. Henze’s anti-priesthood, anti-American, anti-capitalist ode, the major event of this year’s Greenwich Music Festival.

But the enthusiastic reception awarded Ted Huffman’s excellent new production of the work demonstrated the open-minded attitude and artistic freedom often denied Mr. Henze, 83 — still an active composer and member of the Communist Party in Italy, where he has lived for more than 50 years. His left-wing politics and homosexuality made life difficult in Germany, his native country. His music also initially received a hostile welcome, deemed too expressive for the postwar avant-garde but too thorny for general consumption.

Mr. Henze wrote “El Cimarrón,” a striking musical theater work, in 1970 while living in Cuba. It is based on the “Autobiography of a Runaway Slave” by Miguel Barnet, who conducted extensive interviews with Montejo. After hiding in the forest, Montejo fought in the Cuban War of Independence in the late 1890s, saw the transition to Castro’s government and died at 113 in 1973.....

“El Cimarrón” continues on Saturday and Sunday at

Greenwich News - June 12, 2010
Church to show IMAX film at Tent Weekend (Thehour)
GREENWICHThe annual tent weekend is under way at Second Congregational Church, 139 E. Putnam Ave.Tonight's events starting at 8 will feature Movies Under the Tent with the IMAX film "Under the Sea" and film shorts shown in the tent that has been set up on the green behind the church.

Matt Damon - Matt Damon's Standing Naps (ContactMusic)
Matt Damon is reportedly capable of sleeping while standing up, much to the astonishment of onlookers at a recent charity event.
Senate passes bill, 5 years after Greenwich man's disappearance (NewsTimesLive)
"We look to this year's anniversary of George's death with much sadness, but also with hope that after the Cruise Safety Bill is passed into law, future passengers that may be victims of crime on cruise ships will obtain justice," Bree Smith, 35, said in an e-mailed response to questions from Greenwich Time.
Investors excited to hear Mack (NewsTimesLive)
Consuelo Mack, anchor and managing editor of the PBS show a oeConsuelo Mack WealthTrack," will address the Connecticut chapter of the American Association of Independent Investors on June 21 at Giovannia s Waters Edge Restaurant, 2748 Boston Post Road Darien.
The Rev'd Dr. James "Jim" Lemler speaks to the occasion (Greenwich Citizen)
The newly instituted ninth rector of Christ Church Greenwich, the Rev. Jim Lemler, wears his new chasuble vestment, which was designed and made by parishioner Mieke Knight.. Photo: Contributed Photo / Greenwich Citizen Nobel Peace Prize winner Archbishop Desmond Tutu, who retired in 1996 as head of the Anglican Church of Southern Africa, had his ...
More Greenwich News From
The Greenwich Topix Message Board .....
Seniority by Anne W. Semmes: Kay Langan (Greenwich Citizen)
Do you live in Greenwich? I've lived in Greenwich since 1953. Are you married? Yes, to Michael Langan , 64 years in August, when I was 20 and Mike was 23.
Ikea blinds, shades recalled over hazard (CBC)
Various Ikea blinds are being recalled because they pose a strangulation hazard for children.
Arrests (Norwalk Citizen News)
Tyshawn Neal, 29, of 816 North St., Bridgeport, was charged Tuesday with second-degree breach of peace and risk of injury to a minor.

Please send you comments, news tips and press releases to GreenwichRoundup@gmail.com
Posted by Greenwich Roundup at 6/12/2010 06:16:00 AM No comments: Links to this post

06/12/10 Another one of Mark Zuckerberg's victims steps forward

FACEBOOK was not mark zuckerberg IDEA it was not chis or dustin IDEA and not cameron and tyler winklevoss and it definitely was not Aaron Greenspan it was DAVID dave was in contact with dustin and chis about MY idea facebook ...I was in contact with mark zuckerberg mark had an idea mashaball?? but facemash was a better idea facemash was my idea ..but zuckerberg was a rat and was dustin and chis room mate ? so i went to cameron and tyler winklevoss about my idea facebook but the rat zuckerberg HACKED into connect and befriend the winklevoss and shut dave out and stole the platform ....created a fake account filled with fake information so dave log a complaint to the FBI on mark zuckerberg ..so dave went to aaron greenspan who was running website at harvard and asked him to run facebook on his website which he agreed to do so but he is a rat to ...i will take a LIE DETECTOR test................ divvey@windowslive.com
=============================
Please send your comments, news tips and press releases to GreenwichRoundup@gmail.com
;
Posted by Greenwich Roundup at 6/12/2010 01:42:00 AM No comments: Links to this post