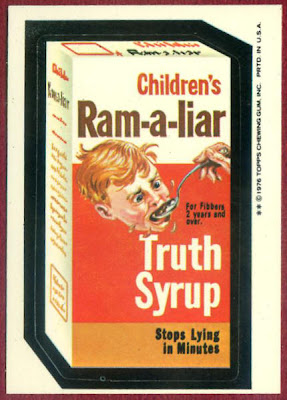 No Reporter's Byline, Because Cowardly Hearst Newspapers
Printed Word For Word What Town Hall Gave Them

ONCE AGAIN HEARST NEWSPAPER REPORTERS
HAVE SHOWN THAT THEY HAVE NO JOURNALISTIC BALLS
ANY FOOL CAN CHERRY PICK A BIG FAT CRIME REPORT
Why Not Compare Crime Statistics Year To Year And Even Go Back A Few Years?
What is this B.S that we are only going to compare the 1st Quarter of 2009 with the 1st Quarter of 2008?
Why didn't Greenwich Police Ridberg only compare the last quarter of 2009 with the last quarter of 2008?
Could it have been all of those burgularlized Greenwich Homes?
In 2006, There Were Only 58 Burgularies And 10 Roberies In Greenwich.
Greenwich Roundup Would Like To Report On More Current Numbers, But Greenwich Police Chief David Ridberg Has The 2007 And 2008 Reports Under Lock And Key.
Last Summer Greenwich Police Chief David Ridberg Tried To Cherry Pick The preliminary FBI Report For The Town Of Greenwich In A Story Written By Hearst Newspaper Crime Reporter Martin Cassidy
The Greenwich Time Headline Screamed
"Crime drops in town"
However Greenwich Roundup Pointed Out That.....
06/24/08 Last Year Aggravated Assaults In Greenwich Shot Up 46%
At That Time Greenwich Police Chief David Ridberg admitted that he's prematurely rushed out the numbers and they are not really ready for prime time....
Ridberg told Hearst Newspaper Crime Reporter Martin Cassidy that he is still analyzing some of the data, and that a final version of the report is expected later in 2008.
Ridberg Never Released The Final Version
On More Than One Occassion Greenwich Roundup Has Had The Journalistic Balls To Point Out How Hearst Newspapers Are Giving Greenwich Police Chief David Ridberg A Free Pass.
PLEASE SEE:
01/20/08 Greenwich Time News Links
Byram residents and merchants push for police substation to prevent crime
Those who live and work in Byram are rallying behind the idea of adding a police substation next to the Byram Volunteer Fire Department.
....they don't spend enough time here," said Fingold, who has run his shop on the corner of two busy Byram streets for over five years.
Nancy Ugrinaj, owner of Fuzari's Pizzeria, at 226 Mill St., agreed a substation would bring peace of mind to the community, which police said is vulnerable to crime due to its border with Port Chester and its proximity to New York City and Interstate 95.
"Just in case of an emergency, it would be a good thing," said Ugrinaj, who has owned the pizzeria for three years....
...."Byram is always the last to get attention," said Merchant.....
COMMENT:
The Greenwich Time Reporters Who Work For Hearst Newspapers Don't Have The Journalistic Balls To Go To Greenwich Police Chief David Ridberg And Say, "Hey Chief, What Happened To Those Crime Statistics You Promised The Taxpayers Of Greenwich?
Greenwich Time Reporters Don't Have The Journalistic Balls To Hold Chief Ridberg Accountable To The Single Family Homeowners Of Greenwich.
When CT Senator Chris Dodd Promised And Did Not Deliver Documents To The Public About His Countrywide Loans Wall Street Journal Reporters Had The Journalistic Balls To Say,"Say Hey, Chris Where Are Those Loan Documents."
PLEASE SEE:
Waiting for Dodd
Wall Street Journal
We've got some leftover business from the 110th Congress -- namely, Chris Dodd's July 2008 promise to release the details of his sweetheart loans from ...
Wall Street Journal Eyeballing Dodd's Promise
Hartford Courant
Chris Dodd's now-venerable promise to release documents pertaining to his 2003 mortgages with Countrywide. This newsprint icon of commerce reminded its ...
But The Cowardly Greenwich Time Reporters Are Afraid Of Greenwich Police Chief David Ridberg, Because He Is Thin Skinned And Uses Police Resources To Retaliate Against Critics.
Time And Time Again, Greenwich Residents Have Heard Police Chief Ribderg Go On Local Radio Station WGCH And Repeatedly Attack Attorney Lindy Urso, Greenwich Roundup And Others.
Now The Stamford Police Chief Is A Real Straight Up And Honest Man Who Released His Towns 2008 Crime Report, Even Though It Contained Some Bad News.....
Stamford Crime Rate Up - WSTC/WNLK Local News on wstcwnlk.com

WSTC/WNLK Newsroom @ January 28, 2009 12:41 PM
According to a preliminary FBI report, the city of Stamford has endured a 32% rise in violent crimes for the first half of 2008 in comparison to the first half of 2007.This data comes despite a nationwide statistical drop in violent crimes.
Police Chief Brent Larabee has expressed surprise. Lieutenant Sean Cooney, lead department spokesman says it's necessary to place the numbers in perspective, saying that despite the increase, the number is still relatively low given the cities 100,000 plus population. Cooney also mentioned that the economic conditions will probably see the numbers continuing to rise. He pledged, however, that the department will continue to fight crime will all of their resources despite the need for more officers.
Why Can't Greenwich Police Chief David Ridberg Be As Straight Up And Honest As Stamford Police Chief Brent Larabee
Police Chief David Ridberg Should Stop Pussy Footing Around And Hold Himself Accountable To The Single Family Homeowners Who Have Yet To Be Burglarized In Town.
It Is Time To Release The Full Greenwich Crime Report Warts And All
By The Way:
Have You Noticed How WGCH Stopped Using Freedom Of Information Requests To Get To The Bottom Of A Greenwich News Story Once Jim "The Voice Of Greenwich" Thompson Was Let Go.
Has Tony Savino At WGCH Even Had A Breaking News Story In The Time That Jim "The Voice Of Greenwich" Thompson Has Been Gone.
If WSTC/WNLK Was Based In Greenwich They Would Probably Have The The Journalist Balls To File A Freedom Of Information Request And Scoop The Clueless Hearst Newspaper Reporters Who Are Afraid To Ask Ridberg For A Copy Of The Crime Index Report.
Unfortunately WGCH's Tony Savino Is Content With Just Reading The Greenwich Time On Air Day After Day After Day After Day.....
Next Monday Morning WGCH Reporter Tony Savino Will Probably Be Reading This Greenwich Time Story.....

Greenwich couple friends since age 13
At their middle school in Lawrence, Long Island, Richard Granoff and a then-Jill Goldberg were always seated together alphabetically.......
THE RAW GREENWICH NEWS FEED CONTINUES.......
Norwalk stretch of I-95 most dangerous
Connecticut Post
New Haven had the second-largest number of crashes, 582, in 2007, followed by Stamford (579), Greenwich (576) and Milford (564). ...

Congressman to stop for coffee Saturday
Greenwich Post
4th District U.S. Congressman Jim Himes will hold community coffee hours in Greenwich, Bridgeport and Norwalk this Saturday. The public is invited to this informal session. No appointment is necessary, and residents are encouraged to drop by to share their thoughts, ideas and concerns with the congressman. .....

'Coffee time' talks tackle tough subjects
The Hour, CT
He also listened to the concerns of residents at Take Time Cafe in Bridgeport and Arcadia Coffee Shop in Greenwich. Most people who attended the event in ...
Greenwich couple shares an enduring love despite early adversity
Greenwich Time
Eugene Moye was nice enough, but Rusty Moye couldn't stand her future husband after taking one class with him at a New Britain teacher's college in 1948......

Serious About Cuts, Cap
Hartford Courant
William H. Nickerson, a Greenwich Republican, was elected to the state House of Representatives in 1986 and the state Senate in 1990. ...

Stopping By On Way To Greatness
Hartford Courant
Lewis E. Lehrman of Greenwich is chairman of The Lincoln Institute ( http://www.abrahamlincoln.org/ ) and author of "Lincoln at Peoria: The Turning Point. ...
Greenwich seniors get some karaoke lovin"
GREENWICH TIME
It's not Valentine's Day without a little karaoke. That's what Three for the Road, a traveling trio of karaoke pros, told some 40 residents of The Mews senior-living facility Friday during a Valentine's-themed concert.
Bail raised for crash suspect
GREENWICH TIME
A judge increased bail to $200,000 Friday for a Colorado woman charged last month in a hit-and-run accident that killed two town librarians and arrested again this week on suspicion of driving with a suspended license......