Too much to say, here. I can't get past the Greek name. I have one also, am Greek Orthodox and feel strongly about this. Where does this guy get his Spiritualism from? God has NOTHING to do with this!

Moreover, I am jumping on the bandwagon and accusing the newspaper reporters of a lack of thought, ingenuity, initiative, motivation, proper understanding of their job. . . . . .up to the national and world level.

Let's get journalistic minds who care about the job, the people, and not getting off work early or even their salaries.

Please send your comments, news tips and press releases to GreenwichRoundup@gmail.com
Posted by Greenwich Roundup at 6/18/2010 03:46:00 PM No comments: Links to this post

Verizon to Offer FiOS TV in

Residents of the Town of are a step closer to having choice for their cable television service. On June 07, 2010 the Connecticut Department of Public Utility Control issued a Certificate of Video Franchise Authority (CVFA) granting Verizon the authority to offer FiOS TV service in .

Verizon has informed the Town that they plan to begin offering FiOS TV in the fall of 2010, to residents and businesses located in areas where the activated FiOS network has been deployed.

Residents can also check availability and sign-up to be notified when the service is available. 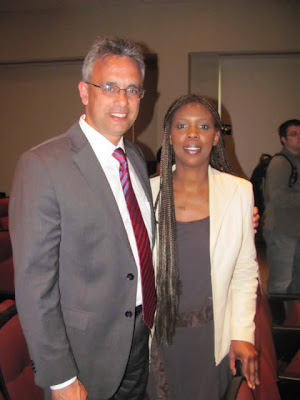 Star Parker is a nationally recognized Conservative leader, political commentator, and author.
Rick Torres Says ....
"Star and I have a shared background and a common message. We both suffered under the welfare state and with hard work and some luck both of us were able to join the free and prosperous economy that most Americans take for granted. Like me, Star understands that capitalism creates wealth and that government destroys wealth. Wealth grows the economy and creates jobs, a concept lost on Jim Himes and Nancy Pelosi. "
Rick Torres Continues ...,

"I am running for Congress to demonstrate that authentic American conservatism is the truest form of 'social-justice.' For too long my native Bridgeport has been held in bondage to the socialist experiments of the Democratic Party. As a Congressman I will work to end schemes of wealth redistribution and liberate my city of Bridgeport from the clutches of the Democratic Machine. With Star Parker's endorsement I am all the more confident that I will beat Jim Himes and that I will have a chance to serve the people of Connecticut. "

Rick Torres has made a lot of progress in a short period of time, but his campaign still needs contributions and financial help to restore the first principles of this exceptional nation.
==============================
Please send us your comments, news tips and press releases
Posted by Greenwich Roundup at 6/18/2010 12:33:00 PM No comments: Links to this post

06/18/10 Dan Debicella for Congress: Please Contribute If You Are Unhappy With Washington 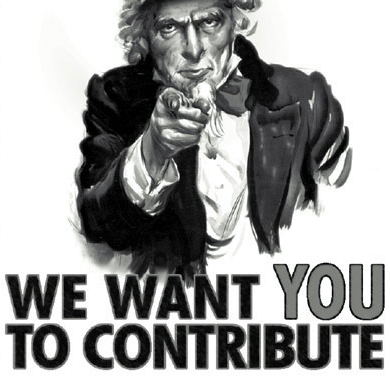 If you have opened this e-mail, you are dissatisfied with Washington DC and the policies of Jim Himes and Nancy Pelosi. I need your help with a donation by June 30th to get our country moving in the right direction-- whether in creating jobs, eliminating our unsustainable deficit, or improving quality of life for Fairfield County families.

Why June 30th? Because the national GOP has made us one of forty "targeted races" nationwide. The national GOP will give us significant financial resources in the Fall if we continue to meet their goals for fundraising.

We need to raise another $50,000 by June 30th to reach our quarterly goal. Would you be willing to make a donation? Any amount helps us-- from $50 donations all the way to $2,400. If everyone receiving this e-mail would make a first or second donation to the campaign, we will reach out goal.

You donate online or by personal check:

Doing nothing with this e-mail will only help Jim Himes-- and help Nancy Pelosi become Speaker of the House again. So many of you have been so generous with the campaign already, but we need your continued support to remain a targeted race by the national GOP.

Together, we will get our nation moving in the right direction again. 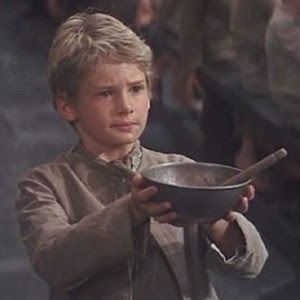 One of the best meals long-time chef Marva Savariau used to make at the Senior Center was her roast turkey luncheon. She was scheduled to serve it again this past Monday, but, as we all now know, she was rudely and summarily fired the Friday before. What actually happened at Monday lunch is an interesting object lesson in how quickly and how far things have suddenly spiraled downhill at the Senior Center.
Instead of the real bird fresh out of the oven, fit for a Thanksgiving table and carved in front of your eyes—"Would you like a drumstick? White meat? Dark meat? Some of each?"—it was a tasteless commercial deli loaf fed into a slicer. A few thin slices, topped with smarmy white gravy out of a can instead of the rich brown giblet gravy Marva used to prepare—that was what you got. And the desserts, instead of being the usual homemade pies and cakes and bread puddings, were either a tiny serving of jello with a little Redi-Whip on top, or six pieces of uninspired canned fruit. It was a mockery of what Marva had planned for Monday’s lunch, and she would have died of shame before she would ever have served such unspeakable slop to her beloved seniors.
But that is the way of the future, dear reader. Pay more, get less, and shut up. The way things are going in this Town, the seniors are lucky to get anything at all. And next year…who knows? If the commercial food service isn’t making enough profit on their chintzy meals, they may just bail, and leave the seniors foodless. Why should Morrison Senior "Living" care? They will have milked their ill-gotten contract for all it was worth, and then moved on to do the same thing to some other unsuspecting town up the line. It’s the American way, after all. Get what you can before the truth catches up to you, and then set up shop somewhere else. It’s just like the Duke and the King in Mark Twain’s Huckleberry Finn. There’s always a bunch of greater fools two towns over.
Meanwhile, dear reader, we here in Greenwich are at present the greater fools. We took an operation that wasn’t broke, and was actually working very well, and we “fixed” it. Your tax dollars at work, dear citizen. We screwed ourselves, not to mention a faithful long-time Town employee, are enriching a greedy outside corporation, and will eventually be left holding the bag. Gee. We should be really proud of ourselves. Isn’t Greenwich great?
More From Bill Clark
The Scribe Of Greenwich:
Please Also See:

Please send your comments, news tips and press releases to GreenwichRoundup@gmail.com
Posted by Greenwich Roundup at 6/18/2010 07:57:00 AM No comments: Links to this post