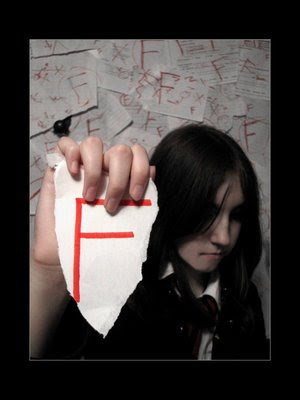 The Greenwich Board Of Education voted 7-to-1 to reappoint Nancy Weissler as board chair, with Marianna Ponns Cohen casting the lone opposing vote.

The Greenwich BOE also voted unanimously to re-elect Leslie Moriarty as board vice chair, while also approving member Michael Bodson to take over for Steven Anderson as board secretary.

So Michael Bodson, Leslie Moriarty And Nancy Weissler Will Still Continue Destroying Our Schools Until The Next School Board Election.

Michael Bodson, Leslie Moriarty And Nancy Weissler Are Hoping That The Greenwich Citizen, Greenwich Post And Greenwich Time Will Continue Not Reporting About Their Repeated Failures.

Let's See If The Mainstream Media Reports About These Reappointment's This Week. 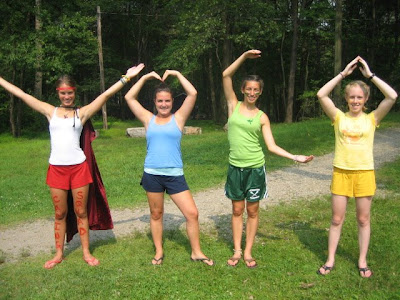 Young man, there's a place you can go.
I said, young man, It's in a another town though.
You can use a ramp there, and I'm sure you will find
Many ways to have a good time.

They have a new 40 Million Dollar Pool to enjoy,
All you have to do is walk inside the door ...

Get someone to carry you in, and you can have a good swim,
The Greenwich YMCA Board doesn't Care how you feel ...

No man does it all by himself.
I said, young man, put your pride on the shelf,
And let them carry you into to the Greenwich Y-M-C-A.

And Now A Letter From One Of Our Readers:

I saw some great posts under Topix re; the Greenwich YMCA.

However, the facts are not clearly presented and I want the Greenwich residents to understand them, as they are.

The Greenwich YMCA has never been handicapped accessible, and out of all the other YMCAs in Darien, Stamford, New Canaan, and beyond-that is the only facility who somehow avoided THE LAW requiring it. And FYI, both Darien and New Canaan did a similar renovations just recently. And both of these YMCA;s bend over backwards for the handicapped/elderly, and those unable to use stairs. They even have their own locker room, located at the front of the building..w/ special showers,lower sinks, wider doors,etc.

See, Darien and New Canaan town officials do their job. The YMCA staff and board made it a priority. YMCA, represents more than just four letters in these 2 towns. Christian is the operative word.

This temporary $17, 000 ramp doesn't need to create excuses either.. In Darien, we have a portable, adjustable, temporary aluminum ramp which allows paddle tennis players at Weed Beach access to the courts. I play paddle all the time, and we do not have one current player who uses the ramp...and haven't in 4 years. But there it is, not being used.

If Greenwich wants to borrow it, it may be a possibility eliminating the "cost issue" in court. I have many friends at town hall, and I do not see any reason the Town of Darien would hesitate to help out this man who is training for a triathlon.

See, the need to prove being right should never be at the expense of an innocent person. The YMCA is pissed at the negative publicity THEY CREATED....not about the man who needs the ramp. It is the SOS w/the Same Ole Assholes who just DON"T GET IT.

Ms. Fretty-if you are ever on crutches, you see how stairs are actually dangerous. You will have lawsuits up your kazoo. How you can walk in the Greenwich YMCA and expect any respect is beyond me. My guess is the Town of Greenwich is on to your shallow, and equally inept skills in running any public facility.

Mrs. Sullivan, who wrote in Greenwich accepts the handicapped just like they are regular people???? Even the churches welcome them????? The schools????? Your email proves my point. Greenwich residents DO ACCEPT all the different people, including the handicapped. The YMCA and you, do not. Your statement reflects you have no idea how to prove a basic point, and you accomplished the opposite. Don't even bother trying...you just make yourself look like an idiot.

Helping someone is good just because it is good, and it is right. When you help, you feel like you did something with the right intention. That's all. The reward is going to be the look on the faces of the many people finally able to see PROOF they were viewed as equal by their peers. And that can make a persons day...on both sides.

I expect the judge will see it this way...and the Greenwich YMCA can pick up all the legal fees on this one.

Darien Resident.
Please send your comments to GreenwichRoundup@gmail.com
Posted by Greenwich Roundup at 11/20/2008 11:45:00 PM No comments: Links to this post

11/20/08 Rookie Reporter Friedman Once Again Reguritates A Town Press Release And Only A Town Offical Is Quoted. There Is No Other Side To The Story. 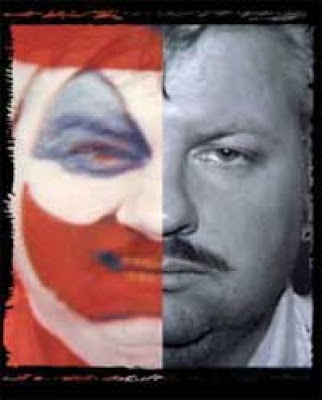 The suit, filed in 2006, alleges that the six black and two Latino plaintiffs have been denied equal opportunity to advance to jobs such as detective, accident investigator and SWAT team member because of bias.

In recent weeks both sides made arguments on the motion, which asks Judge Mark Kravitz to reject the suit because, according to the town, there is insufficient evidence to support the allegations.

Bridgeport-based attorney William Wenzel, who is the town's lead attorney on the case, submitted a 15-page brief in support of the motion.

"There is no evidence that any person receiving a complaint had any policy-making authority at all," Wenzel wrote.

However, the plaintiffs maintain that the evidence has been presented on many occasions.
"The defendant's failure to maintain written standards or criteria for appointment to specialized units or the detective bureau and the lack of paper trail or documentation with respect to such decisions have permitted the defendants decision-makers to permit discrimination and/or retaliation to play a factor in the decision making process," wrote Lewis Chimes, the New Haven-based lawyer for the eight officers.

There is no scheduled date for when Kravitz might make a ruling on the motion.

Greenwich Time Rookie Reporter Debra Friedman Needs To Learn That There Are Sometimes Two And Three Sides To A News Story.

Debra Friedman Collects A Full Paycheck From Hearst Newspapers, But Delivers A Half Baked Story To The Greenwich Time. 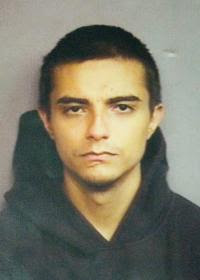 Expected to be sentenced to 40 years in jail

STAMFORD - The city man accused of stabbing his 21-year-old ex-girlfriend to death at the Sheraton Hotel last year pleaded guilty Thursday in state Superior Court in Stamford to murder and other charges.
Greenwich nanny's death saddens friends
Andrea Catalina Reinoso-Bueno will always be remembered by her friends and family as a selfless, hard-working person who was always laughing.


Area governors seek US aid for Wall St. workers
In a sign of the times, the governors of Connecticut, New York and New Jersey have banded together to ask for help.
Greenwich judge rules in family dispute
Probate Judge David Hopper has ruled that an 85-year-old former Michigan woman should be returned to her home state and her lease at an assisted care facility terminated.

Sister: Norwalk WWII airman was 'handsome devil'
NORWALK - Sixty-four years after the Norwalk native was shot down during a bombing mission over Nazi-occupied Europe, Staff Sgt.
Delegation welcomes Himes to Washington
WASHINGTON - Democrat Jim Himes was welcomed Wednesday to the U.S. Capitol by his six Connecticut colleagues who pledged to work together in the 111th Congress for the benefit of their home state.
================================================================
Please send your comments to GreenwichRoundup@gmail.com
Posted by Greenwich Roundup at 11/20/2008 10:00:00 PM No comments: Links to this post

Please send your comments to GreenwichRoundup@gmail.com
Posted by Greenwich Roundup at 11/20/2008 09:58:00 PM No comments: Links to this post