04/01/09 RECESSION BUSTER: Why Pay Seventy Five Cents For Tomorrow's Greenwich Time When You Can Get It Online Tonight For Free 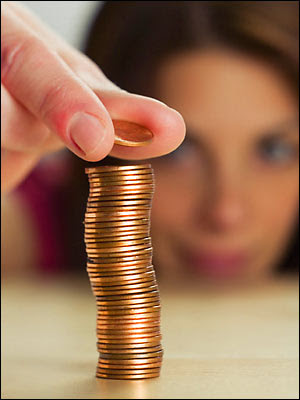 What Kind Of A Moron Would Pay Fifty Cents To Read This .... This Collection Of News Stories Isn't Even Worth Fifty Cents
Yankee train service starts next month
NEW YORK -- Catching a ride to see Derek Jeter and other pin-striped stars should get easier late next month, after Metro-North Railroad puts the finishing touches on a station linking Connecticut riders directly to Yankee Stadium.
Naval aspirants prepare for rigors of basic training
While other swimmers splashed noisily nearby, a half-dozen young men were gliding silently below the surface, slicing through the water in a sideways position, as a clipboard-carrying instructor took notes on their performance.
Schools weigh options for budget cuts
Potential wage freezes, costlier health plans for staff and larger class sizes are among the belt-tightening measures the school board may consider as it looks for ways to further offset a projected shortfall in next year's schools budget.....

Advocates make plea to save Avenue tree
An oak tree on Greenwich Avenue has survived years of urban stress and, now, it should be allowed to escape the chain saw, tree advocates argued during a hearing Wednesday at Town Hall......
Pathways receives $405,000 from state
The expansion and renovation of a two-decade-old building that houses adults suffering from mental illness has received a $405,000 boost from the state.....

In recognition of the Jewish Sabbath, the graduation ceremonies are being
held one hour earlier this year, at 5:00pm. If there any concerns please
contact the Headmaster's office.

Please send your comments and press releases to GreenwichRoundup@gmail.com or click on the comments link at the end of this post

04/01/09 You Wont Read That Greenwich Resident Walter Noel Was Charged With Fraud At The Greenwich Time, But You Can Read It At Greenwich Diva's Blog

Galvin said that Madoff coached the Connecticut based company on how to answer federal investigator's questions about their investment practices, and how much they really knew about Madoff's operations.

The secretary of state said that in 2005 Madoff helped Walter Noel, founder of Fairfield Greenwich Group, with how to respond to questions from the SEC attorneys, who were exploring fraud investigator, Harry Markopolos' concerns about Madoff.

According to reports, when the SEC reported that Madoff did not commit fraud it 2007, they did it based on information they received from Fairfield Greenwich Group.

Galvin said that in April 2008, Walter Noel knew of the risks that were involved with investing with Madoff, but didn't disclose it with investors.

Galvin calls for an administrative fine and return of performance fee paid to Fairfield Greenwich by Massachusetts investors.

Alleged crook Noel, received a fee of one percent of assets under management for what was invested in Sentry Funds, plus 20 percent performance fee, which added up to $100 million from 2006 to 2008, based on the funds returns.

Please send your comments, news tips, press releases to GreenwichRoundup@gmail.com or click on the comments link at the end of this post.

You Read This Online At The Greenwich Time:

Please send your comments, news tips and press releases to GreenwichRoundup@gmial.com or click on the comments link at the end of this post.
Posted by Greenwich Roundup at 4/01/2009 09:06:00 AM No comments: Links to this post 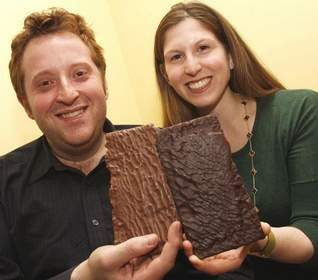 NOTE TO GREENWICH RETAILERS: Hey, If Ralph Lauren Likes "Matzel Toff!" ... It Must Be Good
Matzel Toff!
Lower Hudson Journal news
For dessert-lover Abigail Hendel Levy, Passover has always been a bit disappointing.
That's why Levy, who grew up in Mamaroneck, was thrilled when she bit into a piece of homemade toffee-chocolate matzo at her mother's Seder a few years ago.
"It was truly out of this world,'' she says. "It was the only dessert people just gobbled right up.''
Everybody was raving about it, agrees Levy's mother, Ruth Hendel, a Tony-nominated Broadway producer who customarily invites about 30 guests for Passover. "I had cooked and baked for weeks, and what did everyone eat? Chocolate-toffee-covered matzo!"
The dessert was prepared by Phillip Guttmann, 30, a playwright and avid home cook who lives in Manhattan. Before the evening was over, Guttmann was bombarded with requests.
"People were trying to place orders like he was already in business,'' says Levy, 31, an attorney who lives in Greenwich, Conn.
After realizing there wasn't much on the market beyond simple chocolate-covered matzo, Levy and Guttmann decided to team up. Last spring, after fine-tuning Guttmann's recipe - and working with Gramercy Tavern pastry chef Nancy Olson, who offered tips on extending the matzo's shelf life - the pair unveiled the product they've dubbed Matzel Toff! (which includes an exclamation point in its name).
"We thought it was a fun twist on 'mazel tov,' which means 'good luck,' '' explains Levy.....
.....The duo started off with two versions of Matzel Toff! (milk chocolate and dark chocolate with sea salt) but found it a challenge getting the product into the hands of retailers. Guttmann says he "phone-stalked" the buyer at Dylan's Candy Bar, run by Ralph Lauren's daughter, Dylan, until she finally agreed to a meeting.
Two days later, the buyer asked for 20 pounds of Matzel Toff! for Dylan Lauren to take to her family's Seder in the Hamptons.
Levy and Guttmann gladly handed over their personal stash, which they'd just started making in a kosher commercial kitchen in Brooklyn. A few days later, they got an e-mail from Dylan herself, pronouncing the dessert a big hit.....
Guttmann still gets emotional when he thinks about it:
Ralph Lauren liked the Matzel Toff!
"It was amazing,'' says Levy. "I was on such a high.''.....
Matzel Toff!
Gift boxes of Matzel Toff! (three pieces, 9.6 ounces) sell for $11.99 and $13.99 (kosher for Passover variety). A nine-bar 29-ounce family box (milk chocolate and dark chocolate only) is $26.99. For more information, and to place an order, go to http://www.matzeltoff.com/ or send an e-mail to info@matzeltoff.com.
See them live: Levy and Guttmann will be on Martha Stewart's TV show on April 8, demonstrating a homemade version of Matzel Toff!
Matzel Toff! The matzo is currently sold at four Manhattan shops: Dylan's Candy Bar, Zabar's, Joe the Art of Coffee and Russ & Daughters, on the Lower East Side.
Levy and Guttmann also distribute the product to a few shops on Long Island and several in Minneapolis, Los Angeles and Miami.
================================================================
Please send your comments, news tips and press releases to GreenwichRoundup@gmail.com or click on the comments link at the end of this post.
Posted by Greenwich Roundup at 4/01/2009 07:25:00 AM No comments: Links to this post 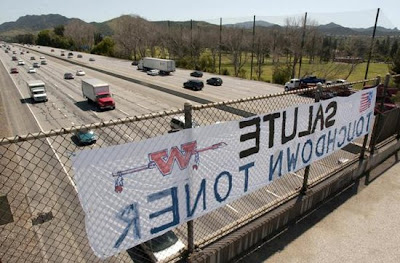 04/01/09 READER SUBMITTED COMMENTS: Up next - Bailout for scam victims?

Wonder how long it will take for the high rollers to petition our government for their losses to the Ponzi scheme devised by Bernard Madoff investments.

Don't be surprised when those purveyors of indecent profits start crying for their own private stimulus package to cover their losses.

I'm sure you have figured out why the Madoff business compadres forced him to plead guilty. Obviously, It would not serve Wall Street well to be exposed in a drawn-out trial as an accomplice along with any other relatives and "robber barons" involved in the mother of all Ponzi schemes. 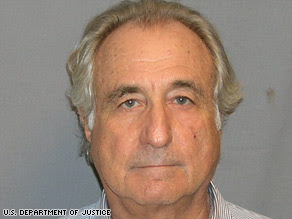 Affidavit: Madoff associates knew of scheme, joined anyway
CNN International
Associates of convicted Wall Street swindler Bernard Madoff knew he was scamming his clients but joined in anyway because of the big money they could make, a securities investigator testified in a sworn affidavit for a Connecticut court.
The testimony by investigator Edward H. Seidle on Tuesday came as a Connecticut judge froze the funds of Madoff and several of his business associates as part of a lawsuit filed for members of a city's retirement fund who say they invested with companies linked to Madoff.
In his affidavit, Seidle said Madoff's associates -- specifically the so-called "feeder funds" that handled money for Fairfield, Connecticut's retirement plan -- should have known that he was cheating his clients.
"It is my opinion ... that [the funds and their principals] were all aware that Bernard L. Madoff was engaging in illegal conduct in connection with his purported money management operations and intentionally chose to participate and support Madoff's illegal conduct in order to reap enormous illicit financial benefits," he stated.....
....Similar freezes have been ordered by judges in other suits by the roughly 4,000 alleged victims of Madoff's $50 billion Ponzi scheme.
Seidle said the people who ran the funds appear to have intentionally ignored red flags about how Madoff worked that anyone with their level of expertise would have noticed.
He noted that, for years, fund managers with similar levels of training and experience had been suspicious of the amount of money Madoff had been able to earn and had avoided working with him......
PLEASE SEE:
Court freezes assets of Madoff's family and feeder vehicles
Wealth Bulletin
The order also applies to Fairfield Greenwich Group, Tremont Group and Maxam Capital Management, and their current or former leading executives, ...
PLEASE ALSO SEE:
03/30/09 If You Want The Latest Greenwich News Read The Connecticut Post -- Town Of Fairfield Is Comming After Walter Feeder Fund" Noel's House
03/30/09 The Noel's are not like you and me -- Or -- The greedy will always be with us. ...
MORE INFO:
03/11/09 HERE COMES THE JUDGE: Walter "Feeder Fund" Noel May Soon Be Listed As A Bernard Madoff Co-Conspirator By The Department Of Justice
================================================================
Please send your comments, news tips and press releases to GreenwichRoundup@gmail.com or click on the comments link at the end of this post.
Posted by Greenwich Roundup at 4/01/2009 06:26:00 AM No comments: Links to this post 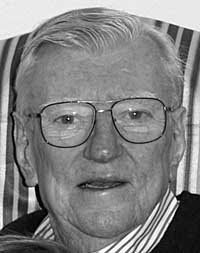 Born Jan. 17, 1927, in Cos Cob, Conn., the son of James P. and Margaret Izat McAloon, formerly of Glasgow and Ardrie, Scotland, he graduated from Greenwich High School.In July 1944, he entered the Army Air Force and served overseas with the 20th Air Force on Guam, and later Hawaii.

He returned home in November 1946 and was honorably discharged in December 1946 with the rank of sergeant......