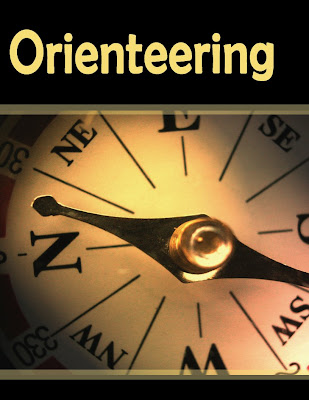 Attached please find a release regarding a program that assists fifth graders in the transition to middle school.

(For immediate release: Greenwich, CT – Sunday, April 26, 2009) Elementary Physical Education teachers in Greenwich have developed an interdisciplinary project that blends fitness, writing, map reading, and team building skills. Led by their P.E. teachers and staff from Camp Seton Scout Reservation, all fifth graders from the eleven Greenwich Public Elementary Schools will participate in a day of adventure. The event was designed to give students the opportunity to meet and interact with those students who will be in their sixth grade class in
middle school next year. The Orienteering Adventure Days are being held at the Camp Seton Scout Reservation from 9:15AM-1:30PM on April 27 (for Central feeder schools), April 28 (for Eastern feeder schools), and April 29 (for Western feeder schools). The rain dates are April 30 and May 1.

Students have been grouped with peers from their common feeder elementary schools (established by the Central, Eastern and Western Middle School clusters). In preparation for the event, students have generated and exchanged a series of letters, in both Spanish and English, to each of their teammates prior to the event. During their Physical Education classes, they have learned orienteering basics so when the event day occurs, they will be able to work together to find their way, map in hand, from activity station to station using their newly acquired map reading skills.

At each station, they will engage in small group initiatives such as rock wall
traversing, tent construction, and other fun challenges. During their mapquest, they will be led to points along the way where they will have to answer questions extracted from a variety of disciplines in the GPS 5th grade curriculum. Small groups must succeed at their tasks before the entire group can complete the journey.

All will enjoy a picnic lunch together before continuing with more adventure during the afternoon. The Physical Education Department finds this to be a wonderful opportunity to work across disciplines, take advantage of community resources, and to help pave the way for a positive transition for students to middle school.

Please send your comments, news tips and press releases to GreenwichRoundup@gmail.com
Posted by Greenwich Roundup at 4/26/2009 04:02:00 AM No comments: Links to this post

Luxury yacht sinks near mooring
By Colin Gustafson
GREENWICH -- A luxury yacht once owned by singer-songwriter Billy Joel sank into the sea early Saturday near the dock where it had been ...

Greenwich sneaker drive ends
By Frank MacEachern
Sally Davies poses Friday with the recycled sneakers she is collecting at the Greenwich dump. Today is the last day for the program and ...

Center's leaking roof causes ripple of worries
By Lisa Chamoff
A page on the social networking Web site Facebook proclaims, "Save the Old Greenwich Civic Center!" and is filled with people's memories of ...

Noise at the Griff is good sign for golfers
Clement du Toit of Greenwich hits off the first tee Friday at the Griffith E. Harris Memorial Golf Course as construction proceeds in the background for the ...

Madoff trustee demands feeder fund return earlier payouts
"We received correspondence from the trustee earlier this month," said Thomas Mulligan, a spokesman for Fairfield Greenwich Group, one of the firms that ... 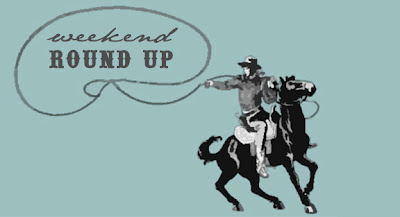 Freshwater fish records have staying power
Norwalk Advocate
On his second outing he fished for stripers and caught 3 while bucktailing in Greenwich Cove. His largest fish was a just legal 28-inches. ...

The Wrestling Bard 04.25.09: 'The Best In The World' Gimmick
411mania.com
The guy used to be a snob from Greenwich, and was later a bad boy in DX, and for a while, he ripped off Scott Steiner with the chain mail. ...

Senators bounce back from tough loss by battering Trumbull
The Hour
Greenwich chipped away, tying the game in the fifth and then pushing home the deciding run in the bottom of the ninth. Will Marr pitched five strong innings ...

In the Region
New York Times
GREENWICH Bruce Museum “Digging for Dinosaurs,” featuring fossils and a hands-on excavation area. Ages 4 and up. Through July 26. $7; seniors and students, ...

Honey, I swapped the house!
Irish Independent "We swapped with two parties during the same trip: Valerie Erde and her husband Dan Goodman in Riverside, part of Greenwich, Connecticut, who exchanged ...

Hearst Newspapers Lay Off 44 In State
Hartford Courant
Besides The Advocate, Hearst owns the Connecticut Post, Greenwich Time and The News-Times of Danbury, as well as several weekly newspapers in the state.

Ponzi Schemer Bernie Madoff: Duped Inept SEC till the Very End
ChattahBox
A few years later in 2006, another giant Madoff feeder fund, Fairfield Greenwich came under scrutiny by the SEC for failing to disclose to its investors all ...

Classic car show keeps it original
The Hour
Nearly every make, model and year is represented at Malcolm Pray's impressive classic car museum, which straddles the border of the Greenwich/New York line. ...

Biz.cal
Danbury News Times
Greenwich Chamber of Commerce will present its Lunch n' Learn program called "Marketing in a Challenging Economy" from 11:45 am to 1:30 pm at ...

The chukar in the asparagus bed
Danbury News Times
There have been records of chukars nesting in Greenwich, according to Pat Comins, director of bird conservation for Audubon Connecticut, but the birds don't ...

Discounted Art Pass a day-tripper's dream
Connecticut Post
Greenwich -- A National Historic Landmark, the Bush-Holley Historic Site in the town's Cos Cob section is a must-see for fans of American Impressionism. ...

Please send your comments, news tips and press releases to GreenwichRoundup@gmail.com or click on the comments link at the end of this post.