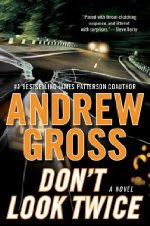 I'm working with Andy on publicity and wanted to let you know that he will be appearing at JUST BOOKS in Old Greenwich on Monday, March 9th at 7:30pm. We would really appreciate a post about the event on your blog! Please feel free to contact me if you would like to feature any other news regarding Andrew Gross's next novel DON'T LOOK TWICE, coming out on Tues March 3rd.

Please keep us posted about the latest Mystery Novel By Mr. Gross.

Greenwichites Love To Read About Greenwich Murders Being Solved

Greenwich Is One Of The Safest Places To Commit A Murder

Please send your comments to GreenwichRoundup@gmail.com or click on the comments link at the end of this post.
Posted by Greenwich Roundup at 3/01/2009 05:34:00 AM No comments: Links to this post

Jerry and His Midget-Loving Transsexuals Move to Stamford
It's true. America's most notorious talk-show host, Jerry Springer, is planning to move his show to Stamford.

Gov. Jodi Rell welcomed NBC Universal as they announced a deal Friday afternoon to set up a large television production studio at the Rich Forum Theater.

Jerry's bringing his friends, including Steve Wilkos, his former bodyguard-turned-show-host and Maury, as in, Povich. And with them, between 150 to 200 jobs. Plus, some cash. It's expected they'll make an initial investment of more than $3 million. That's a lot of paternity tests.

"This is good news at a time when we need good news, and my administration will continue to do all it can to bring good, dependable jobs to the state," Rell said.

Truck stop yields weapons, one arrested
Greenwich (WTNH) - A Florida truck driver was arrested in Connecticut at the Greenwich weigh station after being found with a 40-caliber handgun and a knife with a blade over seven inches.

The State Police Truck Squad began inspecting the vehicle at the northbound Greenwich weigh station Friday morning, when Jeraldo Muniz, 40, of Hollywood, Fla. told officers he was in possession of the weapons.

Muniz was taken to State Police Troop G headquarters in Bridgeport, where he was charged with two counts of Carrying a Weapon in a Motor Vehicle and Carrying a Handgun without a Permit. He is being held on $15,000 bond.

..."It also seems that parents are educating themselves more and I've heard many times of groups of friends going to a school counselor or guidance counselor because they're concerned about a friend. I think it's awesome."

....She pointed out that they are many great resources in Fairfield County to help people beat eating disorders, including the Wilkins Center in Greenwich and the Renfrew Center in Wilton....

....Henrick said she sees about 35-40 people a week. For the most part, those numbers have been consistent over the last five years, but she believes the Internet has made a big difference in the number of adults seeking help. That part of the population is typically harder to reach when it comes to eating disorders. Typically young adults will be referred by their pediatrician.....

Our Cities Are Devastated -- Will Obama Bail Out Urban America?
Forty years ago this month, President Richard Nixon, HUD Secretary George Romney and Washington Mayor Walter Washington took a walk around the nation's capital -- in particular Mount Vernon Square, one of the ...

... of America's hundreds of "metros," but far-cast suburbs and exurbs -- not just the Bronx, but Teaneck, N.J. and Greenwich, Conn. Tying all these areas together, reducing pollution and sprawl, is a national priority, but it shouldn't be confused with ...

....This is set in a relatively small town, mostly in Greenwich, Connecticut ... but it has global implications, from New York City to Asia to the Middle East. Can you tell us a little about the way corporate misdeeds can have massive, global, political repercussions?

Greenwich is a perfect "small" place with universal dimensions. It is the home to hedge fund barons and powerful CEOs. Yet, as I like to say, it's a town of yoga moms and dads who cheer their kids' teams from the sidelines....

UB alum charged in $500M fraud
A University at Buffalo alumnus who has contributed to the college's athletics department and is a member of the UB Foundation board has been charged with misappropriating more than $500 million in client ...

... to charges filed by the Securities and Exchange Commission the men, while operating WG Trading Investors of Greenwich, Conn., were involved in conspiracy, wire and securities fraud. The complaint details actions back to 1996 and said the men ...

The challenges of teaching science in the 21st century
The Media Room of Greenwich High School was filled Tuesday night with educators and teachers, community leaders and parents eager to explore how best to teach science to students in the 21st century.

Prep schools: Host with the most
It's an extraordinary setting.

One could easily become entranced by gazing out the picture window that occupies an entire wall of Deerfield Academy's Dewey Squash Center.

But not Ned Gallagher. He is the head of the New England Prep School Squash Association, and he was anxious to see what the business end of this state-of-the-art facility had to offer.

So, when Gallagher, who is also the Choate girls' squash coach and athletic director, brought his crew here to do battle last winter, it didn't take the veteran mentor long to like what he saw.
''I don't think he was in the facility five minutes before he asked if we could host the 2009 Boys' Class A Tournament,'' recalled Chip Davis, the Deerfield athletic director. ....

... at a trio of teams favored to become the last team standing come Sunday afternoon. Brunswick, which hails from Greenwich, Conn., owns the top seed, while Belmont Hill and Tabor are ranked 2-3. In head-to-head competition this season, Deerfield has ...

Greenwichers Fuming As Traffic Cop Disappears
Saying the neighborhood has changed, some Greenwich residents are not happy with a change to the posh Greenwich Avenue.